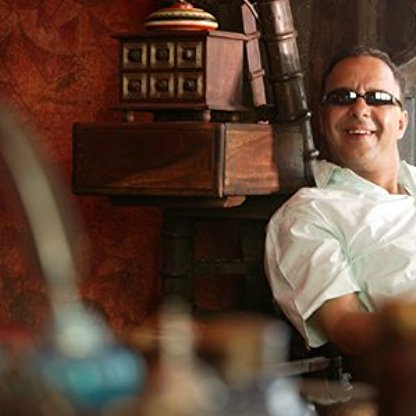 Vidhu Vinod Chopra was born on September 05, 1952, is Writer, Producer, Director. Producer - Director Vidhu Vinod Chopra made his directorial debut with Murder At Monkey Hill in 1976 that won him the National Award, which is the top honor given by the Government of India. Two years later, in 1978, this young FTII (Film & Television Institute of India) graduate made a documentary film called An Encounter with Faces, which was nominated for the Academy Awards in 1979. The poignant documentary highlighting the plight of India's destitute children, also won the Grand Prix at the Tampere International Short Film Festival. While critical praise and recognition came to him with these early works, Chopra then went on to make his first mainstream Hindi film called Sazaaye Maut (Death Row) in 1981. Critical and popular acclaim is hard to come by simultaneously, Chopra is one producer - director who has perfected the art and his body of work is testimony to this. Movies like Khamosh, Parinda, 1942: A Love Story, Kareeb and Mission Kashmir, which were directed by Chopra, were hailed by critics and audiences alike - thus bridging the gap between critical and popular cinema. The year 2003 was a year of firsts for Chopra. Moving away from direction, he wrote his first script, handed over the directorial reigns to a débutant and also made his first solo production under his banner with Munna Bhai M.B.B.S. The movie, directed by Rajkumar Hirani, went on to become one of the most popular films Indian cinema has ever seen. So impressed was the West by this movie that leading Hollywood studio Twentieth Century Fox acquired the rights of the film's screenplay from Chopra and will be adapting it into an English film. The second movie in the Munna Bhai series, Lage Raho Munna Bhai (2006) propagated Mahatma Gandhi's principles and portrayed them in a new light. The 'Gandhisim' wave that spread across India, post the release of the movie was unprecedented. Also in the pipeline is the third installment in the series called Munna Bhai Chale Delhi. Munna Bhai is the first ever successful Indian movie franchise. A firm believer in encouraging talent, Chopra also wrote and produced another débutant director's film Parineeta. Directed by ad-man Pradeep Sarkar, the movie went on toreceive critical and popular acclaim and awards galore. After a hiatus of seven years, Chopra took up the director's baton yet again with the dramatic action-thriller Eklavya: The Royal Guard. The movie won critical acclaim from the Indian and world press alike. 'A lost film by David Lean' is what L.A. Times touted it as.. Vinod Chopra Films has won national and international recognition for several of its films. 3 idiots, another Vinod Chopra Films production, has become India's biggest worldwide box office performer in history, grossing more than $100 million. Apart from the traditional market for Indian films, 3 idiots has done historic business even in non-traditional secondary markets, such as Taiwan and Korea, where the universality of the film's message has become a rage with the local audiences. After the success of 3 idiots, Vinod Chopra decided to back yet another débutant director, Rajesh Mapuskar and co-wrote Vinod Chopra Films' latest release, Ferrari Ki Sawaari with him. The film was successful at the Box-Office and was lauded by the audiences for it's beautiful message. Forthcoming films from Vinod Chopra Films include the next installment in the Munna Bhai series to be directed by Rajkumar Hirani, and Chithiyaan (Letters), a classic young love story to be directed by Tanuja Chandra. Vidhu Vinod Chopra has completed shooting the banner's first mainstream English language feature, Broken Horses, in December 2012 and the film is currently in post-production in LA. Vinod Chopra Films is one of the leading film production houses in India. Some of the best talent in the Indian film industry has either been launched or has worked with Vinod Chopra Films.
Vidhu Vinod Chopra is a member of Writer 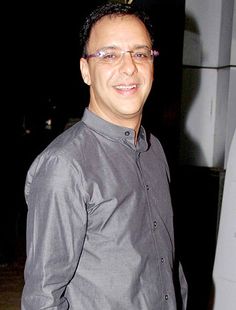 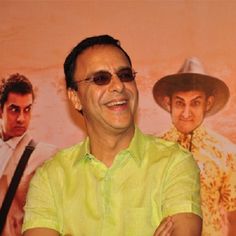 Vidhu Vinod Chopra has received one nomination at the Academy Awards, six National Film Awards (India), and five awards from fourteen nominations at the Filmfare Awards.

This was followed by a short documentary highlighting the plight of India's destitute children, called An Encounter with Faces, which was nominated for an Academy Award in the Documentary Short Subject category in 1979. It also won the Grand Prix at the Tampere Film Festival in 1980.

In a scriptwriters conference held in 2008 Abhijat Joshi, who co-wrote Munna Bhai MBBS with Rajkumar Hirani, stated the following as the commandments Vidhu Vinod Chopra follows while writing screenplays. Though Chopra claims these to be Ingmar Bergmen's commandments, Joshi was unable to find any such reference in his later researches.

In the 2012 Sight and Sound Polls, held every 10 years to select the greatest films of all time, contemporary Directors were asked to select 10 films of their choice. Chopra picked the following films:

His first feature film, shot in black-and-white, was Sazaa-E-Maut (Death Penalty) – a thriller made on a shoestring budget with then-unknown actor Naseeruddin Shah and Editor Renu Saluja, who were his fellow students at FTII, Pune. His critically acclaimed films include Parinda, 1942: A Love Story, Mission Kashmir, the Munna Bhai series, Parineeta, and 3 Idiots. His Hollywood film "Broken horses" was received poorly by critics and audiences with a rotten tomatoes rating of 22% and was declared as a box office disaster.