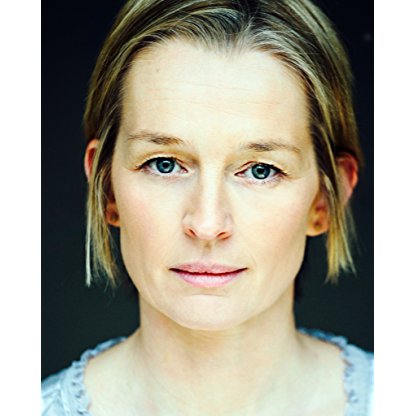 Vanessa Earl was born on August 16, 1980, is Actress. Award-winning actress and theatre-maker Vanessa Earl trained at the prestigious Parisian theatre school L'Ecole Jacques Lecoq after completing a degree in Drama and English. Originally from the Midlands in the UK, Vanessa has worked internationally in theatre, television and film for among others, the RSC, the National Theatre, and the BBC.
Vanessa Earl is a member of Actress 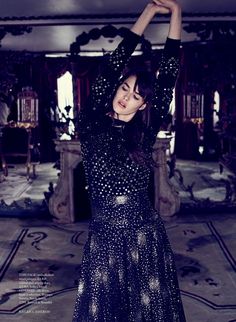 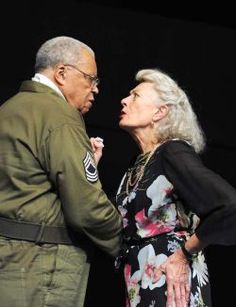 Her interest in music began at an early age. At the age of 2, she visited Disneyland Park and played "It's a Small World" on the piano when she came home. Her mother then began to tutor her. She was introduced to classical music from a young age. By the age of 9, she had become passionate about ballet. In 1994, when Carlton was 14 years old, she enrolled at the School of American Ballet. Upon graduation, she put on vocal performances at nightclubs in the community, beginning to feel more comfortable and dynamic on the stage. Carlton was signed to A&M Records in 2001.

With her previous unsuccessful recording efforts, Carlton felt there was a lack of direction at her label. However, A&M President Ron Fair upon hearing her demo to "A Thousand Miles", began organizing recording sessions for the song, producing and arranging the song himself. It became a hit, peaking inside the top five on the Billboard Hot 100 and went on to become the sixth-most-played song of the year, as well as garnering Grammy Award nominations for "Record of the Year", "Song of the Year", and "Best Instrumental Arrangement Accompanying Vocalist(s)". Fair would produce the rest of the album. Be Not Nobody was subsequently released in April 2002 and debuted at number five on the Billboard 200 albums chart with 102,000 units sold. It went on to sell more than two million copies worldwide. Two more singles, "Ordinary Day" and "Pretty Baby" were released. Carlton began touring in support of her debut album, opening for the Goo Goo Dolls and Third Eye Blind, before headlining her own tour at the end of 2002. She later toured Europe in 2003.

Carlton stated that the album contained more of her own aesthetic as opposed to Be Not Nobody which was more influenced by Ron Fair. A single, "White Houses", released to radio in late-August 2004, peaking at number 86 on the Billboard Hot 100. MTV censored and later banned the single's music video because of a controversial lyric in the song that refers to sexual intercourse. Carlton attributed the censoring of the song to the Super Bowl XXXVIII halftime show controversy involving Janet Jackson which had occurred earlier that year.

In 2005, Carlton completed the New York City Marathon and donated the pledge money she collected to Musicians on Call, a nonprofit organization that brings live and recorded music to patients' bedsides.

Heroes & Thieves was released and greeted with generally positive reviews. It debuted at number 44 on the U.S. Billboard 200, "Nolita Fairytale" was the first single and peaked at number 26 on Billboard's Adult Top 40 Tracks chart. To promote the album, Carlton embarked on the Haunted Club Tour, from November 2 to 24, 2007. Second single "Hands on Me" was sent out to radio in February 2008 and reached number 30 on Billboard's Adult Top 40 Tracks chart. One song on the album was "Spring Street," based on Spring Street in SoHo in Manhattan. Carlton parted amicably with The Inc. once her promotional commitments to Heroes & Thieves had passed.

She contributed a stripped-down version of the song "More than This" to Songs for Tibet, an album compiled in support of Tibet to underline its human rights situation. On September 25, 2008, Carlton and several other Musicians and Scientists departed on a nine-day trip to the Arctic Circle. On behalf of the charity Cape Farewell, they worked alongside researchers for the purpose of studying climate change. Carlton had been a part for PETA's Animal Birth Control Campaign; she owns a long haired dachshund named Lord Victor.

On June 19, 2010, Carlton came out as bisexual while headlining Nashville Pride. She stated to the attending audience, "I've never said this before, but I am a proud bisexual woman".

Carlton's fourth studio album Rabbits on the Run was released on July 26, 2011 under Razor & Tie, the third record label she signed with. Before recording the album, Carlton was unsure whether she wanted to make another record or pursue film scoring instead. After deciding to try again, she decided that she needed to record in the ideal environment, choosing to record at Real World Studios Box, England. She chose the title for the symbolism often depicted by rabbits – 'time slipping, mind floating' – which is something she has been relating to for the past few years. The album was further inspired by Stephen Hawking's A Brief History of Time and Richard Adams's Watership Down. The dreamy, fantastical sound of the album was achieved by recording direct to tape and features production by Steve Osborne. First single, "Carousel" was released on May 3. On September 19, a tweet in Carlton's account made by her management stated that "I Don't Want to Be a Bride" would be the next single off the record. Via Twitter, Carlton announced that her label wouldn’t produce a video for "I Don't Want to Be a Bride," instead producing one for "Hear the Bells". The music video, which Carlton describes as her most revealing to date, was released on June 7, 2012.

Carlton announced that she had returned to Real World Studios in late 2012 to commence work on a new album related to euphoria. She has since clarified on Twitter that "Euphoria" is not the actual name of the new album, nor is it straightforward electronically fabricated.

On October 9, 2013, at a live performance in Bay Shore, New York, Carlton announced that she was expecting her first child with her fiance John McCauley (of the band Deer Tick), and was very early on in her pregnancy. In November, she announced she had experienced an ectopic pregnancy, in which she later suffered a ruptured tube and internal bleeding. After surgery, her entire right fallopian tube was removed. On December 27, 2013, Carlton and McCauley married in a ceremony officiated by Stevie Nicks.

On June 26, 2014, Carlton announced via Facebook that the release of Liberman would be delayed until the summer of 2015 because she was expecting another child with McCauley. On January 13, 2015, Carlton gave birth to her first child, a daughter named Sidney.

On April 20, 2015, it was announced that Carlton has signed with Dine Alone Records for the release of Liberman, which would be released in October 2015. Esquire premiered "Young Heart", a song not expected to be included on the album but released as a "pre-release single." On June 15, 2015, Carlton released the song "Blue Pool" through Nylon Magazine's website. The song is included on the Blue Pool EP, released digitally on July 24, 2015. The songs included on the EP will be part of a deluxe version of her full-length album, Liberman. On August 3, 2015, Southern Living premiered the official music video for "Blue Pool." On August 27, 2015, USA Today premiered the official lyric video for "Willows." The album artwork for Liberman was also revealed along with its release date of October 23, 2015.

Vanessa released 'Liberman Live' on October 21, 2016. The album consists of 8 live tracks recorded while on tour in Nashville, TN.

Carlton has performed a song titled "Love Is An Art" throughout 2017, and has stated that it may be the title of her new album. As of June 28, 2017, she has begun writing songs for it.

Beginning in March 2018 Vanessa will begin to release one cover song a month while she continues work on her sixth album. The first of six songs will be released digitally March 23, 2018 and it will be "Call Your Girlfriend" by Robyn. The second, a cover of Fleetwood Mac's "Dreams" will be released April 20, 2018.