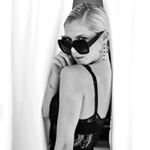 German actress who is known for her rolls in Good Times, Bad Times, SOKO Munich, and Marienhof.

Her first major role cam in the show Fosthaus Falkenau. She began working on the show in 2002.

She began acting with her sister Cheyenne at the age of three.

She is a fan of actor Dwayne Johnson.