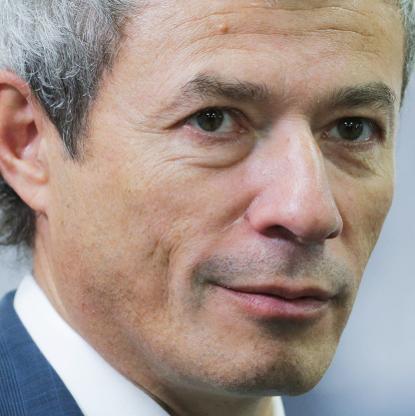 Vadim Moshkovich was born in Moscow, Russia, Russia. Vadim Moshkovich started out selling apartments, vodka and oil in the early 1990s. Next he invested in land and created Rusagro, an agro-industrial holding company that became one of Russia's largest sugar and pork producers. Moshkovich spent eight years in the Russia's Federation Council, the upper house of parliament, before resigning in December 2014. He has been board chairman of Rusagro since May 2015. Moshkovich began construction on the Letovo International School, his charity project for talented children, in January 2017.
Vadim Moshkovich is a member of Food and Beverage

Vadim Moshkovich was born in Moscow in 1967. He attended mathematical school #57 in Moscow, and graduated from the Moscow State Institute of Radio Engineering, Electronics and Automation in 1992. He is married and has three children.

Agriculture
Vadim Moshkovich entered the agricultural Business in 1995, beginning with sugar imports. From 1997-2003 he began acquiring sugar processing plants, and in 2004 he established Rusagro Group. The company grew to become one of the largest vertically integrated agricultural holdings in Russia, working in four Business segments:

Real Estate Development
Vadim Moshkovich controls Masshtab, one of the largest Russian development companies, focused on New Moscow (Novaya Moskva), an area which was absorbed by the City of Moscow in July 2012. The company has more than 2,580 hectares in New Moscow. Upon entering the real estate sector, Mashtab hired McKinsey & Company to study the world’s most successful cities. These studies resulted in a development plan which, in a break with typical post-Soviet practice, aims to create an urban space that provides not only new residential blocks, but also ample social and transport infrastructure, and to facilitate local job creation in line with global best practice. Moshkovich cited the City of Irvine, California as an Example of a well planned new city built on former agricultural land that continues to attract residents and create local jobs. In 2013, Moshkovich donated 307 hectares of land to the City of Moscow to be used for the construction of an administrative and government center in New Moscow.