Ugyen Wangchuck was bornon June 11, 1862 in Bumthang District, Bhutanese, is The First Druk Gyalpo (King of Bhutan). Gongsa Ugyen Wangchuck was the first Druk Gyalpo (King of Bhutan). He played an important role in creating peace and harmony in Bhutan thereby consolidating the country’s sovereignty and independence. Trained in combat and statesmanship from, he was unanimously chosen to take over as the sovereign of Bhutan. He extirpated the threat of civil war and consciously made many decisions that kept Bhutan united through times of rivalry and conflict. He was a visionary who understood the importance of western education and built numerous schools. He developed long-lasting friendships with monks and helped establish a dharmic consciousness in the country. He was a trustworthy ruler who was respected by not just his people, but many of the British officials of the time. Many of his reforms were aimed at the betterment of his people and as such his able administration, wise diplomacy, and internal reforms were welcomed heartily.
Ugyen Wangchuck is a member of Historical Personalities 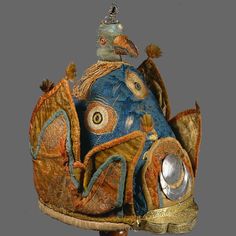 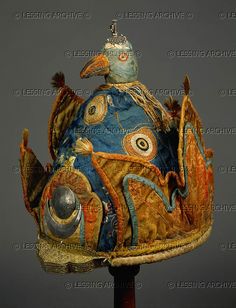 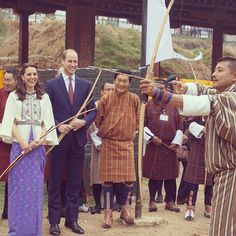 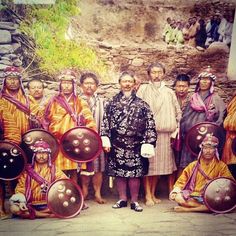 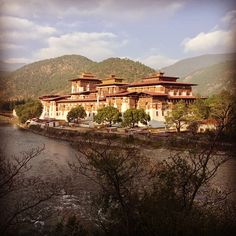 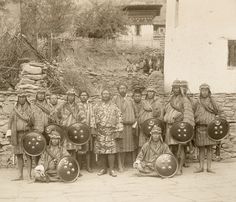 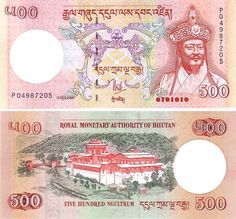 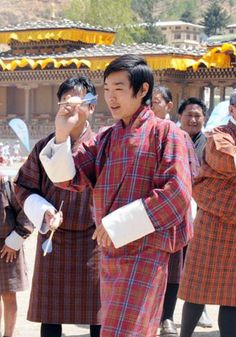 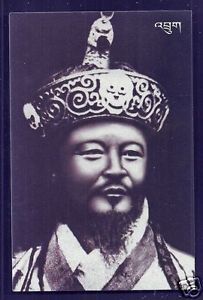 King Ugyen Wangchuck had close relationship with many Buddhist spiritual masters such as Lama Serkong Dorji Chang (1856–1918), Tertön Zilnon Namkha Dorji, and the 15th Karmapa Khachyab Dorji (1871–1922). In 1894, aged 33, he undertook the construction of Kurjey temple, one of the landmarks of Vajrayana Buddhism in the world. The middle lhakhang in Kurjey, with its towering Guru statue, was built in 1894 by King Ugyen Wangchuck. His Majesty was a great benefactor to the dratshangs (monastic bodies) throughout the country. As part of his vision for scholarship and education of young Bhutanese, he sent two groups of Bhutanese to study up to geshey level in Tibet. Twice, in 1915 and 1917, he sent batches of young monks to Zhenphen Choki Nangwa (1871–1927) in Dokham. They later returned to Bhutan and became influential geshes (doctorate level) and lamas, serving as radiant sources of Buddhist teachings. One of the iconic pilgrimage centres of Buddhism is the Swayambhunath Temple in Kathmandu, a monastic enclave held by Bhutan. It was renovated mostly with King Ugyen Wangchuck’s personal funds. Kagyu Lama Togden Shacha Shri (1853–1919), with whom King Ugyen Wangchuck corresponded a great deal, supervised the renovation on behalf of King Ugyen Wangchuck.

Ugyen Wangchuck was born in Wangducholing Palace, Thimphu in 1862 and died in 1926 in Thinley Rabten Palace, Phodrang. Both of these places are in "Choekhor" valley in Bumthang. King Ugyen Wangchuck was a farsighted statesman and strategist. He was also a pious practitioner of buddhism, particularly during his later years.

His Majesty King Ugyen Wangchuck was acutely conscious that Bhutan must to be protected through times of regional conflict and rivalries. His Majesty was exquisitely farsighted in updating the treaty of 1865 in 1910, with an additional clause. The new clause was that Bhutan would consult British India in its dealing with third countries. The clause was drawn up in the context of the British suspicion about the influence of the Chinese and Russians in Tibet, and beyond.

He was apprenticed at the court of Druk Desi Jigme Namgyal (his father) in the art of leadership and warfare at a very young age. Because he grew up in an embattled period, Ugyen Wangchuck was trained as a skilled combatant. At the age of 17, he headed his troops in the battle against the 20th Paro Penlop Tshewang Norbu. When Ugyen Wangchuck was barely 21, his father Desi Jigme Namgyel died, leaving him to strike his own role as a leader in the country. In 1885, following the death of his father, when he was 23 years old, he led 2400 troops in a series of battles that culminated in Changlimethang.

Ugyen Wangchuck, then 12th Trongsa Penlop, joined the Younghusband Expedition to Tibet in 1904, as a mediator between Britain and Tibet. His next official visit abroad took place in 1906 when he travelled to Kolkata to meet the Prince of Wales. Penlop Ugyen Wangchuck was not yet formally the King, but the role he took clearly suggests that he was indeed the ruler for all practical purpose for many years before he was crowned King in 1907. King Ugyen Wangchuck’s last visit to India took place in 1911, when he went to Delhi to meet King George V (1865–1936), who was the Prince of Wales when they met earlier in 1906 in Kolkata, the seat of Viceroy of India. The British Political Officer for Bhutan was Sir John Claude White until 1908 when he was succeeded by Charles Alfred Bell (1870–1945). John Claude White developed a deep respect for King Ugyen Wangchuck, and wrote: "I have never met a native I liked and respected more than I do Sir Ugyen. He was upright, honest, open and straightforward." White also took the photographs at the King's 1907 coronation.

Bhutan had been ruled under 57 successive Druk Desis for 256 years until Buddhist monarchy was established. Ugyen Wangchuck founded the monarchy in 1907, although he had been more or less the actual ruler for almost a decade. In British records, he is referred as the 12th Trongsa Penlop – the ruler of Bhutan. On 17 December 1907, Trongsa Penlop Ugyen Wangchuck was elected unanimously by the representatives of the people, the officials and the clergy and enthroned as the first hereditary King of Bhutan in Punakha Dzong. A legal document on the institution of monarchy was attested with signet-rings and thumbprints, on that day. British political officer, Sir Claude White (1853–1918), represented the British government at the enthronement ceremony. Since that day, 17 December is celebrated as the National Day of Bhutan.

In 1926, aged 64, King Ugyen died in Phodrang Thinley Rabten. The Crown Prince Jigme Wangchuck was then about 23.

King Ugyen's commitment was not only confined to spreading monastic education. Following his visits to Kolkata and Delhi, he began to establish schools. The first were established in Lame Goenpa and Wangducholing, with 14 Bhutanese boys from both eastern and western Bhutan. Later, the number increased to 46. By then, students were being sent to missionary schools in Kalimpong. Those members of the first batch of students became important officials in 1930s and 1940s. King Ugyen took the initiative to sow the seeds of western education, as well as strengthen the roots of dharma in Bhutan.