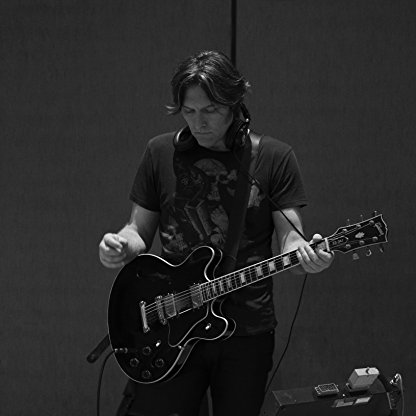 Tyler Bates was born on June 05, 1965, is Composer, Soundtrack, Music Department. Long before he cemented himself as a highly sought-after composer, guitarist, songwriter, and record producer, Tyler Bates resided in a haunted rural Illinois log cabin ranch previously owned by none other than Al Capone. Between two exorcisms on the property and an "odd" job unwittingly digging graves, the multi-talented musician indubitably developed an infinite imagination during his formative years.With an intrinsic understanding of an environment's power, perhaps it's no coincidence that Bates has become not only an artisan at architecting music for film, television, and video games, but an in-demand multi-instrumentalist, writer, and producer. Through the nineties, he logged 1,200-plus live shows in his bands, including Pet, released on Igloo/Atlantic records, under the guidance of Tori Amos, before segueing into the world of film score. He started to make waves by creating the menacing audio backdrop for the popular Zack Snyder Dawn of the Dead reboot in 2004 followed by his soundtrack for the filmmaker's 300, which remains one of the 21st century's biggest-selling score albums. His oeuvre expanded to include Watchmen and Sucker Punch both helmed by Snyder, several collaborations with Rob Zombie including, The Devil's Rejects, Halloween, and Halloween II-and Killer Joe directed by Academy Award® winner William Friedkin. Bates is always seeking what he refers to as "a music moment."By 2017, his vision would audibly enhance two of the most successful franchises in recent memory: Marvel's Guardians of the Galaxy and John Wick. In addition to composing for Guardians of the Galaxy Vol. 1 & Vol. 2 and winning a BMI Film Music Award for the first, he co-wrote and produced a fan favorite "disco version" of "Guardians Inferno" [feat. David Hasselhoff], performed the second installment's score at the 2017 MOSMA Festival in Spain, and crafted the music for the Disney California Adventure attraction Guardians of the Galaxy - Mission Breakout!Meanwhile, John Wick: Chapter 2 represents the nexus of his work as a composer, performer, and songwriter. He penned the closing credits tune "A Job To Do" alongside legendary Alice In Chains guitarist and vocalist Jerry Cantrell and performed on-screen during the climactic "Rock Opera" sequence, rocking a guitar-viol on stage with Le Castle Vania and Nostalghia. Samurai Jack offered a similar experience. After overseeing score production for Samurai Jack with composers, Joanne Higginbottom and Dieter Hartmann, he took the stage to perform a suite of the score at a sold-out Ace Theatre concert. Samurai Jack just one of his many TV credits. His sonic presence can also be felt throughout Showtime's Californication, Audience Network's Kingdom, WGN America's Salem, and more as well as video games such as Killzone: Shadow Fall, God of War: Ascension, Army of Two 40th Day, and most recently the largest first-person shooter app in the world China's Crossfire. Along the way, he wrote a theme for his favorite NFL team the Tennessee Titans even performing the "Star-Spangled Banner" solo guitar in the rain during a Thanksgiving 2015 game. 2014 saw the birth of a powerful partnership with Marilyn Manson. After meeting on a Californication performance, Bates went on to co-write and produce the 2015 epic, The Pale Emperor. A runaway worldwide success, it crashed the Top 10 of the Billboard Top 200 at #6 and earned widespread critical acclaim with Rolling Stone hailing it as the "#1 Metal Album of 2015." Stepping into the spotlight as the band's lead guitarist, he dedicated over a year to touring in support of the album on the headline Hell Not Hallelujah Tour, an arena run with Slipknot, and various festivals worldwide. In 2017, they once again joined forces in the studio for the follow-up Heaven Upside Down with a world tour kicking off July 20th, in Budapest.He's certainly tapping into that fire in 2017 and 2018. Bates handled music for the blockbuster Atomic Blonde starring Academy Award® winner Charlize Theron. For the project, he also produced Health's cover of "Blue Monday" and re-invigorated and revitalized Ministry's "Stigmata" with Manson for key sequences in the film. On the big screen, he can be heard in the critically acclaimed The Belko Experiment as well as Public and 24 Hours to Live, while his voice permeates NETFLIX's The Punisher and season 2 of The Exorcist. You could say his infinite imagination continues working overtime.
Tyler Bates is a member of Composer 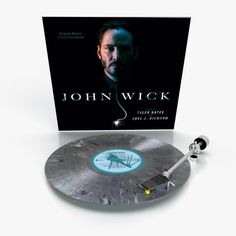 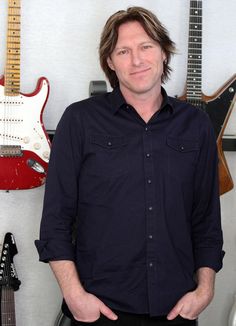 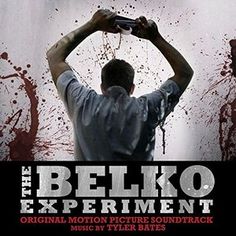 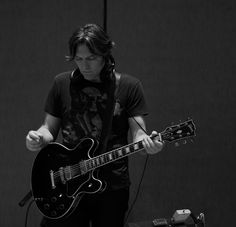 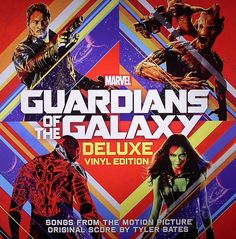 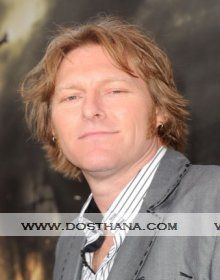 Bates began his career in the 1990s scoring low-budget films like Tammy and the T-Rex, The Last Time I Committed Suicide, and Denial. His breakthrough into the mainstream arguably came in the early 2000s, when he worked on higher-profile projects like Get Carter, Half Past Dead, and Baadasssss! The 2004 remake of Dawn of the Dead was significant, as he would maintain long-term collaborations with its Director Zack Snyder, and Writer James Gunn.

Bates scored four of Director Rob Zombie's films, beginning with 2005's The Devil's Rejects. For Zombie's remake of Halloween and its subsequent sequel, Bates adapted John Carpenter's original themes and motifs in order to fit the darker, grittier, and more contemporary atmosphere of the films. It was around 2007 that Bates began working regularly on big-budget, blockbuster films; including 300, Doomsday, The Day the Earth Stood Still, Sucker Punch, and Conan the Barbarian. This did not, however, dissuade him from composing scores to smaller, independent films like The Way, Killer Joe, The Sacrament, and Flight 7500.

In 2014, Bates co-wrote and produced Marilyn Manson's record The Pale Emperor. The album debuted at number 8 on the Billboard 200, while the single "Deep Six" went on to chart higher than any other single by Marilyn Manson on Billboard's Mainstream Rock Chart. Bates joined the band in 2015 as the lead Guitarist for The Hell Not Hallelujah Tour. The album's song "Cupid Carries a Gun" was used as the opening title music of the TV show Salem, and Bates composed the show's score. In April 2015 he left Marilyn Manson to resume film work.

In October 2015, during a Q&A with Marilyn Manson at the Grammy Museum, Manson announced that he and Tyler were working on new music together again. In 2015 Loudwire listed 'The Mephistopheles Of Los Angeles' No. 1 best rock track & Rolling Stone included 'The Pale Emperor' in its Top 50 list of the best albums of 2015. He returned as the lead Guitarist during the tour with Slipknot in July 2016. In 2017, they once again joined forces in the studio for the follow-up Heaven Upside Down with a world tour kicking off July 20th, in Budapest, playing more than a 100 shows around the world. In January 2018, Tyler decided to return to his studio and work exclusively on film and television.

That same year, Bates composed the score to the stylish neo-noir action film John Wick, collaborating with Joel J. Richard and Marilyn Manson. The film proved a surprise critical and financial success, and Bates returned to score its 2017 sequel. He re-teamed with that film's co-director David Leitch to score a spiritual successor, the Cold War-era spy thriller Atomic Blonde.

Bates composed the Soundtrack for the PlayStation 3 games God of War: Ascension and Army of Two: The 40th Day, as well as the PlayStation 4 game Killzone Shadow Fall. Most recently he composed for the largest first-person shooter app in the world, China’s Crossfire.