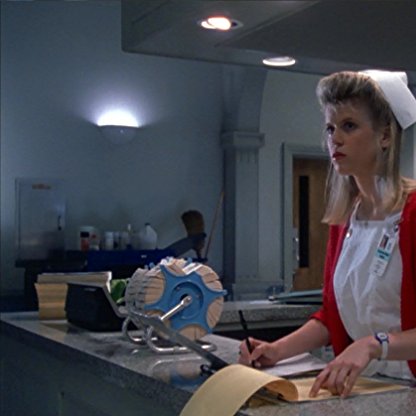 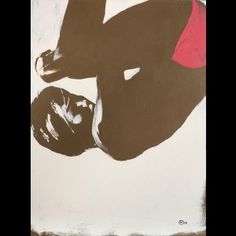 Tracy W. Thorne was born c. 1967 and grew up in a well-off family in West Palm Beach, Florida. Following his graduation from Vanderbilt University, he entered the US Navy in 1988, inspired by reading Stephen Coonts' novel Flight of the Intruder about naval aviators in the Vietnam War. He was first in his FLIGHT training class, and served in Attack Squadron 65, the "Fighting Tigers", at Oceana Naval Air Station flying the A-6 Intruder. Initially denying his homosexuality, Thorne accepted it in 1990 when he visited a gay bar for the first time on New Year's Eve.

In 1992, Thorne came out to his squadronmates, who he later stated were supportive: "It was a complete non-issue". In April he spoke with an aide of Colorado congresswoman Pat Schroeder, who encouraged him to go public with his story to build popular support for a bill to overturn the ban on gay Service members. Thorne agreed to do so, and completed the process of coming out to family members, including his father and brother. On May 19, 1992, during a presidential campaign in which Democratic candidate Bill Clinton was proposing an end to the military's exclusion of homosexuals, Thorne openly identified as homosexual during an interview with Ted Koppel on the ABC television news program Nightline. Thorne later appeared on NBC's Today Show and CNN's Sonya Live.

Within days, the Navy began discharge proceedings against him, though he was not formally discharged until 1995. By the time of his first discharge hearing in August 1992, Thorne had reached the rank of lieutenant. On May 11, 1993, he testified before the U.S. Senate Armed Services Committee, which was surveying the opinions of Service members on the question of Service by open homosexuals. He told the senators that his discussion with his peers following his television disclosure was "a nonevent" and called the policy banning Service by homosexuals "Government-sanctioned discrimination." During the committee session, South Carolina Senator Strom Thurmond advised Thorne to seek psychiatric help.

In 1994, President Clinton instituted "don't ask, don't tell" (DADT), a policy which barred open homosexuals from military Service but forbade officers to investigate the sexuality of Service members. Thorne's previous assertion became a test of this new policy, and proceedings against him continued. While Thorne's discharge proceedings were under way, he was awarded the Navy Achievement Medal for "superb leadership, exceptional professionalism and total devotion to duty". In 1994, a Navy board of inquiry recommended that Thorne be honorably discharged, though the discharge was not official until May 6, 1995.

Thorne's various cases left him with a new interest in the law. He pursued a degree at the University of Richmond School of Law, graduating in 1997.

Thorne then brought suit in federal court to overturn the discharge; the court ordered his reinstatement while the case proceeded. After he lost his challenge to DADT in both U.S. District Court and the Fourth Circuit Court of Appeals, the Supreme Court declined to hear his appeal on October 19, 1998, and he was again discharged.

Thorne-Begland lives with his husband, originally Michael Begland, a Richmond attorney. They have combined their original Surnames, and both use the surname Thorne-Begland. They had a commitment ceremony in 2001 after 8 years together and soon decided they wanted to have children. Using eggs from Michael Thorne-Begland's sister and sperm from Tracy Thorne-Begland, they used a surrogate to give birth to their twins in 2004 in a Maryland hospital.

Thorne-Begland commented that he was "looking forward to continuing to serve the citizens of the city of Richmond and the great commonwealth of Virginia" in his role as a prosecutor. A month later, on June 14, the Richmond Circuit Court judges appointed him to the position for which he was rejected by the legislature. The temporary appointment began July 1, 2012, to expire 30 days after the date the next legislative session began. Governor McDonnell's spokesman congratulated Thorne-Begland on the appointment, stating, "the Governor believes Mr. Thorne-Begland is well-qualified to serve on the bench". Marshall called the move "highly imprudent and arrogant" of the judges: "They're contesting the authority of the General Assembly. . . . This is an act of defiance on their part. When appointed officials get in fights with elected officials, they invariably lose." Thorne-Begland stated that "I look forward to serving the citizens of the City of Richmond as a jurist, and over the coming months, I hope that my Service provides comfort to all Virginians that I remain committed to the faithful application of the laws and Constitutions of Virginia and the United States of America."

On January 15, 2013, the House of Delegates elected Thorne-Begland to a full six-year term with a vote of 66–28, with one abstention. The 28 votes against him were all cast by members of the Republican party. The Senate followed with a vote of 28–0, with 12 Republican senators not voting. Thorne-Begland was the first openly gay jurist elected by the General Assembly. He was sworn in for his full term on March 1, 2013.