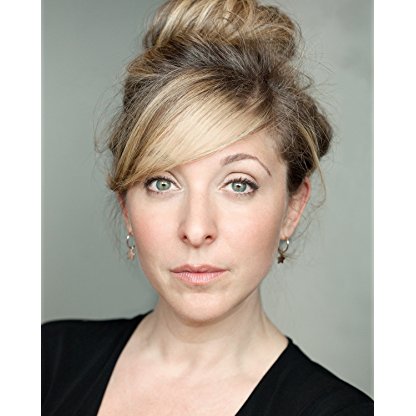 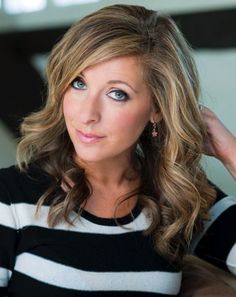 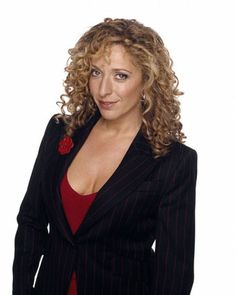 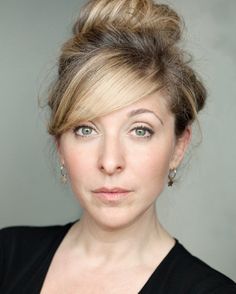 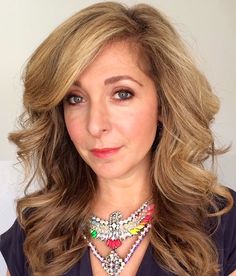 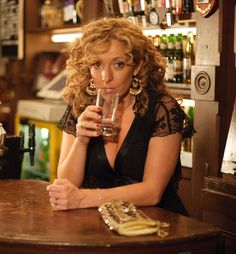 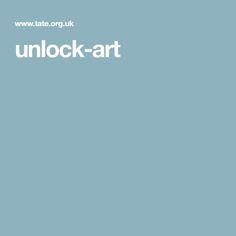 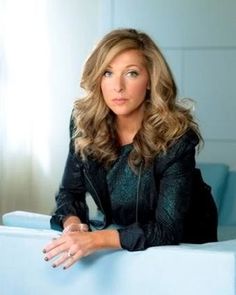 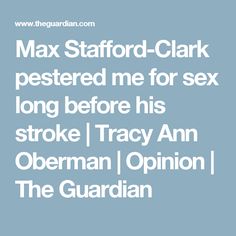 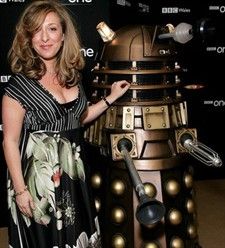 Oberman was born in Brent, Greater London. She grew up in North London, attending Heathfield School for Girls, before going on to study Classics at Leeds University; however, after a year she moved to Manchester University to pursue drama. After graduating she was accepted into the Central School of Speech and Drama, where she trained as an actor. In 1991, Oberman studied for a term at the Moscow Art Theatre School as part of her training. Oberman has spoken of how her drive for professionalism was a result of her parents' initial concern with her career choice.

After leaving the Central School of Speech and Drama, Oberman joined the Royal Shakespeare Company. In 1993 she took part in the RSC's award-winning production of Christopher Marlowe's Tamburlaine as "Olympia". This was followed by roles in The Changeling, as "Diaphanta", A Jovial Crew in the part of "Joan Cope", and The Beggar's Opera where she played Molly Brazen. In 1994 she completed her run at the RSC playing in Macbeth and A Christmas Carol. After performing in a number of West End productions, Oberman played at the National Theatre in Clifford Odets' Waiting for Lefty during 1999. This was followed by a starring turn in School Play at the Soho Theatre. The play was lauded by Guardian critic Michael Billington as a "remarkable" production, with Billington also praising Oberman for her successful portrayal of Miss Fay as "the Teacher torn between her own career and her pupil's potential".

Her first major television role was in 1997 when she was cast as Zoe Gerrard, a security officer in the medical drama Casualty. In 1998, she joined the cast of Comedy Nation, a satirical Sketch show that featured some of Britain's leading up-and-coming comedians, such as Sacha Baron Cohen, Julian Barratt, and Robert Webb. This was followed by an assortment of parts in various television productions, including a performance in a two-part story for the police serial The Bill in 2000. That year Oberman was cast as series regular "Beverly Jordan" opposite Michael Barrymore in Bob Martin, and became a lead performer in the award-nominated Lenny Henry in Pieces, starring actor/comedian Lenny Henry, which ran until 2003. In 2002 Oberman joined the second and final series of the Sketch show Big Train, performing beside comedians Simon Pegg and Catherine Tate. The following year saw the Harringham Harker move from radio to television as part of BBC 2's Autumn line-up alongside The Office and Coupling, with Oberman continuing in her role as lead and Writer.

She has acted in radio drama and radio comedy, appearing regularly on BBC Radio 4 as a member of the station's unofficial "repertory" company, including; The Way It Is (1998–2001), the leading role in The Attractive Young Rabbi (1999–2002), The Sunday Format (1999–2004), and Getting Nowhere Fast. Oberman has appeared in over 600 radio plays.

She has appeared in many TV programmes including; The Way It Is (2000), Bob Martin (2000–2001) opposite Michael Barrymore, Lenny Henry in Pieces (2000–2001), Big Train (2002), SuperTex (2003) and in episodes of Doctors, The Last Detective, Where the Heart Is, The Bill, Casualty. She played the previously unseen character of Marion in a special half-hour episode of the monologue series Marion and Geoff in 2001. "New Tricks"( BBC1), "The Best of Men" (BBC2), Toast of London and "Friday Night Dinner" both for Channel4.

In 2003, Oberman returned to the National Theatre in Edmond, playing opposite Kenneth Branagh in her debut at the National and Branagh's return to acting after six years of directing. Her role as wife to Branagh's title character was well received by critics, Norman Miller in a BBC News review commending Oberman for making a particular "impression" despite being only one part out of thirty "whirling through scenes" in a play that runs barely over an hour. That year also saw her star in Hello and Goodbye at the Southwark Playhouse in what would be her final stage performance for four years. The play was highly acclaimed. According to Fiona Mountford in The Evening Standard, the production was "given the outing of its life by" Oberman and her co-star, Zubin Varla. The review in The British Theatre Guide was similarly positive, praising Oberman who "rages away" in the role of "Hester", and delivers "one of the best performances in town".

In 2004, Oberman became engaged to music Producer Rob Cowan. The couple were honeymooning in Thailand when the 2004 Indian Ocean tsunami struck. In an interview with The People, Oberman described the experience as "one of those crystallized moments in my life. It's made me focus on the people I love. It also showed me the incredible generosity people are capable of. When you have seen something like that, you also stop taking the trivia so seriously".

In 2005, Oberman was cast in Mike Leigh's play Two Thousand Years at the National Theatre but had to drop out when she became ill. In August 2006, Oberman gave birth to a girl at a Central London hospital.

From 2006–2007 Tracy-Ann Oberman was a regular columnist for The Guardian newspaper.

Oberman has appeared as a guest reviewer on an episode of Film 2007 with Jonathan Ross, as a contestant on a Doctor Who special of The Weakest Link. She was the second one voted off. And as a special guest performer in Tim Crouch's two-hander The Oak Tree at the Soho Theatre. In 2004 she came a close second place on Celebrity Mastermind, specialist subject being The Imperial Roman Family Augustus to Claudius Caesar.

In July 2008 Oberman continued her theatre run by starring in the world premiere of On the Rocks as Frieda Lawrence, wife of Novelist D. H. Lawrence. The play, by Amy Rosenthal, follows the marriage of the Lawrences during one idyllic summer in 1916, and received generally favourable reviews, with Arts critic Michael Billington describing Oberman's performance as "capturing Frieda's intense love-hate relationship with her impossible partner". Similarly, the Mail praised "Miss Oberman" as "convincingly saucy and dim", but questioned whether her German accent needed to be "Kvite So Heffy?". The censure was echoed by Nicholas de Jongh in the Evening Standard in his less than enthusiastic review of the play, criticising Oberman for her "often unintelligible German accent". However, most reviews followed the line taken by Benedict Nightingale of The Times in declaring Oberman to have given a "fine performance... as a gloriously sensual, blowsily defiant Frieda".

Oberman wrote and performed in her first BBC Radio 4 play which went out to great critical acclaim on 29 April 2010. Catherine Tate played Bette Davis and Oberman herself ( after persuasion by the Producer ) played Joan Crawford with Lorelei King as Hedda Hopper. The play was Pick of The Week by Gillian Reynolds and garnered a huge amount of press interest due to the subject matter, and it being Oberman's first radio play.

In 2011 Oberman appeared in Born To Shine singing folk music and playing the guitar.

Oberman described her work as "A kind of Three Sisters via Woody Allen", reflecting the humour she saw in Chekhov's story. She expanded upon this personal connection in an article for The Guardian: "Chekhov wrote about a world I recognised from my childhood – where intense pain is covered by bravura and humour, and where intense longing is masked by self-deprecation and wit. There was the same obsession with death, the same fierce familial loyalty, the same tendency toward melodrama – as well as a great passion for food." After returning from Moscow, Oberman continued to work on her reinterpretation for the next 15 years, but lacked the confidence to take her project further. However, after her success in EastEnders she was offered "a lot of work" and was "in a position where I could green-light stuff for myself", determining that "this was the moment when I was going to make this dream happen".

In January 2014, Oberman played the character Audrey MacMurray in the final episode of the second series of Father Brown which was shown on BBC One in their afternoon schedule and later in the evening on BBC Two in the evening.

A chance discussion with Diane Samuels in the back of a taxi one night led to collaboration between the two. Oberman had had difficulty deciding where to transpose Chekhov's narrative, with Samuels offering up the idea of Liverpool, her home town, and the two agreeing on the post-war time frame: "Liverpudlians have their own black sense of humour and comic timing, born out of having their city blown to smithereens during the war". This informed the new Jewish sensibility of the play which was anchored to the tone of Chekhov's original, where the melodrama of the Pozorov family masked the pain and social upheaval all about them. Oberman felt this echoed the way the Jewish community in Britain acted in the wake of the Holocaust: "people that close to the Second World War just didn’t talk about it – a bit like the elephant in the room". The intent of the play was "to take a family who have the Holocaust hanging over them, and still have them laugh and moan and bicker while wondering what's for breakfast".