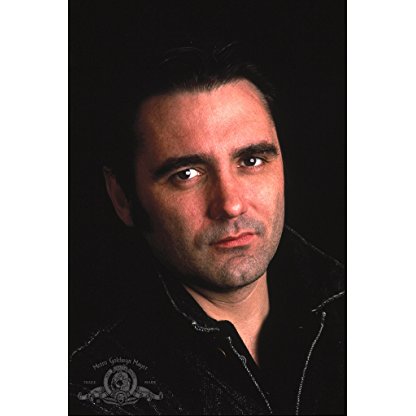 Tony Slattery was born on November 09, 1959 in  Stonebridge, London, England, United Kingdom, is Actor, Writer, Soundtrack. Tony Slattery is an actor, comedian, and singer best known for his seven years as a regular on the UK improvisational comedy Whose Line Is It Anyway? (1988). Anthony Declan James Slattery was born on November 9, 1959, in Northern London to working class Irish immigrants. He is the youngest of five, including one sister and triplet brothers. After completing his schooling at Gunnersbury Boy's Grammar School in West London, Tony won a scholarship to study medieval and modern languages at Cambridge University. His special studies there were Spanish Poetry and French Literature. Tony's introduction to the entertainment business came while attending Cambridge. There, he met aspiring actor Stephen Fry, who invited Tony to join the renowned Cambridge Footlights. From that point on, Tony has stated, "getting up on stage and hearing laughter took over." The Footlights won the very first Perrier Comedy Award at the Edinburgh Festival in 1981 for their production of "The Cellar Tapes." Then, in 1982, Tony was given the prestigious honor of being named President of the Footlights following such luminaries as Eric Idle, Clive Anderson, and Peter Cook. The early part of Tony's career was spent appearing in London clubs doing "kind of a variety act with bizarre turns." He also made guest appearances on a number of British television shows, including a stint as host of the children's program TX (1985). Tony's big break came in 1986, when he landed a starring role in the West End musical "Me and My Girl." His other theatrical endeavors included "Radio Times," "Neville's Island," and "Privates On Parade." Tony earned an Olivier Award nomination for his role as Gordon in "Neville's Island." Having quite a diverse career, Tony has also had numerous roles on the big screen in films such as How to Get Ahead in Advertising (1989), The Crying Game (1992), "Peter's Friends," To Die For, released in the US as "Heaven's A Drag", "Up 'N Under" and "The Wedding Tackle". Tony has made his biggest mark in television, having starred in and hosted many programs. "Saturday Night Stayback," "Just A Gigolo," The Music Game (1992), and Whose Line Is It Anyway? are some of the many shows Tony has been involved with. For personal reasons, Tony took a break from performing for a few years but has recently begun working again. He had a starring role in a feature film and has done a number of projects for the BBC.
Tony Slattery is a member of Actor 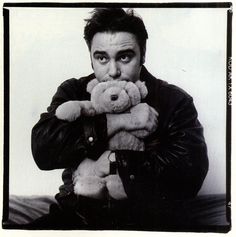 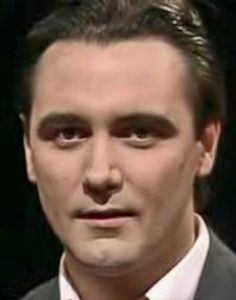 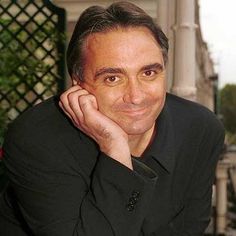 Slattery is an enthusiast of toy cars dating back to the 1960s and has amassed over 5000, with his prized possession being a replica Corgi produced Escort mk I from 1974.

At the end of the 1980s he became a film critic, presenting his own show on British television, Saturday Night at the Movies. He also appeared in the ITV sitcom That's Love with Jimmy Mulville. Other TV appearances include The Music Game alongside Richard Vranch and as a regular guest with both Ruby Wax and Clive Anderson. In 1988, Slattery appeared in the BBC sci-fi comedy series Red Dwarf, in the episode "Kryten" he played the voice of the main character on Kryten's favourite soap opera, "Androids" (a parody of Neighbours).

In 1981 he teamed with Richard Vranch as a comedic duo calling themselves "Aftertaste". For a number of years they toured throughout Great Britain performing in small venues: theatres and clubs, most notably the Tunnel Club, King's Head Theatre in London and aboard the Thekla, then known as the "Old Profanity Showboat" in Bristol. Together they hosted the Channel 4 quiz The Music Game and over 100 episodes of Cue the Music on ITV.

Slattery first broke into television as a regular performer on Chris Tarrant's follow up to O.T.T., Saturday Stayback (1983), while also appearing for children in Behind the Bike Sheds and the Saturday-morning show TX. By 1988 he was a regular on Whose Line Is It Anyway?, starred in his own improvisational comedy series, S&M, alongside Mike McShane, and appeared on other panel quizzes such as Have I Got News for You. He was a regular on the TV version of the quiz show Just a Minute and was also on the radio version several times, including the live version held at the Edinburgh Festival.

In the mid-1990s, after leaving Whose Line Is It Anyway?, Slattery suffered what he described as a "mid-life crisis" – triggered by excessive drinking and cocaine use (spending up to £4,000 per week on the drug) – culminating in 1996 with a six-month period as a recluse, during which he did not answer his door or telephone, "or open bills, or wash... I just sat". Eventually, one of his friends broke down the door of his flat and persuaded him to go to hospital. He was diagnosed as suffering from bipolar disorder. He discussed this period and his subsequent living with the disorder in a documentary made by Stephen Fry, The Secret Life of the Manic Depressive, in 2006; Slattery claimed that he spent time living in a warehouse and "throwing [his] furniture into the Thames".

Also in 1992 Slattery appeared as a contestant on the Channel 4 show GamesMaster, in which he said that he hated video games, despite the show being entirely devoted to them. He played the real-time arcade shooter Who Shot Johnny Rock?, failing the challenge by shooting an innocent victim in the game.

In 1998, he was elected as Rector of the University of Dundee.

In January 2005 Slattery appeared in the TV film Ahead of the Class with Julie Walters. In December 2005 he joined the long-running drama Coronation Street as Eric Talford and in April 2006 he appeared in Grumpy Old Men on BBC Two. In 2007 he played Tom O'Driscoll in the feature film 'Lady Godiva Back In The Saddle'. In 2007 he appeared as a regular cast member in the ITV series Kingdom, playing the eccentric Sidney Snell, returning for a third series in 2009.

In May 2006 he was the first voice of the narrator in the 35th anniversary theatre production of Richard O'Brien's Rocky Horror Tribute Show, held at the Royal Court Theatre, just downstairs from the first ever showing of Rocky Horror.

In 2005 Slattery appeared in series 7 of Bad Girls, as D.I. Alan Hayes, who was investigating the murder of Jim Fenner. Also in 2005 he won a Celebrity edition of the gameshow The Weakest Link, beating Vanessa Feltz in the final round. He announced at the end of the show that he would donate his prize money to the Terrence Higgins Trust. He appeared as well in a cameo role in ITV's Life Begins as a date for Maggie (played by Caroline Quentin). In addition, he played the Canon of Birkley in the Robin Hood episode "Show Me the Money" on 17 November 2007. In January 2010 he appeared with Phyllida Law on Ready Steady Cook.

On 20–22 and 24 July 2010, he appeared in Ki Longfellow-Stanshall and Vivian Stanshall's Stinkfoot in Concert, once again performing aboard the Thekla still moored in the Bristol city docks. (See external links.)

In March 2011 Slattery appeared in a reunion special of Whose Line Is It Anyway? along with Josie Lawrence, Clive Anderson and Neil Mullarkey for the BBC Comic Relief show 24-Hour Panel People.

In 2014 Tony appeared in the Oxford Jericho "Name in the Hat" revue alongside Kriss Akabusi.

Slattery returned to improv in November 2017 with the show Slattery Night Fever at the London Improv Theatre alongside Neil Cole..

He has said "I’m happily described as gay," and has been in a relationship with the actor Mark Michael Hutchinson since 1986.