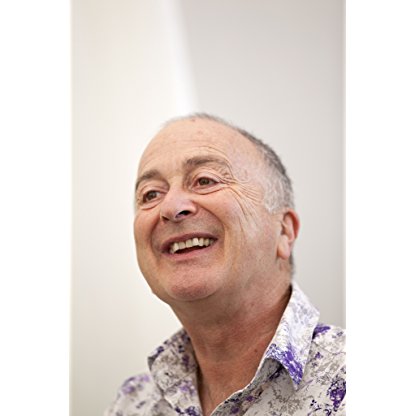 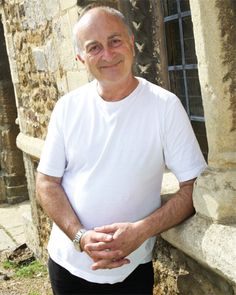 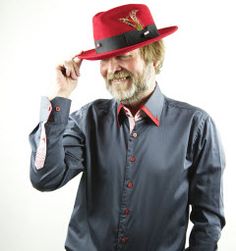 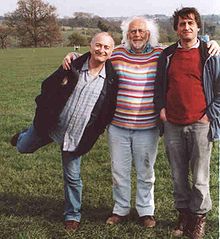 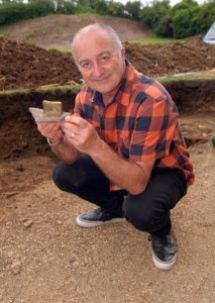 Robinson is a fan of the rock band Genesis and provided sleeve notes for the reissue of the album The Lamb Lies Down on Broadway as part of the Genesis 1970–1975 box set.

In 1972 he starred in the children's educational programme Sam on Boffs' Island and was later a presenter on Play Away. He also appeared in the award-winning Horizon documentary Joey, and in the title role in the BBC production of The Miracle of Brother Humphrey. He also had a minor part in the film Brannigan starring John Wayne.

He appeared in the 1974–75 season at Chichester Festival Theatre, as Angel Chicago in the nativity musical Follow The Star. In the 1975 season, he appeared as Hovstad in Henrik Ibsen's Enemy of the People. In 1976, he appeared as Feste in Twelfth Night, and as Majorin in Monsieur Perrichon's Travels.

He was also one of the Who Dares Wins team in the Channel 4 comedy/satirical show in the early/mid-1980s.

Robinson came to prominence in 1983 for his role in the British historical sitcom Blackadder, as Edmund Blackadder's dogsbody Baldrick. In the first series, broadcast as The Black Adder, he was quite astute, while his master was an idiot. Later series (Blackadder II, Blackadder the Third, Blackadder Goes Forth) moved the duo through history and switched the relationship: the Edmund Blackadder of Blackadder II was a brilliant schemer, whereas Baldrick had devolved into a buffoon whose catchphrase was "I have a cunning plan" (which he rarely had).

He also provided voice-over to the Free-ranger Chicken cartoon short, an English child-scripted arts-funded production in 1989. Robinson also presented the early-Saturday evening series Stay Tooned for BBC 1, which featured a selection of classic Warner Brothers and MGM cartoons. In 1989 he created the children's comedy TV series Maid Marian and her Merry Men, a loose retelling of the legend of Robin Hood in which he appeared as the Sheriff of Nottingham. Four series were broadcast on BBC1 during 1989–94. In 1990 he appeared as "Shlomo Denkoviz" in Series 8, Episode 2 of Bergerac – "My Name’s Sergeant Bergerac".

Also in 1994, Robinson played a minor part in an episode called "One Flew Over the Parents' Nest" in the TV series Minder, playing a character called "Willie the Weed". Robinson was drafted to present other history-based shows on Channel 4, including The Worst Jobs in History, researching and re-enacting some of the more horrible jobs of the past millennium. He also took this show on tour around the country along with an autobiographical question and answer session. This first series was followed by The Worst Christmas Jobs in History in December 2005 and then a second series of The Worst Jobs in History on Channel 4 in April 2006.

From 1996 to 2000, Robinson was vice-president of the actors' union Equity, helping with a huge restructuring programme which turned a £500,000 deficit into a small surplus. He continues to work within Equity. In 2000 he was elected to the Labour Party's National Executive Committee, a position he held to 2004.

Robinson also contributed the voiceover for the TV series Airline in its set of new series from 1999 focusing on the daily routine of EasyJet staff at a selection of airports. The show was made for ITV and is often repeated today on Sky Real Lives, Sky 1, Sky 2, Sky 3 (now Pick TV) & ITV2. He worked as the narrator for six of the remaining nine series until 2006 when the series ended. Tony Robinson's Cunning Night Out, a largely improvised stage show, followed in early 2005 and included a mix of the many themes from his career for which Robinson is famous. He also edited and presented The Real Da Vinci Code, a documentary for Channel 4's Weird World series which countered the claims made by Dan Brown in his novel The Da Vinci Code.

Robinson was also active in the "Make Poverty History" campaign during early 2005, in the lead-up to the G8 summit in Scotland, and is the patron for UK-based charity Street Child Africa.

In 2006 he appeared in Tony Robinson: Me and My Mum, a documentary surrounding his decision to find a nursing home for his mother, and the difficulty he had doing so. The documentary showed his mother's death in the home. It also featured stories from other families in similar situations. It appeared as part of Channel 4's short series of programmes titled The Trouble with Old People. In late 2009, he was invited to be guest speaker at the Pride of Craegmoor Awards, where he gave a speech about his time with his mother and finding a care home. He then went on to give the prizes to Craegmoor's Shining Star and Leading Light. In January 2016, he described Alzheimer's as "one of the last great medical terrors" and announced he would be leaving money to the Alzheimer's Society in his will.

In 2007, Robinson narrated television advertisements for Honda, in the humorous style of Tales From Fat Tulip's Garden. The advertisements feature plastic cars with expressive faces (similar to Thomas the Tank Engine). He also did voiceovers for cleaning products Domestos and Vanish from 2007-2009. In early 2007 Robinson visited thirty towns in Britain and Ireland with his one-man show, A Cunning Night Out. The show was released on DVD.

With Channel 4 Robinson presented Tony Robinson's Crime and Punishment and Catastrophe and Man on Earth focusing on humanity's struggle with climate change in the past 200,000 years. Tony Robinson and the Paranormal was first broadcast on Channel 4 in December 2008. In this series, Robinson investigates paranormal phenomena combining the fields of archaeology, parapsychology, history and spiritualism to investigate paranormal evidence.

In July 2009, he appeared in the light-hearted BBC1 series Hotel Babylon as sly hit-man named Arthur Barnes. The character is knocked unconscious by a flying bottle expertly lobbed by the hotel manageress during a showdown in the lobby.

From 1 September 2010, Robinson hosted a series on the National Geographic Channel called Birth of Britain which was repeated on Channel 4 beginning in January 2011. Tony Robinson Explores Australia was first broadcast in the first half of 2012. Filmed in High Definition, the series roughly follows a chronology from the earliest sightings of Terra Australis Incognita through to the present with each era defined by a theme rather than equal blocks of time.

In March 2011, Robinson participated in the "March for the Alternative" protests in Central London, which opposed the Conservative led Coalition UK Government's spending cuts programme.

Between 2012 and 2014, Robinson presented a series of programmes for Channel 4 called Walking Through History. It featured Robinson hiking through iconic British landscapes, including the Cairngorms, the Jurassic Coast and Stonehenge. At least 16 hour-long episodes were aired, in four series. A further 3 part series called Britain's Ancient Tracks with Tony Robinson was shown on Channel 4 in 2016.

Robinson was knighted in the 2013 Birthday Honours for public and political Service.

In 2014, Robinson played the title role in a touring production of The Hypochondriac, Richard Bean's new translation of Molière's Le malade imaginaire, directed by Lindsay Posner.

In 2015, Robinson presented an hour-long programme for Discovery TV, Tony Robinson's Wild West, in which he attempted to uncover the reality of America's Wild West in the 19th and early 20th centuries. Featuring such key figures as Wyatt Earp, Geronimo and Buffalo Bill, it included artefacts and stereographic images.

Robinson is a patron of older people's charity Alive!, saying that the organisation is "at the forefront of promoting stimulating activities which help improve the quality of life of people in care" Alive! aim is to transform the residential care sector, so that older people’s mental, social and emotional wellbeing is prioritised alongside their physical care.