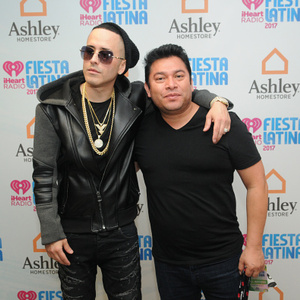 Tony Martinez Net Worth: Tony Martinez was a Puerto Rican actor, singer, bandleader who had a net worth of $5 million. Tony Martinez was born January 27, 1920 in San Juan, Puerto Rico. He is probably most widely known/remembered for his role as the Mexican farmhand Pepino García in the ABC and CBS situation comedy The Real McCoys from 1957 to 1963.
Tony Martinez is a member of Actors

Along with Leo Carrillo and Desi Arnaz, Sr., Martinez was among the earliest Latinos featured in regular television roles during the early years of television. Martínez came to New York City to study at the Juilliard School at the Lincoln Center for Performing Arts and also studied acting and landed small parts in several films in the late '40s and early '50s. In 1954, he made his first television appearance as himself on The Colgate Comedy Hour. He again appeared as himself with his band, Tony Martinez and His Mambo, in the 1956 musical picture Rock Around the Clock.

Tony Martinez gained a loyal fan base for his role on the popular television series The Real McCoys before taking to the stage for the role of Sancho Panza in a whopping 2,245 productions of The Man of La Mancha. Martinez was a music scholar before relocating to New York to continue his studies at Juilliard. Tony Martinez was a talented musician who was versed in five instruments as well as vocals, though it was in film and television roles that Martinez found the most popularity. He married wife Myra in 1981 and the couple would remain together until Martinez's death. Tony Martinez passed away at the age of 83 on September 16, 2002 in Las Vegas, Nevada.