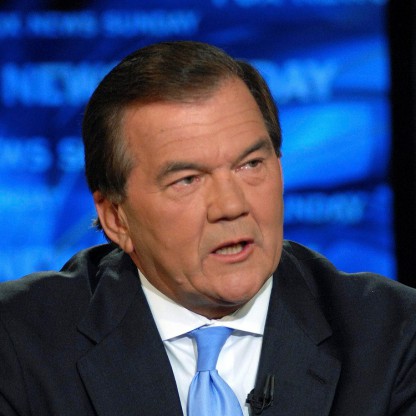 Tom Ridge was born on August 26, 1945 in Munhall, United States, is Former Governor of Pennsylvania, Former Member of the U.S. House of Representatives. Elected as the Governor of Pennsylvania twice before tragedy struck America in the form of the 9/11 Attacks, Tom Ridge is a politician known for his commitment and high ethical standards. Under his tenure from 1995 to 2001, Pennsylvania thrived as a state fueled by a high rate of economic and infrastructural development. Following the unfortunate events of September 11th, 2001, Tom Ridge became the first Assistant to the President for Homeland Security. Though considered a successful and highly respected politician during the decade of the 2000s, Ridge’s entry into politics had been anything but spectacular. He had been off to a shaky start but persevered to eventually become a capable politician. As a child he had been diagnosed with an ear infection that diminished his hearing in one ear. But the young boy did not let this stop him from becoming a bright student who excelled in both academics and athletics. He joined the army where his blooming career was cut short by a medical condition. Undaunted by the challenges life threw at him; he studied to become a lawyer and had a successful practice. Eventually he decided to enter politics where again he found success due to his gritty determination. Today he is also a thriving businessman who serves as the CEO of Ridge Global.
Tom Ridge is a member of Political Leaders 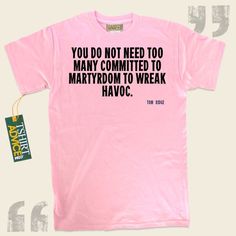 "the infighting he saw that frustrated his attempts to build a smooth-running department. Among the headlines promoted by publisher Thomas Dunne Books: Ridge was never invited to sit in on National Security Council meetings; was 'blindsided' by the FBI in morning Oval Office meetings because the agency withheld critical information from him; found his urgings to block Michael Brown from being named head of the emergency agency blamed for the Hurricane Katrina disaster ignored; and was pushed to raise the security alert on the eve of President Bush's re-election, something he saw as politically motivated and worth resigning over."

Ridge was born in Munhall, Pennsylvania, in Pittsburgh's Steel Valley, the oldest of three children. His parents were Laura (née Sudimack) and Thomas Regis Ridge, who was a traveling salesman and Navy veteran. Ridge's maternal grandparents were Carpatho-Rusyn immigrants from the former Czechoslovakia (now Slovakia), and his paternal great-grandparents emigrated from Great Britain. Ridge was raised in veterans' public housing in Erie, Pennsylvania. He was educated at St. Andrews Elementary School and Cathedral Preparatory School and did well both academically and in Sports. He earned a scholarship to Harvard College, where he paid his way through with construction work, played intramural baseball and football, and graduated with honors in 1967. In 1968, after his first year at the Dickinson School of Law, he was drafted into the United States Army.

In November 1969, Ridge arrived as a sergeant in South Vietnam where he would serve for six months as a staff sergeant with Bravo Company, 1st Battalion, 20th Infantry, 11th Infantry Brigade, 23rd Infantry Division (Americal Division). during the Vietnam War.

In May 1970, a ruptured appendix cut short his tour of duty in Vietnam and he was sent home; his Service also aggravated a childhood ear infection which caused him afterwards to have a hearing aid in his left ear.

After returning to Pennsylvania, he completed his Juris Doctor (J.D.) degree at the Dickinson School of Law, graduating in 1972, and entered private practice.

Tom's wife, Michele Ridge, is the former executive Director of the Erie County Library System. They have been married since 1979 and have two children: Lesley and Tommy.

Ridge became Assistant District Attorney in Erie County, Pennsylvania in 1980 and prosecuted 86 cases in two years. In 1982 he won a seat in Congress from northwestern Pennsylvania by the margin of only 729 votes, and was re-elected six times. Ridge was notable as the first enlisted Vietnam combat veteran elected to the U.S. House. Ridge never lost an election for public office.

In 1994, despite being little-known outside of North West Pennsylvania, Ridge ran for Governor. He won the election as a pro-choice Republican. He was reelected in 1998 with 57 percent of the vote in a four-way race. His share of the vote in that election was the highest for a Republican governor in Pennsylvania (where Democrats outnumber Republicans by almost 500,000) in more than half a century. Ridge served as Governor until his resignation to become the Director of Homeland Security in 2001.

Ridge spoke at a conference in support of the removal of the People's Mujahedin of Iran (MEK, also PMOI, MKO) from the United States State Department list of Foreign Terrorist Organizations. The group was listed on the State Department list from 1997 until September 2012. They were placed on the list for killing six Americans in Iran during the 1970s and attempting to attack the Iranian mission to the United Nations in 1992. Ridge, along with other former government officials and politicians Ed Rendell, R. James Woolsey, Porter Goss, Louis Freeh, Michael Mukasey, James L. Jones, Rudy Giuliani, and Howard Dean, were criticized for their involvement with the group. Some were subpoenaed during an inquiry about who was paying the prominent individuals' speaking fees. Ridge and others wrote an article for the conservative publication National Review stating their position that the group should not be Classified as a terrorist organization, raising the point that, at the time, only the United States and Iran still listed it as a terrorist group.

Following the September 11, 2001, terrorist attacks, U.S. President George W. Bush created the Office of Homeland Security within the White House, and named Ridge to head it. The charge to the nation's new Director of homeland security was to develop and coordinate a comprehensive national strategy to strengthen the United States against terrorist threats or attacks. Ridge formally resigned as Pennsylvania's governor on October 5, 2001.

In a 2002 PoliticsPA Feature story designating politicians with yearbook superlatives, he was named the "Most Popular."

Ridge wrote in his memoir that then-Secretary of Defense Donald Rumsfeld and then-Attorney General John Ashcroft pressured him to raise the terror alert level, running up to the 2004 elections, because of a pre-election message critical of President Bush from Osama Bin Laden.

In April, 2005, Ridge's appointment to the board of the Illinois/Pennsylvania/New Jersey electric utility was announced, with starting Director compensation of $35,000 annual retainer plus a $1,500 meeting fee or per diem fee. Directors were also granted $60,000 in deferred stock units each year at that time.

In November 2006, Tom Ridge was announced as a Senior Advisor for Deloitte & Touche USA LLP.

In November 2007, Ridge was named to serve on The Hershey Company's Executive Board. The Hershey Trust, the primary shareholder of Hershey, asked for a change in board composition after several years of poor stock performance. The board named Ridge to the board for his knowledge of economics.

Announced in January 2008, Tom Ridge will serve as a senior advisor to TechRadium, Inc., a Texas-based security Technology company that provides its patented alert and notification system, IRIS (Immediate Response Information System), to a wide range of users including municipalities, public schools and universities, utilities, and military programs.

Tom Ridge's book The Test of Our Times was published in September 2009. Written with Larry Bloom, it concerns Ridge's time as the head of the Department of Homeland Security. He explains the challenges and decision making processes of the newly formed department, and gives his own views as to the Future of the security of the United States of America. The book further discusses

In 2010, it was reported that Ridge had appeared on MSNBC Hardball With Chris Matthews promoting nuclear Energy as part of a "green agenda [to] ... create jobs, create exports," without any revelation by him or the cable channel of his Exelon position. In the report, his cumulative Exelon-derived compensation was put at $530,659; and it was said that, as of March 2009, he held an estimated $248,299 in Exelon stock, according to SEC filings. Exelon was described as "the nation's largest nuclear power company."

In 2013, Ridge was a signatory to an amicus curiae brief submitted to the Supreme Court in support of same-sex marriage during the Hollingsworth v. Perry case.

In 2015, Ridge served as Co-chair of the Blue Ribbon Study Panel on Biodefense, a commission that recommended changes to U.S. policy regarding biodefense. In order to address biological threats facing the nation, the Blue Ribbon Study Panel on Biodefense created a 33-step initiative for the U.S. Government to implement. Tom Ridge headed the organization with former Senator Joe Lieberman, and the Study Panel assembled in Washington D.C. for four meetings concerning current biodefense programs. The Study Panel concluded that the federal government had little to no defense mechanisms in case of a biological event. The Study Panel's final report, The National Blueprint for Biodefense, proposes a string of solutions and recommendations for the U.S. Government to take, including items such as giving the Vice President authority over biodefense responsibilities and merging the entire biodefense budget. These solutions represent the Panel's call to action in order to increase awareness and activity for pandemic related issues.

In 2016, Ridge endorsed Jeb Bush and subsequently John Kasich after Bush's withdrawal from the 2016 Republican presidential primaries. Ridge stated he would not endorse Donald Trump, following Trump becoming the presumptive nominee, or Hillary Clinton in the general election.

Ridge was hospitalized in critical condition in Texas after a cardiac event November 16, 2017.