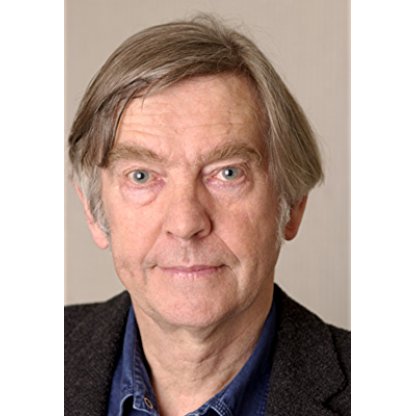 Tom Courtenay was born on February 25, 1937 in  Kingston-Upon-Hull, East Riding of Yorkshire, England, United Kingdom, is Actor, Soundtrack. Acting chameleon Sir Tom Courtenay, along with Sirs Alan Bates and Albert Finney, became front-runners in an up-and-coming company of rebel upstarts who created quite a stir in British "kitchen sink" cinema during the early 60s. An undying love for the theatre, however, had Courtenay channeling a different course than the afore-mentioned greats and he never, by his own choosing, attained comparable cinematic stardom.The gaunt and glum, fair-haired actor was born Thomas Daniel Courtenay of modest surroundings on February 25, 1937, in Hull, East Yorkshire, England, the son of Thomas Henry Courtenay, a ship painter, and his wife Anne Eliza (née Quest). Graduating from Kingston High School there, he trained in drama at London's Royal Academy of Dramatic Arts. His reputation as an actor grew almost immediately with his professional debut in 1960 as Konstantin in "The Seagull" at the Old Vic. Following tours in Scotland and London with the play, Tom performed in "Henry IV, Part I" and "Twelfth Night" (also at the Old Vic) before assuming the title role of Billy from Albert Finney in the critically-acclaimed drama "Billy Liar" at the Cambridge Theatre in 1961. The story, which tells of a Yorkshire man who creates a fantasy world to shield himself from his mundane middle-class woes, was the initial spark in Tom's rise to fame.The recognition he received landed him squarely into the heap of things as a new wave of "angry young men" were taking over British cinema during the swinging 60s. Singled out for his earlier stage work at RADA, he was eventually handed the title role in the war film Private Potter (1962), but it was his second movie that clenched stardom. Winning the role of Colin Smith in The Loneliness of the Long Distance Runner (1962), Courtenay invested everything he had in this bruising portrayal of youthful desolation and rebellion. As a reform school truant whose solitary sentencing for robbing a bakery leads to a reawakening and subsequent recognition as a long distance runner, he was awarded a "Promising Newcomer" award from the British Film Academy, It was Courtenay then, and not Finney, who recreated his stage triumph as Billy Fisher in the stark film version of Billy Liar (1963). British Film Academy nominations came his way for this and for his fourth movie role in King & Country (1964). Vivid contributions to the films King Rat (1965), the ever-popular Doctor Zhivago (1965), which earned him his first Oscar nomination, and The Night of the Generals (1967) followed.Despite all this cinematic glory, Courtenay did not enjoy the process of movie-making and reverted back to his first passion -- the theatre -- beginning in 1966. Displaying his versatility with roles in such classic works as "The Cherry Orchard," "Macbeth" (as Malcolm), "Charley's Aunt," "The Playboy of the Western World," "Hamlet," "She Stoops to Conquer," "Peer Gynt" and "Arms and the Man," he still found scattered work in films, including The Day the Fish Came Out (1967), A Dandy in Aspic (1968) and Otley (1969), but none matched his earlier brilliance. In 1971 he took a self-imposed, decade-long sabbatical from filming.Forming a sturdy association with the Royal Exchange Theatre in Manchester that would last over a decade, he continued to impress with lead roles in "The Rivals" and "The Prince of Homburg". Following his huge success as the libidinous Norman in "The Norman Conquests" in London, he made his Broadway debut with "Otherwise Engaged" (1977) and earned a Tony nomination and Drama League Award in the process. It was his second Tony-nominated triumph in "The Dresser" in 1980-1981, however, that lured Courtenay back to films when he was asked to recreate the role for the large screen. The Dresser (1983) co-starred Tom as the mincing personal assistant to an appallingly self-destructive stage star played by Albert Finney (Paul Rogers played the role with Tom on Broadway) who struggles to get the actor through a rigorous performance of "King Lear". Both British actors received Oscar nominations but lost the 1984 "Best Actor" award to American Robert Duvall.Since then Tom has appeared on occasion in TV and film roles -- usually in support. A few standouts include the films Let Him Have It (1991), Whatever Happened to Harold Smith? (1999), Last Orders (2001) and Nicholas Nickleby (2002), and the TV mini-series A Rather English Marriage (1998), for which he earned a British Television Award, and Little Dorrit (2008).Over the years Sir Tom has excelled in solo stage shows as well. As a chronic alcoholic in "Moscow Stations," he won the 1994 London Critics Circle Theatre and London Evening Standard Theatre awards for "Best Actor". In 2002, he wrote the one-man show "Pretending To Be Me," based on the letters and writings of poet Philip Larkin. In the past decade he has continued to distinguish himself on both the classical ("King Lear," "Uncle Vanya") and contemporary ("Art") stages.Courtenay's marriage to actress Cheryl Kennedy lasted about a decade (from 1973 to 1982). In 1988 he married Isabel Crossley, a stage manager at the Royal Exchange Theatre in London. He has no children from either marriage. In 1999, Sir Tom Courtenay was awarded an honorary doctorate from Hull University and in 2000 published his memoir "Dear Tom: Letters From Home", which earned strong reviews. Knighthood came a year after that.
Tom Courtenay is a member of Actor 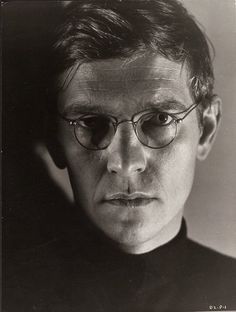 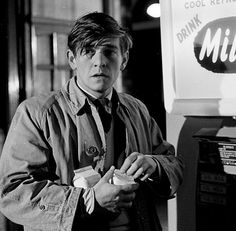 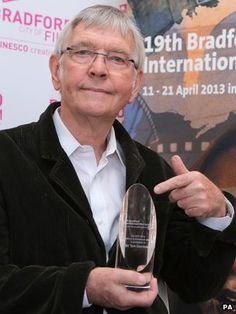 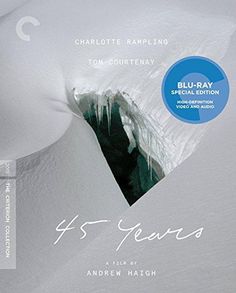 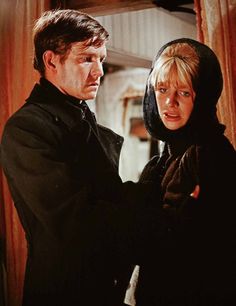 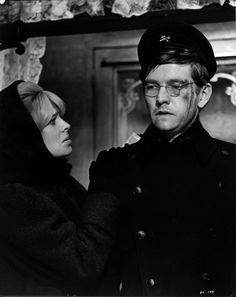 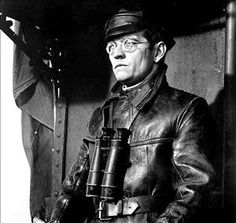 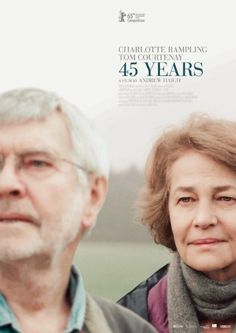 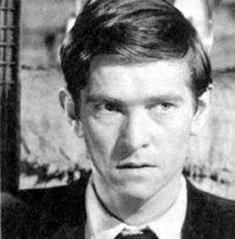 Despite being catapulted to fame by the aforementioned films, Courtenay has said that he has not particularly enjoyed film acting; and from the mid-1960s concentrated more on stage work. In 1968 Courtenay began a long association with Manchester when he played in The Playboy of the Western World for the Century Theatre at Manchester University directed by Michael Elliott. In 1969 Courtenay played Hamlet (John Nettles playing Laertes) for 69 Theatre Company at University Theatre in Manchester, this being the precursor of the Royal Exchange Theatre, which was founded in 1976 where he was to give many performances, firstly under the direction of Casper Wrede. His first roles for the Royal Exchange were as Faulkland in Richard Brinsley Sheridan's The Rivals and the hero of Heinrich von Kleist's The Prince of Homburg. Since then he has played a variety of roles, including in 1999 the leading role in the theatre's production of King Lear, and in 2001 Uncle Vanya.

Courtenay's film debut was in 1962 with Private Potter, directed by Finnish-born Director Caspar Wrede, who had first spotted Courtenay while he was still at RADA. This was followed by The Loneliness of the Long Distance Runner, directed by Tony Richardson and Billy Liar, two highly acclaimed films and performances which helped usher in the British New Wave of the early-to-mid-1960s. For these performances Courtenay was awarded the 1962 BAFTA Award for most promising newcomer and the 1963 BAFTA Award for best actor respectively. He also was the first to record the song Mrs. Brown, You've Got a Lovely Daughter, doing so for the TV play The Lads. The song was released by Decca on a 45 rpm record.

For his role as the dedicated revolutionary leader Pasha Antipov in Doctor Zhivago (1965), he was nominated for an Academy Award for Best Supporting Actor, but was bested by Martin Balsam. Among his other well-known films is King & Country, directed by Joseph Losey, where he played opposite Dirk Bogarde; the all-star war film, Operation Crossbow, directed by Michael Anderson (starring George Peppard and Sophia Loren); King Rat, directed by Bryan Forbes and costarring James Fox and George Segal; and The Night of the Generals, directed by Anatole Litvak with Peter O'Toole and Omar Sharif.

Courtenay's working relationship with Wrede returned to film when he played the title role in the latter's 1970 production of One Day in the Life of Ivan Denisovich. His best known film role since then was in The Dresser, from Ronald Harwood's play of the same name (in which he also appeared) with Albert Finney. Both Courtenay and Finney received nominations for Best Actor in the 1984 Academy Awards for their roles, losing to Robert Duvall. He played the father of Derek Bentley (Christopher Eccleston) in the 1991 film Let Him Have It.

Courtenay's television and radio appearances have been relatively few, but have included She Stoops to Conquer in 1971 on BBC and several Ayckbourn plays. He appeared in I Heard the Owl Call My Name on US television in 1973. In 1994 he starred as Quilp opposite Peter Ustinov in a Disney Channel 'made for television' version of The Old Curiosity Shop. Rather unexpectedly, he had a cameo role as the Anthropologist Bronisław Malinowski in the 1995 US TV film Young Indiana Jones and the Treasure of the Peacock's Eye. In 1998 he teamed with Albert Finney again for the acclaimed BBC drama A Rather English Marriage. He played the role of God, opposite Sebastian Graham-Jones, in Ben Steiner's radio play "A Brief Interruption", broadcast on BBC Radio 4 in 2004. In the same year, he played the role of Stanley Laurel in Neil Brand's radio play 'Stan', broadcast on Radio 4. Also for Radio 4, he played the title role in Nick Leather's The Domino Man of Lancashire and Maurice in Richard Lumsden's Man in the Moon, both broadcast in 2007. Courtenay also appeared in the 2008 Christmas special of the BBC show The Royle Family, playing the role of Dave's father, David Sr.

Courtenay was married to Actress Cheryl Kennedy from 1973 to 1982. In 1988, he married Isabel Crossley, a stage manager at the Royal Exchange Theatre in Manchester. They have homes in Manchester and Putney in London.

In 1999, Courtenay was awarded an honorary doctorate by Hull University.

In 2000, Courtenay's memoir Dear Tom: Letters From Home was published to critical acclaim. It comprises a selection of the letters exchanged between Courtenay and his mother, interspersed with his own recollections of life as a young student actor in London in the early 1960s.

In 2002, based on an idea by Michael Godley, Courtenay compiled a one-man show Pretending To Be Me based on the letters and writings of poet Philip Larkin, which first played at the West Yorkshire Playhouse in Leeds. It later transferred to the Comedy Theatre in the West End in London.

In 2007, Courtenay appeared in two films: Flood, a disaster epic in which London is overwhelmed by floods, and The Golden Compass, an adaptation of Philip Pullman's novel, playing the part of Farder Coram. In 2008, he appeared in the BBC adaptation of Little Dorrit by Charles Dickens, playing william Dorrit, and the Christmas edition of The Royle Family, playing David (Senior). In March 2011, he joined the cast of Gambit, a film starring fellow RADA alumnus Alan Rickman that began filming in May. The film was released in Great Britain in November 2012. In 2012, he co-starred in Quartet, directed by Dustin Hoffman.

On 19 January 2018 Sir Tom was bestowed the Honorary Freedom of the City of Hull.