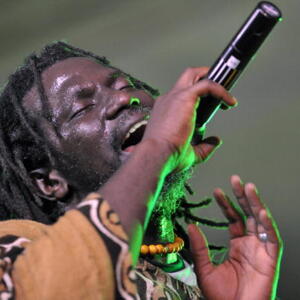 The group released a self-titled album in 1993. He started writing works on the political environment in his home country. His goal is to play music "to wake up the consciences". Tiken Jah Fakoly has received death threats for his lyrics and has been living in exile in Mali since 2003. Through his Once Concert, one School campaign he helped finance the construction of a school in Touroni and a college in Mali. His latest album Dernier Appel was released in 2014 on Universal Music. Tiken Jah Fakoly won the Victoires de la Musicque award in 2003 for Reggae Album/Ragga/World and also won the First Freemuse Award in 2008.