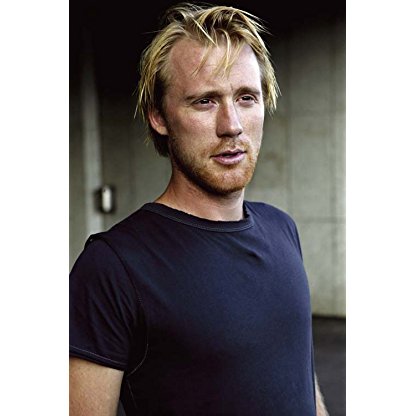 Harr was discovered in a schoolyard by NRK people who were scouting for actors for youth series. He soon became a familiar face on programs like Blikkbåx and U and also appeared in the popular 1991 television movie Frida – med hjertet i hånden. He later had minor roles in Lille Lørdag in 1995 and a major role in the mini-series Lekestue broadcast on NRK in 2002. His real film debut came in 2003 in Mot Moskva, where he played the leading role of Vassi and was nominated for an Amanda Award, and in 2005 he appeared in Venner for livet. He played the lead role of Mathias in Mars & Venus (2007). He played Jarl Borg in History's Vikings. Beginning in 2000, he has also appeared in several stage productions. With Comedian Harald Eia and two others, he runs Teatersport Oslo. More recently, he has had a recurring role in the American comedy-drama TV series Younger, playing the love interest of a character played by Hilary Duff.

Shortly after graduating from the Norwegian National Academy of Theatre in 2000, Harr joined the National Theatre in Oslo. He has appeared there as Håkon Håkonsson in Ibsen's The Pretenders and as the young Speer in the production of the same name. He has played Figaro in Beaumarchais' The Marriage of Figaro, Erhart in John Gabriel Borkman, and Tom in The Glass Menagerie. He has appeared in many productions by Jo Strømgren, including There, which won the 2002 Hedda Award for best play. As of January 2007 he had appeared in almost 20 National Theatre productions.

Harr married Tai Victoria Grung in 2006; they have three children.