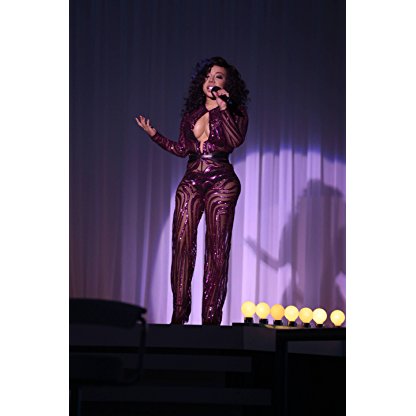 Tameka 'Tiny' Cottle was born on July 14, 1975 in  College Park, Atlanta, United States, is Soundtrack, Producer, Actress. Tameka, whose nickname "Tiny" is attributed to her 4' 11" height, resides with her daughter Zonnique Jailee Pullins (born 1996).She along with former band mate Kandi Burruss wrote for group girl group TLC on their hit song "No Scrubs". She is in a relationship with successful rapper T.I., and they had a son named King (born August 25, 2004) together.Tameka "Tiny" Cottle became famous through the group Xscape. In the group she sang some leads, and the higher-pitched vocals in the harmonies. She sang leads in their hit singles "Understanding", "My Little Secret" and "Do You Want To" amongst others.
Tameka 'Tiny' Cottle is a member of Soundtrack 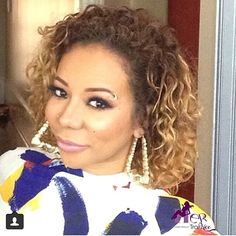 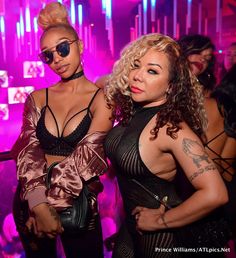 Cottle was born in College Park, Georgia to a Caucasian mother, Dianne Cottle (b. 1945) and an African American father, Charles "Speedy" Pope (1936–2013). Cottle's father and her uncle, Joseph Pope (1933–1996), formed the R&B group The Tams. Cottle joined the R&B quartet Xscape in 1992 while attending Tri-Cities Performing Arts High School. Xscape was discovered by Producer Jermaine Dupri while singing at his birthday celebration in Atlanta. Dupri immediately signed the group to his then new record label, So So Def Recordings.

As a member of the group, Cottle has contributed to three of the band's platinum albums: Hummin' Comin' at 'Cha, Off the Hook, and Traces of My Lipstick. As a member of Xscape, she has received two Soul Train Music Awards for Best New R&B Artist and Best R&B Album and the A-Town Music Award for Best Duo/Group. Cottle sang lead vocals on six of Xscape's hit singles: "Understanding", "Do You Want To?", "All I Need", "Love's a Funny Thing", "My Little Secret", and "Am I Dreamin'". She has also recorded on soundtracks for Soul Food, Panther, Bad Boys, and Love Jones. In 1998, after the release of Xscape's third album, Traces of My Lipstick, the band parted ways.

In 2000, Cottle and fellow former Xscape group member Kandi Burruss were honored with a Grammy Award for Best R&B Song for penning TLC's hit single "No Scrubs". Cottle's other accomplishments include an American Society of Composers, Authors and Publishers award in the R&B and Pop Music categories for "No Scrubs", as well as the ASCAP Rap Award for her work on the Sporty Thievz track "No Pigeons". Cottle has also worked with T.I., 8Ball & MJG, Lil' Kim and Bow Wow.

After a five-year hiatus, Cottle reunited with sisters LaTocha and Tamika Scott and added a new member, Kiesha Miles, to release a Xscape album entitled Unchained and released the single "What's Up" in 2005.

In June 2009, Cottle's reality series, Tiny and Toya, made its debut on BET.

On September 1, 2010, Cottle and T.I. were arrested following a motor vehicle stop in Los Angeles. The police reported that an odor of burnt marijuana was coming from the vehicle and the couple were found to be in possession of a controlled substance, ecstasy. They posted $10,000 bail.

In December 2011, T.I. & Tiny: The Family Hustle premiered on VH1. The series chronicles the lives of Cottle and T.I.'s plus their family.

Tiny and Shekinah's Weave Trip premiered on VH1 on October 13, 2014. The series chronicles Cottle and her best friend Shekinah Anderson in a mobile hair salon across the country.

On December 25, 2015, the couple announced that they were expecting their third child together and on March 26, 2016, the couple welcomed a baby girl named Heiress Diana Harris.

In December 2016, Cottle filed for divorce from T.I. after six years of marriage.

In 2017, it was announced she would own the Atlanta Heirs basketball team under the newly developed Global Mixed Gender Basketball league, which was founded by Rapper Master P. Her team would be a part of its inaugural debut on September 23, 2017 in a neutral match at the Cox Pavilion in Las Vegas, Nevada against Master P's own squad, the New Orleans Gators.

In 2018, Tiny Harris took a break from her Xscap3 EP Promo to spend some quality time with her precious one year-old daughter Heiress.