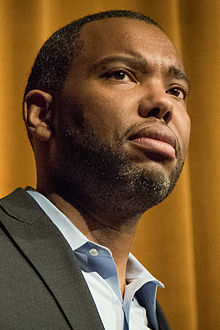 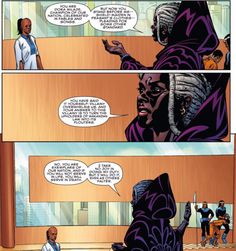 From 2000 to 2007, Coates worked as a Journalist at various publications, including Philadelphia Weekly, The Village Voice and Time. His first article for The Atlantic, "This Is How We Lost to the White Man", about Bill Cosby and conservatism, started a new, more successful and stable phase of his career. The article led to an appointment with a regular column for The Atlantic, a blog that was popular, influential, and had a high level of community engagement.

In 2008, Coates published The Beautiful Struggle, a memoir about coming of age in West Baltimore and its effect on him. In the book, he discusses the influence of his father, a former Black Panther; the prevailing street crime of the era and its effects on his older brother; his own troubled experience attending Baltimore-area schools; and his eventual graduation and enrollment in Howard University.

Coates lived in Paris for a residency. In 2009, he lived in Harlem with his wife, Kenyatta Matthews, and son, Samori Maceo-Paul Coates. His son is named after Samori Ture, a Mandé chief who fought French colonialism, after black Cuban revolutionary Antonio Maceo Grajales, and after Coates' father. Coates met his wife when they were both students at Howard University. He is an atheist and a feminist.

Coates was the 2012–14 MLK visiting professor for writing at the Massachusetts Institute of Technology.

Coates' second book, Between the World and Me, was published in July 2015. The title is drawn from a Richard Wright poem of the same name about a Black man discovering the site of a lynching and becoming incapacitated with fear, creating a barrier between himself and the world. Coates said that one of the origins of the book was the death of a college friend, Prince Carmen Jones Jr., who was shot by police in a case of mistaken identity. In an ongoing discussion about reparation, continuing the work of his June 2014 Atlantic article on reparations, Coates cited the bill sponsored by Rep. John Conyers called "H.R. 40 – Commission to Study Reparation Proposals for African-Americans Act" that has been introduced every year since 1989. One of the themes of the book was about what physically affected African-American lives, e.g. their bodies being enslaved, violence that came from slavery, and various forms of institutional racism. In a review for Politico magazine, conservative pundit Rich Lowry stated that while the book is lyrical and powerfully written, "For all his subtle plumbing of his own thoughts and feelings and his occasional invocations of the importance of the individuality of the person, Coates has to reduce people to categories and actors in a pantomime of racial plunder to support his worldview." In a review for Slate, Jack Hamilton wrote that the book "is a love letter written in a moral emergency, one that Coates exposes with the precision of an autopsy and the force of an exorcism".

In 2016, he was made a member of Phi Beta Kappa at Oregon State University.

In 2017, Coates will join the faculty of New York University's Arthur L. Carter Journalism Institute as a Distinguished Writer in Residence.