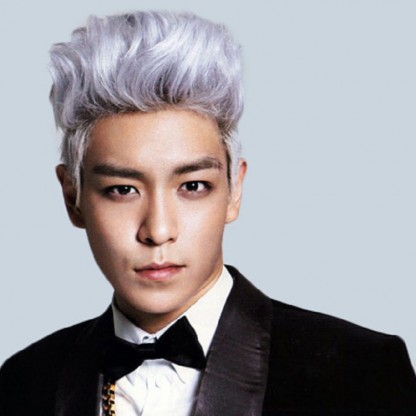 T.O.P (Rapper) was born on November 04, 1987 in Seoul, South Korea, Korean, is Rapper, Actor. T.O.P is the stage name of South Korean rapper and actor Choi Seung-hyun who is best known as one of the five members of the K-pop boy-band 'Big Bang', which also includes his rapper friend G-Dragon and singers Taeyang, Daesung, and Seungri. Despite emerging out of the K-pop industry notorious for producing unoriginal, trained bubblegum groups, he and his band brought in rap, R&B and dance elements into pop and have been praised widely for their individuality. The group not only became popular in Korea, Japan and neighboring countries, but also earned recognition worldwide, charting on the 'US Billboard 200' and earning awards at MTV 'Europe Music Awards'. He simultaneously pursued a solo career, often collaborating with his band-mates and other artists. He also ventured into acting, appearing on the South Korean TV series 'I Am Sam' and 'Iris', and played lead roles in movies such as '19-Nineteen', '71: Into the Fire', 'Commitment', 'Tazza: The Hidden Card' and 'Out of Control'. He further expanded his career by debuting as a furniture designer, collaborating with the brand Vitra, which earned him the 'Visual Culture Award' at the 'Prudential Eye Awards'.
T.O.P (Rapper) is a member of Singers 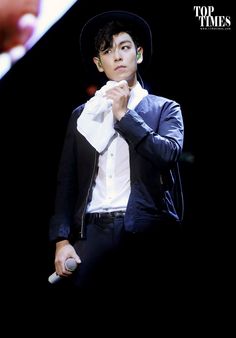 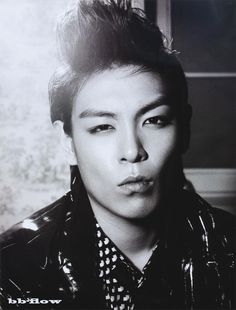 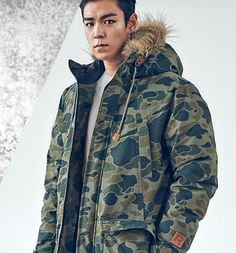 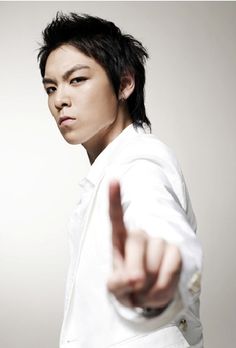 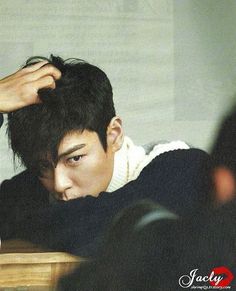 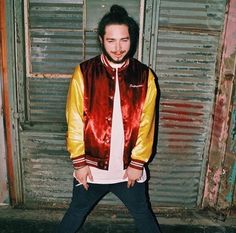 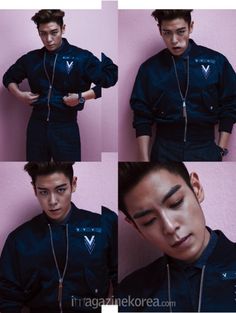 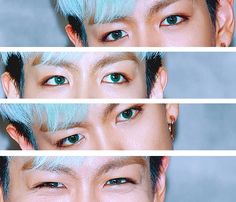 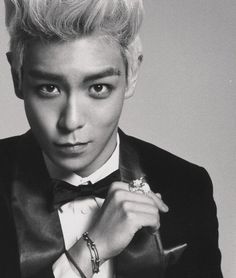 Following the release of the band's albums and singles, T.O.P. began working on his solo career. In April 2007, he was featured with fellow Big Bang members Taeyang and G-Dragon on singer Lexy's single "Super Fly" for her album Rush. Later that summer, he appeared as an actor in Red Roc's "Hello" music video. He became the first member of Big Bang to venture into acting, starring in the KBS2 drama I Am Sam, portraying the school's top fighter, Chae Musin. Despite wanting to use his stage name when acting, believing it reflects his professional side more, he is often billed with his real name, with his stage name included in parenthesis. He also became a host of MBC's music program Music Core.

While promoting his group's materials in 2008, T.O.P appeared on other artists' records, including Gummy for the song "I'm Sorry" for her album Comfort, veteran singer Uhm Jung-hwa for her single "D.I.S.C.O." and ZiA for her single "I Only See You". The same year, he was admitted to Dankook University in the theatre department. The following year, T.O.P. portrayed the Assassin Vick in the critically acclaimed Korean television drama Iris (2009). He also recorded the song "Hallelujah" for the drama's Soundtrack with Taeyang and G-Dragon. Following Iris, T.O.P. starred in the suspense film 19-Nineteen along with fellow member Seungri. The duo released the single "Because" for the movie's Soundtrack.

Later that year, T.O.P and bandmate G-Dragon formed a subunit to release the album GD & TOP (2010). Prior to the release of the album, the duo held a worldwide premiere showcase for their album at Times Square in Yeongdeungpo of Seoul, South Korea, which was also broadcast live on YouTube. Three singles were released in support of the album: "High High", "Oh Yeah", and "Knock Out". All three singles preceded the release of the album and attained commercial successes: "Knock Out" was a chart topper while "Oh Yeah" and "High High" both peaked at number two and number three respectively. The album was released on Christmas Eve, and debuted at number one with pre-orders of 200,000 copies.

From 2011 to 2012, T.O.P was extensively involved with Big Bang's promotional activities for their EPs Tonight (2011) and Alive (2012) which included a ten-month world tour that travelled to four continents. After group activities wrapped up, he focused his attention back to acting, starring in the film Commitment (2013), playing the son of a North Korean spy who is falsely accused. T.O.P first became attached to the role because he "felt sympathy for the main character, Lee Myung Hoon." While filming a combat scene for the movie, he injured the back of his hand on a glass fragment and was later admitted to the hospital for surgery. For his role, he won the Rookie Award at the Asia Star Awards, held during the Busan International Film Festival.

While K-pop is notorious for producing highly manufactured bubblegum groups, T.O.P and Big Bang have been praised for their individuality and ability to fuse a pop sound with rap, R&B and dance elements. Columnist Jeff Benjamin of Billboard K-Town noted how T.O.P is known for his low-bass timbre rapping, while fellow Journalist Tamar Herman, wrote that T.O.P's rap is "an integral part to the group's sound" and that he tends to favor an "confident, almost mocking, tone". Adrienne Stanley of Kpop Starz also praised the Rapper for his "speed and accuracy" when delivering bars. Both his solo releases – "Turn It Up" and "Doom Dada" – are hip hop influenced, with the latter drawing critical acclaim for its "lyrical rhythms [that] are both inviting and alienating" from Dazed magazine, that declared that T.O.P was leading the evolution of K-Pop. Additionally, Billboard noted how the song's melody "is magnetizing with its whirring synths, tribal beats, and chanting, all of which pale in comparison to the rapper’s aggressive, multi-tonal delivery of his verses," affirming that T.O.P "revealed his true artistry" with the song.

In 2014, T.O.P starred in the gambling film Tazza: The Hidden Card, based on the manhwa of the same name. After debuting as a furniture designer in 2015 in collaboration with Vitra, he was awarded the Visual Culture Award at the Prudential Eye Awards. Later that year, he starred in CJ E&M's web drama The Secret Message alongside Japanese Actress Juri Ueno. Despite being a Rapper, he sang on the single "Hi Haruka" as part of the drama's Soundtrack.

After spending the majority of 2015 touring and promoting Big Bang's materials for their album Made (2016), T.O.P was cast in the German-Chinese film Out of Control alongside Hong Kong Actress Cecilia Cheung. The movie is scheduled for release in China. He also curated a collection of contemporary art as part of Sotheby's special charity auction #TTTOP in Hong Kong, displaying a mix of Asian and Western artists, with a portion of proceeds donated to the Asian Cultural Council (ACC) to support emerging Asian artists.

T.O.P began his two-year mandatory military Service on February 9, 2017 as a conscripted police officer, where he was set to be discharged on November 8, 2018 after completing the requirements. After news broke in June that he would be prosecuted without detention for use of marijuana, T.O.P was subsequently transferred to a different police division to await notice of prosecution, and was suspended from police duty pending verdict on his case. A few days after the announcement, T.O.P was found unconscious in police barracks due to a suspected anti-anxiety Medicine overdose of prescribed benzodiazepine, and was hospitalized. On June 8, T.O.P’s mother confirmed that her son had opened his eyes and was recovering.

T.O.P resumed his mandatory Service as public Service officer attached to Yongsan-gu Ward Office in central Seoul on January 26, 2018. With 520 days left in his Service after taking count of the 117 days he was enlisted in the military, his expected discharge will be in June 2019.

T.O.P often edits his lyrics "more than a hundred times," and draws inspirations from "things that don’t speak. [From] beautiful and pretty objects rather than people." While hip hop is his primary music consumption, he also listens to classical music and particularly enjoys the English rock band Pink Floyd. He also notes how his role as a musician influenced his acting to be more emotional. While internationally, Big Bang is often referred to as a "K-pop" group, T.O.P has expressed distaste with the label noting how "[y]ou don't divide pop music by who's doing it. We don't say, for instance, 'white pop' when white people make music."