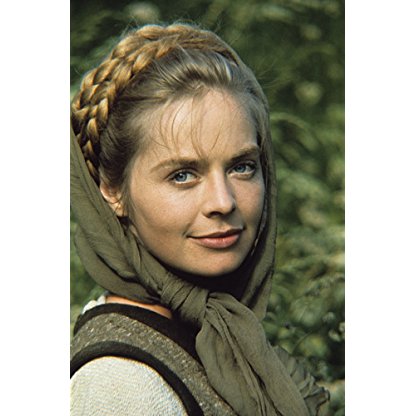 Susannah York was bornon January 09, 1939 in  Chelsea, London, England, United Kingdom, is Actress, Writer, Soundtrack. The lovely Susannah York, a gamin, blue-eyed, cropped blonde British actress, displayed a certain crossover star quality when she dared upon the Hollywood scene in the early 1960s. A purposefully intriguing, enigmatic and noticeably uninhibited talent, she was born Susannah Yolande Fletcher on January 9, 1939 in Chelsea, London, but raised in a remote village in Scotland. Her parents divorced when she was around 6. Attending Marr College, she trained for acting at London's Royal Academy of Dramatic Art, winning the Ronson Award for most promising student. She then performed classical repertory and pantomime in her early professional career.Making an impression on television in 1959 opposite Sean Connery in a production of "The Crucible" as Abigail Williams to his John Proctor, the moon-faced beauty progressed immediately to ingénue film roles, making her debut as the daughter of Alec Guinness in the classic war drama Tunes of Glory (1960). She emerged quickly as a worthy co-star with the sensitively handled coming-of age drama The Greengage Summer (1961), the more complex psychodrama Freud (1962), as a patient to Montgomery Clift's famed psychoanalyst, and the bawdy and robust 18th century tale Tom Jones (1963), with Susannah portraying the brazenly seductive Sophie, one of many damsels lusting after the bed-hopping title rogue Albert Finney.Susannah continued famously both here and in England in both contemporary and period drama opposite the likes of Warren Beatty, William Holden, Paul Scofield and Dirk Bogarde. Susannah was a new breed. Free-spirited and unreserved, she had no trouble at all courting controversy in some of the film roles she went on to play. She gained special notoriety as the child-like Alice in her stark, nude clinches with severe-looking executive Coral Browne in the lesbian drama The Killing of Sister George (1968). A few years later, she and Elizabeth Taylor traveled similar territory with Zee and Co. (1972).Acting award ceremonies also began favoring her presence, winning the BAFTA film award as well as Oscar and Golden Globe nominations for her delusional Jean Harlow-like dance marathon participant in the grueling Depression-era film They Shoot Horses, Don't They? (1969). Her crazy scene in the shower with Oscar-winner Gig Young was particularly gripping and just one of many highlights in the acclaimed film. She also copped a Cannes Film Festival award for her performance in Images (1972) playing another troubled character barely coping with reality. On television, she was Emmy-nominated for her beautifully nuanced Jane Eyre (1970) opposite George C. Scott's Rochester.Susannah's film career started to lose ground into the 1970s as she continued her pursuit of challengingly offbeat roles as opposed to popular mainstream work. The film adaptations of Kurt Vonnegut Jr.'s Happy Birthday, Wanda June (1971) opposite Rod Steiger and Jean Genet's The Maids (1975) with Glenda Jackson were not well-received. Her performances in such films as Gold (1974), Conduct Unbecoming (1975) which starred another famous York (Michael York), That Lucky Touch (1975), Sky Riders (1976) and The Shout (1978) were overlooked, as were the films themselves. In the one highly popular movie series she appeared in, the box-office smashes Superman (1978) and its sequel Superman II (1980), she had literally nothing to do as Lara, the wife of Marlon Brando's Jor-El and birth mother of the superhero. While the actress continued to pour out a number of quality work assignments in films and television, she failed to recapture the glow of earlier star.Wisely, Susannah began extending her talents outside the realm of film acting. Marrying writer Michael Wells in 1960, she focused on her personal life, raising their two children for a time. The couple divorced in 1980. In the 1970s, she wrote the children's books "In Search of Unicorns" and "Lark's Castle". She also found time to direct on stage and wrote the screenplay to one of her film vehicles Falling in Love Again (1980). On stage Susannah performed in such one-woman shows as "Independent State", 'Picasso's Women", "The Human Voice" and "The Loves of Shakespeare's Women", while entertaining such wide and varied theatre challenges as "Peter Pan" (title role), "Hamlet" (as Gertrude), "Camino Real", "The Merry Wives of Windsor", "A Streetcar Named Desire", "Private Lives", "Agnes of God" and the title role in "Amy's View".At age 67, Susannah showed up once again on film with a delightful cameo role in The Gigolos (2006), and seemed ripe for a major comeback, perhaps in a similar vein to the legendary Judi Dench, Maggie Smith and Helen Mirren. Sadly, it was not to be. Diagnosed with bone marrow cancer, the actress died in January 15, 2011, six days after her 72nd birthday. Her final films, Franklyn (2008) and The Calling (2009), proved that she still possessed the magnetism of her earlier years.
Susannah York is a member of Actress 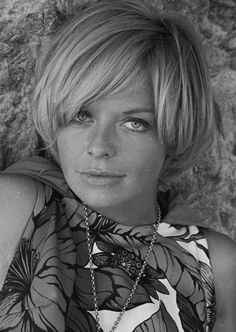 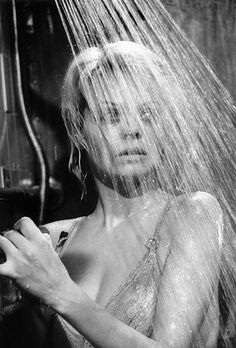 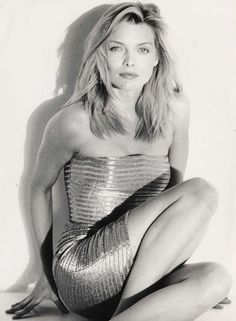 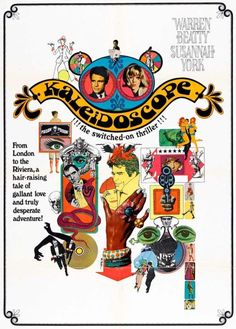 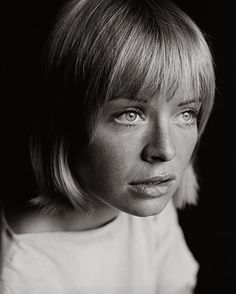 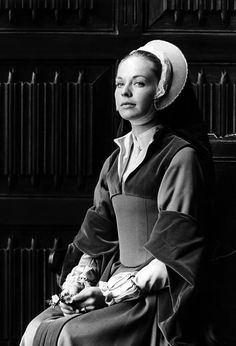 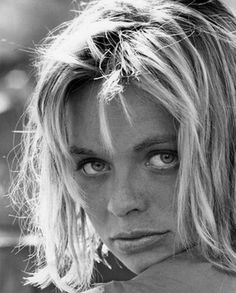 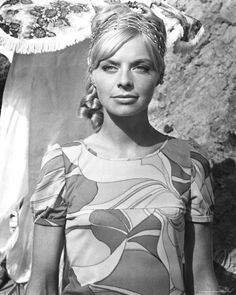 York was born in Chelsea, London, in 1939, the younger daughter of Simon william Peel Vickers Fletcher (1910–2002), a merchant banker and steel magnate, and his first wife, the former Joan Nita Mary Bowring. They married in 1935, and divorced prior to 1943. Her maternal grandfather was Walter Andrew Bowring, CBE, a British diplomat who served as Administrator of Dominica (1933–1935); she was a great-great-granddaughter of political Economist Sir John Bowring. York had an elder sister, as well as a half-brother, Eugene Xavier Charles william Peel Fletcher, from her father's second marriage to Pauline de Bearnez de Morton de La Chapelle.

In early 1943, her mother married a Scottish businessman, Adam M. Hamilton, and moved, with her daughter, to Scotland. At the age of 11, York entered Marr College in Troon, Ayrshire. Later, she became a boarder at Oak Hall school (later to become Wispers school) in Haslemere, Surrey. At 13, she was removed, effectively expelled, from Oak Hall after admitting to a nude midnight swim in the school pool, and she transferred to East Haddon Hall in Northamptonshire.

Enthusiastic about her experiences of acting at school (she had played an ugly sister in Cinderella at the age of nine), York first decided to apply to the Glasgow College of Dramatic Art, but after her mother had separated from her stepfather and moved to London, she instead auditioned for the Royal Academy of Dramatic Arts. There, she won the Ronson award for most promising student before graduating in 1958.

In 1959, York married Michael Wells, with whom she had two children: daughter Sasha (born May 1972), and son Orlando (born June 1973). They divorced in 1976. In the 1984 TV adaptation of A Christmas Carol, she played Mrs. Cratchit and both of her children co-starred as Cratchit offspring. Orlando gave York her first grandchild, Rafferty, in 2007.

Her film career began with Tunes of Glory (1960), co-starring with Alec Guinness and John Mills. In 1961, she played the leading role in The Greengage Summer, which co-starred Kenneth More and Danielle Darrieux. In 1962, she performed in Freud: The Secret Passion with Montgomery Clift in the title role.

York played Sophie Western opposite Albert Finney in the Oscar-winning Best Film Tom Jones (1963). She had turned the part down three times and only agreed to participate because she felt guilty over cooking a disastrous meal for the Director Tony Richardson, who was determined not to accept her refusal. She also appeared in Kaleidescope (1966), A Man for All Seasons (1966), The Killing of Sister George (1968), and Battle of Britain (1969). She co-starred with George C. Scott (as Edward Rochester), playing the title role in an American television movie of Jane Eyre (1970). It was also in 1970 that Susannah York played opposite Peter O'Toole in Country Dance.

York was nominated for a Best Supporting Actress Oscar for They Shoot Horses, Don't They? (1969). She snubbed the Academy when, regarding her nomination, she declared it offended her to be nominated without being asked. She was highly praised for her performance, though she said "I don't think much of the film, or of myself in it." She did attend the ceremony but lost to Goldie Hawn for her role in Cactus Flower.

In 1972, she won the Best Actress award at the Cannes Film Festival for her role in Images. She played Superman's mother Lara on the doomed planet Krypton in Superman (1978) and its sequels, Superman II (1980) and Superman IV: The Quest for Peace (1987). York made extensive appearances in British television series, including Prince Regent (1979), as Maria Fitzherbert, the clandestine wife of the Future George IV, and We'll Meet Again (1982).

In 1978, York appeared on stage at the New End Theatre in London in The Singular Life of Albert Nobbs with Lucinda Childs, directed by French Director Simone Benmussa. This was the first of 10 projects she completed with the Producer Richard Jackson. The following year, she appeared in Paris, speaking French in a play by Henry James: Appearances, with Sami Frey. The play was again directed by Benmussa.

In the 1980s, again with Benmussa, York played in For No Good Reason, an adaptation of George Moore's short story, with Susan Hampshire. In 1985, she appeared in Fatal Attraction by Bernard Slade at the Theatre Royal Haymarket. In 2007, she appeared in the UK tour of The Wings of the Dove, and continued performing her internationally well received solo show, The Loves of Shakespeare's Women. Also in 2007, she guest starred in the Doctor Who audio play Valhalla. In 2008, she played the part of Nelly in an adaptation by April De Angelis of Wuthering Heights.

In 1984, York starred as Mrs. Cratchit in A Christmas Carol (1984), based on the novel by Charles Dickens. She again co-starred with George C. Scott (as Ebenezer Scrooge), David Warner (Bob Cratchit), Frank Finlay (Jacob Marley), Angela Pleasence (The Ghost of Christmas Past) and Anthony Walters (Tiny Tim).

She was a guest, along with David Puttnam on the BBC Radio 4 documentary I Had The Misery Thursday, a tribute programme to film actor Montgomery Clift, which was aired in 1986, on the 20th anniversary of Clift's death. York had co-starred with him in Freud: The Secret Passion, John Huston's 1962 film biography of the psychoanalyst.

In 1992, she was a member of the jury at the 42nd Berlin International Film Festival.

In 2003, York had a recurring role as hospital manager Helen Grant in the BBC1 television drama series Holby City. She reprised this role in two episodes of Holby City's sister series Casualty in May 2004. Her last film was The Calling, released in 2010 in the UK.

Politically, she was left-wing, and publicly supported Mordechai Vanunu, the Israeli dissident who revealed Israel's nuclear weapons programme. While performing The Loves of Shakespeare's Women at the Cameri Theatre in Tel Aviv in June 2007, York dedicated the performance to Vanunu, evoking both cheers and jeers from the audience.

According to the website of Italian symphonic metal band Rhapsody of Fire (previously known as Rhapsody), York had been recruited for a narrated part on the band's next full-length album Triumph or Agony. In 2009, she starred alongside Jos Vantyler in the Tennessee Williams season at the New End Theatre, London for which she received critical acclaim.

York's last stage performance was as Jean in Ronald Harwood's Quartet, at the Oxford Playhouse in August 2010.

York was diagnosed with cancer late in 2010, but refused chemotherapy to honour a contractual obligation to appear in Ronald Harwood's Quartet. She died at the Royal Marsden Hospital in London from multiple myeloma on 15 January 2011, six days after her 72nd birthday.