Sudhir Ruparelia was born on January 17, 1956 in Uganda. Sudhir Ruparelia is the founder of Ruparelia Group, one of Uganda's largest conglomerates. The company owns a commercial bank, a string of hotels and country clubs and more than 200 commercial properties. He started building his empire in Uganda in 1985 after returning from the United Kingdom, when he went after being expelled from Uganda by then President Idi Amin in 1972 along with the other Asians in the country. Ruparelia began by importing beer and salt from Kenya and subsequently started a foreign exchange bureau which laid the foundation for his entry into commercial banking. In 2013 he acquired Victoria University, Kampala.
Sudhir Ruparelia is a member of Diversified 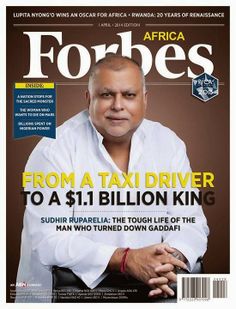 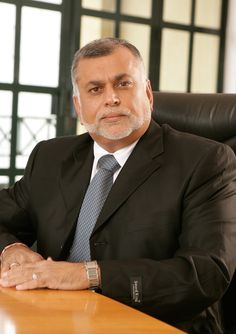 Ruparelia was born in Kabatoro, Kasese District in the Western Region of Uganda to an upper-middle-class Gujarati family. His great-grandfather reached Mombasa, Kenya in 1897 from India and set up a trading store there before coming to Uganda in 1903. His grandfather was born in Uganda in 1918 and his Father in 1932. Ruparelia has two sisters and one brother. He attended Bat Valley Primary School in Kampala, from P1 to P6, then Jinja Main Street Primary School in Jinja for P7 and Jinja Secondary School. In 1971, he joined Kololo Senior Secondary School.

He moved to the United Kingdom with his parents in 1972 at the age of 16, when the dictator Idi Amin expelled all Asians from Uganda. He returned to Uganda in 1985, with US$25,000 earned from several Casual jobs including working in supermarkets, factories, and butcheries. Ruparelia started selling beer and spirits imported from Kenya. In 1989, beer importation was banned to encourage local brewing of alcohol and he realised he could not make beer. But since his customers, who were mainly foreigners, paid him in foreign currency, he started Crane Forex Bureau, the first in Uganda. With his profits, Ruparelia ventured into other businesses, including forming Crane Bank in 1995. Later, he organized his businesses under the umbrella of the Ruparelia Group.

Ruparelia is married to Jyotsna, and they have three children: Meera (married to Ravi Kotecha in 2014) is the eldest, Rajiv is his only son, and Sheena is the younger daughter. Meera and Rajiv hold senior positions in the conglomerate. Chaitanya Joseph Darsi is his good friend and Business advisor.

According to Forbes in 2015, he was the 27th wealthiest individual in Africa, with an estimated net worth of US$800 million. On 20 October 2016, the Bank of Uganda, which regulates all banks in Uganda, took control of Crane Bank, the largest subsidiary of the Ruparelia Group, due to a significant decline in capital and potential run on the bank.