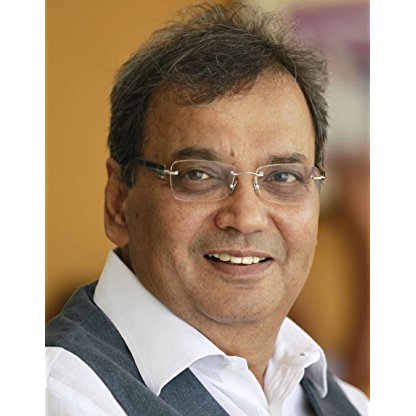 Subhash Ghai was born on January 24, 1945, is Producer, Writer, Actor. Ram Lakhan (1989), Khal Nayak (1993), Hero (1983), Karz (1980), these are some grand films made by a grandiose director. Since 1976, Subhash has been directing films. But recently where has the fanfare and the fire has gone from Mukta arts main director? Subhash started in 1976 with the film Kalicharan (1976), a film he made without any previous directorial experience. The film was rejected seven times before it came to NN Sippy who gave Ghai his shot. He followed this two years later with Vishwanath (1978) but struck big time with his third film, and first under his Mukta Arts banner, Karz (1980). With hit pairing of Rishi Kapoor and Tina Minium, Karz brought together Subhash & Laxmikant-Pyarelal. He then hit the audience with Hero (1983), starring an actor he would repeat many time in his future films, Jackie Shroff. This was his first film as the main protagonist. It also established Meenakshi as a top heroine. In the first two weeks, the film was declared a dud. However, from its third week onwards it went on to run at cinemas for many golden jubilees.Again musically, Ghai had the genius stroke of having Pakistan's top singer Reshma sing Lambi Judaai with just 11 instruments. He hit next with _Meri Jung (1982)_ with Anil Kapoor and then he gave the term Multi Starrer blockbuster its true home. Karma was released in 1986 with huge fanfare. The pre-production hype matched its pre-release hype with the rivalry of Dillip Kumar and Naseeruddin Shah. It was a superhit. Again new faces were brought in. Anupam Kher made his appearance as Dr. Dang. Ghai received a national award for making an anti-terrorism film. In his next film, one of Bollywood's legends was born, Madhuri Dixit in Ram Lakhan (1989). Another superhit for a barely textbook script. Like his track record, Saudagar (1991), his next release united two icons together. Dilip Kumar and Raj Kumar. Again Ghai launched another star, Manisha Koirala. Another film another superhit. His next film was one of the most talked about films of its time and could match any film today for column space. Sanjay as the bad guy and Jackie as the good guy. Madhuri caught in between the two. _Khalnayak (1993)_ was notorious for many things. At the same time, Sanjay wound up in jail on terrorist charges. Before jail, Sanjay and Madhuri were said to be having a relationship, but when Sanjay ended up in Jail Madhuri dropped him like hot cakes and denied all knowledge of being anything more than a co-star. The main song "Choli ke peechay" was at the top of every chart and just as controversial. This was the showman's greatest moment. From here it could only go down.Though Trimurti wasn't directed by Subhash, it came from the same production house. The film was put on hold for ages. It was meant to be a triumphant moment for Ghai. The showman and the star, Shah Rukh Khan united. For all the time he had been in Bollywood he had never made a film with Amitabh and this was his time to show the world what he could do with the star of the moment. But the project was laid back for months as Subash waited for Sanjay Dutt to be released from prison. Eventually, Dutt had a face to face meeting with Ghai and told him straight. Replace me. Anil Kapoor was drafted in. But even with Jackie Shroff, Shah Rukh Khan and Anil Kapoor the weak script was destined to fail. Its failure hit Ghai hard and Mukul Anand even harder. The later never got the chance to direct another film. His venture after Trimurti was Dus. He died towards the end of shooting. The film never saw release. With the knives that were stuck in Ghai, he came back with another Shah Rukh film this time directed by himself. Pardes (1997) was launched with Ghai declaring that from now on his films would be aimed at NRIs. From that moment on Ghai lost his biggest supporter, the press. An average hit compared to the Ghai catalog. By now he'd even changed his musical directors to Nadeem-Sharavan. Music is where the hits and flops were made. Ghai knowing this asked AR Rehman to write the music for his next film. He struck gold again. The star of the show was Aishwarya. It made phenomenal amounts of cash - not bad for a film where nothing interesting happens until the interval where one A. Kapoor makes an appearance. Ghai was back. He knew who'd been the people who'd stuck the knives in his back and isolated them, the press.He had the last laugh. Or did he. Forward to 2001 and Ghai was planning to make history. Hrithik and Kareena together for the first time. _Yaadein (2001)_. From its announcement the press were out to hound Ghai. And it showed. The film was written off from day one. Criticised from anything and everything. The coke ads, the numerous other in film adverts, too fluffy. Jackie Shroff was the only saving grace to come out of this film. Subhash has isolated the one thing that gave his film the hype and now he's feeling very left out from the Indian press who have warmed up to other directors. Ghai had a rule of releasing a film every two years yet two years after Yaadein he has not announced a single directorial venture, just two producer ventures, Ek aur ek gyarah and Joggers Park. His ego and his own ability to create hype for his films could be to blame. He raises the expectations of his own films to such a level that the audience is expecting much. And if it fails to deliver even slightly, the audience and the press will hype up the failures even more so. What the future holds for Ghai is unknown and only he can answer. Though don't expect The Showman to let any other director take his title anytime soon!
Subhash Ghai is a member of Producer

Subhash Ghai was born in Nagpur. His father was a dentist who practised in Delhi. Subhash did his higher secondary in Delhi and thereafter graduated in Commerce from Rohtak, Haryana. In 1963, he moved to Pune, Maharashtra, to join the Film and Television Institute of India. In 1970, he married a girl from Pune named Rehana alias Mukta. Today, he lives in Mumbai with his wife, Mukta Ghai and daughters, Meghna Ghai Puri and Muskaan Ghai. Meghna Ghai Puri is the President of Whistling Woods International Institute.

Ghai started his career in Hindi cinema as an actor with small roles in films including Taqdeer (1967) and Aradhana (1971). He was the male lead in the 1970s Umang, and Gumraah (1976). His directorial debut was the film Kalicharan (1976) which he obtained through a recommendation by Shatrughan Sinha. As of 2016, he has written and directed a total of 16 movies.

In the 1980s and 1990s, he formed a successful collaboration with Dilip Kumar whom he directed in Vidhaata (1982), Karma (1986) and Saudagar (1991), the latter for which he won the Filmfare Best Director Award. He introduced Jackie Shroff as a leading actor in Hero (1983) and helped establish Anil Kapoor's rising career with Meri Jung (1985). He went on to frequently work with Shroff and Kapoor, casting them together in the films Karma (1986), Ram Lakhan (1989) and Trimurti (1995), the latter which he had produced and it was directed by Mukul S. Anand. His 1993 release Khalnayak starring Sanjay Dutt, Madhuri Dixit and Shroff featured the hit songs "nayak nahin khalnayak hu main" and the controversial "Choli Ke Peeche Kya Hai".

In 1997, he directed Pardes which starred Shahrukh Khan and newcomers Mahima Chaudhry and Apoorva Agnihotri. In 1999 he directed Taal which starred Akshaye Khanna, Aishwarya Rai and Anil Kapoor. Both Pardes and Taal were released internationally and were super-hits at the box office. His following films were Yaadein (2001) and Kisna (2005), which were box office flops.

He then took a break from directing and turned Producer with films including Aitraaz (2004), Iqbal (2005), 36 China Town (2006) and Apna Sapna Money Money (2006). In 2006, he set up his own film institute Whistling Woods International in Mumbai. The institute trains students in filmmaking: production, direction, cinematography, acting, animation. Ghai has done brief cameos in his directorial ventures.

After a three-year hiatus from directing, he returned in 2008 with Black and White released on 7 March 2008 and, later Yuvvraaj released in November 2008 which didn't perform well at the box office. A. R. Rahman stated in an interview that Ghai had asked him to use the words "Jai Ho" in a song. 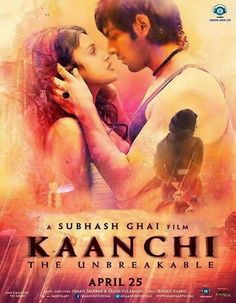 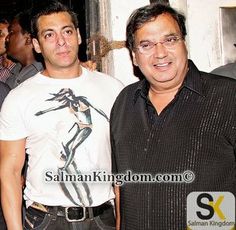 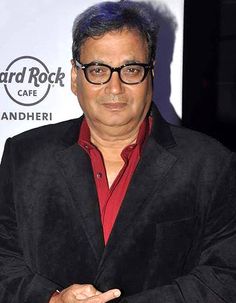 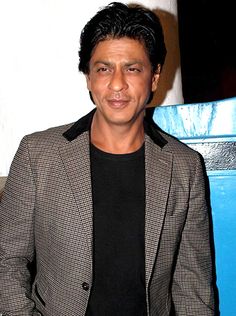