You don't need to know anything about garage to get it; the humour is in the hopelessness. Most of the principal characters are completely deluded in some way – Chabuddy, who believes his wife loves him, when she clearly does not. Or Grindah, who claims to reign over all MCs from a pirate station that only broadcasts five miles into London. You laugh at their failures, but it's a weird kind of schadenfreude because every character is so endearing you want them to succeed, not relentlessly embarrass themselves in front of a TV crew.

The four main actors were friends for years before they began making the show. They were brought together through Hugo Chegwin; he had known Steve Stamp since childhood, became friends with Asim Chaudhry at college, and met Allan Mustafa through a mutual friend. They all had experience DJing or MCing on pirate radio in their youth, and no ambition to be actors. Mustafa said, "I rapped at the time, but we never really ended up making music. We just watched The Office a lot and smoked weed." In the late 2000s, Chegwin and Stamp had a "fake garage crew" on a real station called KuruptFM. Chegwin and Mustafa began creating characters and filming them, and were further inspired when they watched the BBC documentary series Tower Block Dreams, about London's underground music scene, and found the participants amusing. MC Grindah was based on a pirate radio boss from the series. Stamp and Chaudhry became involved, and the foursome began improvising material and putting it on YouTube under the name "Wasteman TV".

The show started life in 2010 as "Wasteman TV", a YouTube series that was filmed and edited by Asim Chaudhry (Chabuddy G) before the BBC commissioned a pilot on 17 August 2012, which became the most shared iPlayer show for the month. A four-part series was eventually commissioned, which first aired on iPlayer in July 2014, then on terrestrial television the following month. A second series, of five episodes, aired in July 2015.

Aroesti gave the third series a highly positive review: "In an age of bleak comedy that barely makes you snigger, one show has been keeping up the lost art of making people laugh – the hilarious, half-witted pirate radio mockumentary." She added, "[the show] is not an old-fashioned sitcom by any stretch – it’s understated, meta and set in a niche subculture – but it is truly traditional in its comedy: beats are hit and joke quotas filled, scene in, scene out." She appreciated that the series also "decided to go for the dramatic jugular. The final episode of this series offered fans a precious opportunity to laugh and cry at exactly the same time ... By making you care about the characters (even the monstrosity that is MC Grindah – a David Brent with malicious intent), viewers will now have two reasons for tuning in."

The four main actors, along with "Decoy" and "Fantasy", tour nightclubs and music venues as "Kurupt FM", where they appear in character. They have also played music festivals including Glastonbury and Reading and Leeds. Mustafa said in 2016, "We all wanted to be Musicians when we were younger. So now, in a way, it's like we're living out what we didn't get to do, playing all these festivals. We get two sick jobs: we get to film and we get to fuck around on stage and be headliners." Stamp added, "And because we're in character, we can sort of get away with whatever. Like my shit mixing; it's because I'm Steves, not because I'm a shit DJ." On-stage guests have included grime artists Stormzy and Big Narstie.

In March 2017 the cast appeared alongside musician Ed Sheeran in a spoof music video for the charity Comic Relief on BBC One.

For the second series, David Renshaw of The Guardian said it was "a welcome return from the gang", and commented "Despite its larger-than-life characters, People Just Do Nothing’s success lies in its believability ... You get the feeling that if you drove out to Brentford you might actually run in to them." He especially praised the comedy provided by DJ Steves and Chabuddy G. Rachel Aroesti, also of The Guardian, said "the episode where Grindah panics after taking a pill at his club night has good claim to be the comic highlight of 2015". 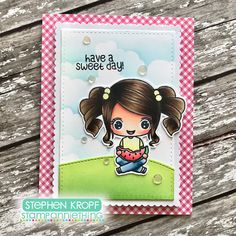