Steve Cohen was born on May 24, 1949 in Greenwich, Connecticut, United States, is Founder, Point72 Asset Management. Steve Cohen oversees Point72 Asset Management, an $11 billion family office that is run like a big hedge fund. For years Cohen ran SAC Capital, one of the most successful hedge funds ever. Cohen was forced to shut down SAC Capital after the firm pleaded guilty to insider trading charges that cost Cohen $1.8 billion in penalties. Cohen is now preparing for January 2018, when his two-year regulatory ban on managing non-family money expires.
Steve Cohen is a member of Investments 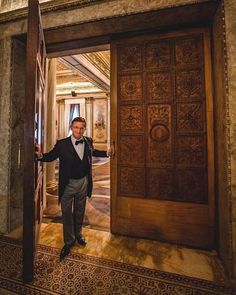 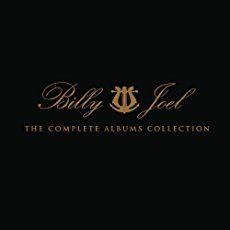 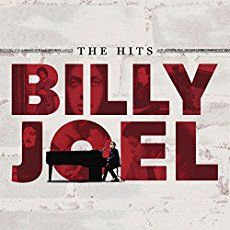 Cohen was born in Memphis, Tennessee on May 24, 1949, the son of Genevieve (née Goldsand) and pediatrician Morris David Cohen. He has two older brothers, Michael Corey and Martin D. Cohen. He is a fourth-generation Memphian, and is a grandson of Jewish immigrants from Lithuania and Poland. His immigrant grandfather owned a newsstand. Cohen contracted polio when he was five, and the disease caused him to shift his attention from Sports to politics at an early age. When Cohen was eleven, John F. Kennedy made a campaign stop in Memphis, and Cohen took a picture of Kennedy sitting on a convertible. Cohen describes Kennedy as his political hero; the picture still hangs in his office. In 1961, Cohen’s family moved to Coral Gables, Florida where his Father took a residency in psychiatry at the University of Miami. From 1964 to 1966, the Cohen family resided in Pasadena, California where Dr. Cohen completed a fellowship in pediatric psychiatry at the University of Southern California. Cohen, who attended Polytechnic School, returned to Florida in 1966 to graduate from Coral Gables High School before returning to Memphis where his Father established his private psychiatry practice.

Cohen is the first Jew to represent Tennessee in Congress, as well as the first white Democrat to represent a significant portion of Memphis since freshman George Grider was defeated by Republican Dan Kuykendall in 1966, and the first Jew to represent a majority black district, as well as one of the few white congressmen that has represented a black-majority district. Before being elected, Cohen told reporters that he would seek to become the first white member of the Congressional Black Caucus, but later decided against joining after members of the CBC (influenced by co-founder Bill Clay) indicated that they would not allow a non-black to join.

While serving for three years as Legal Advisor for the Memphis Police Department, Cohen rose to political prominence when he was elected to the Tennessee Constitutional Convention of 1977 at the age of 27. The Convention elected him its vice President. Cohen was then elected to serve as a commissioner on the Shelby County Commission, an office he held from 1978 to 1980. During his time at the Commission, Cohen was instrumental in the creation of The Med, a community-funded regional hospital. In 1980, Cohen served as an interim Shelby County General Sessions Court judge. He has also served as a delegate to the 1980, 1992, 2004, 2008, 2012, and 2016 Democratic National Conventions.

When elected in 1982, Cohen was the first Jewish member to serve in the Tennessee Senate since 1958.

He sponsored and passed legislation providing funding for the construction of the Autozone Park baseball stadium, creating the Holocaust Commission, and providing permanent funding for the arts with Tennesseans for the Arts license plates. He was awarded the Bill of Rights Award from the American Civil Liberties Union and the Bird Dog Award for Ethics from Tennessee Common Cause in 1992.

In 1994, Cohen ran for Governor of Tennessee, but was finished fifth in the primary to Phil Bredesen with 4.95% of the vote. Bredesen lost the general election to Congressman Don Sundquist, but would go on to succeed Sundquist in 2003.

In 1996, Cohen ran for election to the United States House of Representatives seat for the 9th District, which came open when 22-year incumbent and fellow Democrat Harold Ford, Sr. announced his retirement. The then 26-year-old Harold Ford, Jr., the incumbent's son, was his opponent in the Democratic primary. Reflecting on the race, Cohen said, "I'd spent fourteen years in the [state] Senate, had the experience, and didn't like the idea of [the seat] being handed down like an heirloom."

Cohen was able to return to the State Senate after the election. Tennessee state senators serve staggered four-year terms, and Cohen did not have to run for reelection to the Senate until 1998.

For 18 years, Cohen strove to repeal the ban on lotteries in the Tennessee State Constitution. His efforts were successful in 2002, and a state lottery program designed to provide college scholarships for Tennessee students was adopted the following year. The lottery program is regarded as the most well-known accomplishment of Cohen's Senate career, having raised over $2 billion for scholarships, afterschool programs, pre-K, technical center grants, and Energy saving capital programs in K-12 schools as of 2012. Cohen also sponsored legislation relating to expansion of community access to Health care, the protection of animal rights, the reinstatement of voting rights, graduated driver licenses, and funding for the arts during his career. He sponsored the T-Bo law, the nation's first-ever statute providing for damages up to $5000 in cases of intentional or negligent acts resulting in the death of a companion dog or cat. He has won six awards from the Humane Society as of 2011.

In March 2005, Cohen was one of three members of the Tennessee Senate to vote against the Tennessee Marriage Protection Amendment, which Tennessee voters approved via a referendum in November 2006. During the course of the debate on the amendment, Cohen offered several amendments to the amendment, all of which failed, including the proposed addition of an "adultery clause," which said "Adultery is deemed to be a threat to the institution of marriage and contrary to public policy in Tennessee." Cohen won the Political Leadership Award from the Human Rights Campaign.

On October 8, 2006, Cohen, Ford, and White participated in a televised debate in Memphis. Among other topics, issues discussed included Iraq, medical marijuana, education, and the Tennessee Marriage Protection Amendment. Ford attacked Cohen's record in the State Senate, including his opposition to the Marriage Protection Amendment, support for medical marijuana, and his voting attendance record. Cohen responded by standing by his public record, pointing out Ford's lack of experience in public office, and indicating that Ford had been to jail and had dropped out of high school.

Steve Cohen has sponsored 16 bills since January 4, 2007, of which 13 haven't made it out of committee and 2 were successfully enacted. Cohen has co-sponsored 762 bills during the same time period.

On August 6, 2008, one day before the August 7, 2008 Democratic Congressional Primary, a confrontation between California-based documentary filmmaker Peter Musurlian and Cohen erupted. During a press conference at Cohen's home, Musurlian was asked to leave by Cohen's staff and Cohen himself. Cohen then put both hands on Musurlian's arms and forced him out of the home after Musurlian refused to leave.

Cohen voted against prioritizing spending in the event of the debt limit being reached. He voted to create an 825 billion dollar economic recovery package as well as an additional 192 billion dollar anti-recession stimulus in 2009. He has supported additional stimulus packages and bailouts, such as the GM and Chrysler bailout.

In a speech on the House floor on January 18, 2011, Cohen said of the Republican effort to repeal the Obama administration's health care reform law:

Cohen announced in 2012 that Memphis is to be awarded a $15 million TIGER IV Grant for the Main Street to Main Street Multi-Modal Connector Project. The project will add a dedicated sidewalk to the Harahan Bridge connecting Tennessee to Arkansas, allowing people to walk, run, or bicycle over the Mississippi River. The project has drawn praise from many in the Business community, including FedEx founder Fred Smith.

Cohen became the subject of media attention when during the 2013 State of the Union address he accidentally publicly tweeted at model Victoria Brink, “pleased u r watching. ilu,” and then deleted the tweet. He later explained to reporters that Brink was his daughter and that he had only learned of her three years prior. In July 2013, CNN facilitated a DNA test with Cohen, Brink, and the man who raised her, John Brink. The test revealed that John Brink was in fact the Father of Victoria. Cohen said in a statement "I was stunned and dismayed."

According to Cohen's hometown paper, the Memphis Commercial Appeal, he was "accused of upsetting the newfound atmosphere of civility in the House" following the assassination attempt on Arizona Congresswoman Gabrielle Giffords. Republicans, as well as many in the media and in the Jewish community, expressed outrage and demanded that Democrats condemn Cohen's comment. Ron Kampeas of the Jewish Telegraphic Agency wrote that "someone needs to carpet Cohen, pronto, for his rhetoric." His remarks were also condemned by the National Jewish Democratic Council, which issued a statement saying that "invoking the Holocaust to make a political point is never acceptable—on either side of the aisle. Cohen’s comments and similar comments made by others are not helpful as our Leaders and citizens conduct a joint effort to advance civility in our political discourse. We implore Cohen and all our Leaders to choose their words carefully as we move forward."

In March 2015, Steve Cohen boycotted the speech of the Prime Minister of Israel to Congress, writing: "While Americans and members of Congress may disagree on anything, even foreign policy, providing a forum of such immense prestige and power to the leader of another country who is opposing our nation’s foreign policy is beyond the pale. It endangers the negotiations, insults the good faith of the other nations involved in the negotiations and emboldens Iran who may well view this schism in our government as an opportunity for advantage. While we can disagree with our President, we as a nation should be as one on our foreign policy and any disagreements should be presented in a respectful, appropriate and time-honored manner.”"

On August 17, 2017, Cohen announced that he planned to bring forward articles of impeachment against President Donald Trump owing to the president's series of comments regarding a white nationalist rally in Unite the Right rally on August 12. Cohen stated on his website,

In response, Israeli Journalist Caroline Glick wrote in an opinion column in the Jerusalem Post: "Radical leftist representatives who happen to be Jewish, like Jan Schakowsky of suburban Chicago and Steve Cohen of Memphis, are joining Netanyahu’s boycotters in order to give the patina of Jewish legitimacy to an administration whose central foreign policy threatens the viability of the Jewish state."