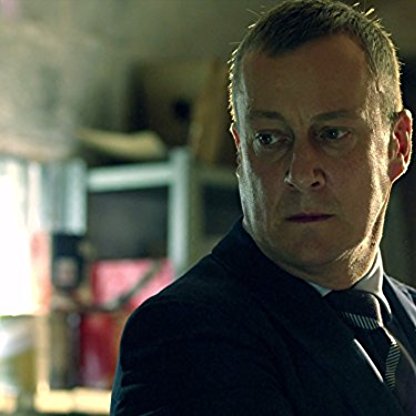 Stephen Tompkinson was born on October 15, 1965 in  Stockton-on-Tees, County Durham, England, United Kingdom, is Actor, Producer, Music Department. Stephen Tompkinson was born in Stockton-on-Tees in October 1965. His Grand-dad (who Stephen describes as "a comic genius") inspired him to take up acting and he attended the Central Drama School, which he left at the age of 23. He has rarely been out of work since and has worked on the stage, on radio, television and, most recently, on the big screen in the movie Brassed Off (1996), for which he has gained many excellent reviews. His TV roles have included a psychopathic poisoner (A Very Open Prison (1995)), a psycho TV reporter (Drop the Dead Donkey (1990)), a yuppie (Downwardly Mobile (1994)) and a priest (Ballykissangel (1996)). Stephen has also played "Demetruis" in "A Midsummer Night's Dream" for Radio 4. He is also a keen charity cricket player and once scored two more runs than Brian Lara, when they played on the same team. In 1994, he won a Best Comedy Actor award for his role as "Damien Day" in Drop the Dead Donkey (1990). In the future, he plans a trip to Australia (to do a report for the Holiday programme) before he begins filming a new series of Ballykissangel (1996) in March 1997.
Stephen Tompkinson is a member of Actor 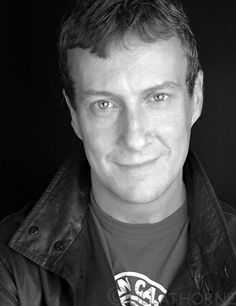 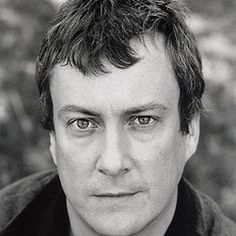 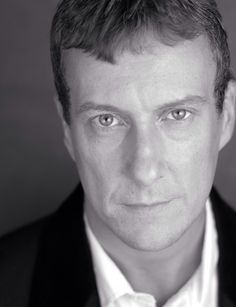 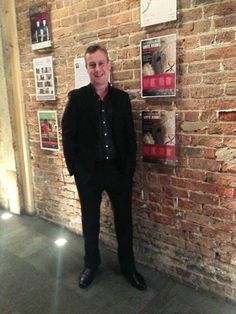 It is Tompkinson who – despite having the less showy part – really catches the eye. In the shadow of a more successful brother and a domineering wife, he precisely captures an air of despondent, hen-pecked resignation. Like Eeyore, he seems to be pursued by his own personal raincloud. Nobody does defeated better. Tompkinson is an actor who's become a winner by playing the loser....Trevor can be added to the actor's growing gallery of characters whom viewers watch and think, 'I know that bloke.'

Barely out of drama school, he appeared in 1988 (as Stephen Duffell) with Ken Goodwin and Freddie Davies in Peter Chelsom's 11-minute short film titled Treacle. It was the tale of Comedian Alfie Duffell's melodic legacy, set amid the Blackpool variety scene. The work received a 1988 BAFTA nomination in the category of Best Short Film.

He was cast in three episodes of Tales of Sherwood Forest (1989), nine episodes of Chancer (1990), and nine episodes of Minder (1991) It received the 1990 Prix Europa Special award for the film in the category "TV Fiction." Between 1990 and 1998, Tompkinson starred in 66 episodes of the satirical comedy Drop The Dead Donkey. He played the ambitious but unethical reporter Damien Day, and won the 1994 British Comedy Awards "Best TV Comedy Actor" award.

Tompkinson has said repeatedly that he enjoys the challenge of mixing television and film roles with live stage productions. He has appeared on stage in London's West End and in theatres across the UK. Of the 1992 production of Michael Wall's Women Laughing at the Royal Exchange Theatre, Alan Hulme of the Manchester Evening News described the cast as "superb....and the acting has the shocking eloquence of picture postcards in acid." And The Independent described The End of the Food Chain (1994) at the Stephen Joseph Theatre in Scarborough as "excellent" and "vividly acted."

In 1994, he was Private Simon 'Spock' Matlock, a history Teacher and intellectual in BBC comedy drama All Quiet on the Preston Front, written by Tim Firth and set in Lancashire. Alistair McGowan replaced him after the first series because Tompkinson had other commitments. That same year he was in Downwardly Mobile – a Yorkshire Television sitcom about a group of Yuppies – aired for one season but failed to make an impression and was not recommissioned.

In 1996 he starred in a British-made international feature film, Brassed Off, about a brass band in Grimley, a fictional Yorkshire colliery town where the mines are being shut down by the Tory government in the name of progress.

Also in 1998, and again in 1999, he co-starred with Robson Green in two series of Grafters, about two Geordie labourers who attempt to go into Business together renovating an old London house owned by a pair of Yuppies. Tompkinson's performance was praised by James Rampton of The Independent:

His narrated TV programmes and shows include Little Red Tractor, Trail of Guilt: Harold Shipman: Addicted to Murder (2000), When Snooker Ruled the World (2002), A Band for Britain (2010)and Choccywoccydoodah (2014). In addition, he has narrated numerous audiobooks.

Over the years he has participated in Comic Relief's Red Nose Day. In 2001, he was one of the team describing the work the charity does in Britain, helping victims of early Alzheimer's or teenagers who are HIV positive. In 1997, Tompkinson and Kirwan did a Comic Relief Sketch titled Ballykissdibley – with Dawn French and the cast of The Vicar of Dibley – in which they played their Ballykissangel characters, Fr. Peter Clifford and Assumpta Fitzgerald.

2003 saw him starring as Mortimer Brewster, along with Michael Richards of Seinfeld fame, in Arsenic and Old Lace at The Strand Theatre in London. The part required him to deliver his lines in a New York drawl. One reviewer commented, "The fact that many American audience members...assumed that Stephen was a bone fide American confirms the authenticity of his twang."

In 2004, Tompkinson played his first fact-based role in BBC1's two-part drama In Denial of Murder, playing the character of the Journalist Don Hale. There was controversy surrounding how the case was depicted, and in preparing to portray Don Hale he struggled to make sense of it. When asked his opinion, he explained that although he had done research to prepare for the role, he was merely an actor working from a script in which he had total faith and that he believed to be fair.

In 2005, Marian, Again was a psychological drama about the horrors that could lie within any community and just beyond anyone's front door. Owen Teale co-starred, along with Kelly Harrison in the title role and Samantha Beckinsale.

He was married to Celia Anastasia and subsequent to the couple's divorce he became engaged to Ballykissangel co-star Dervla Kirwan. He then married Nicci Taylor, with whom he had a daughter, Daisy Ellen. It was announced in December 2006 that they had separated and would divorce.

Since 2007 he has been in a relationship with Elaine Young.

He is an avid cricket fan. He once said that if he wasn't an actor he "wouldn't mind travelling the world as a cricket commentator, enjoying endless summers." In 2008 he wrote an article for The Wisden Cricketer about Darren Gough.

In 2009, he took part in the documentary, Stephen Tompkinson's Great African Balloon Adventure, a three-part series inspired by Jules Verne's first novel Five Weeks in a Balloon. It followed Tompkinson and his guide, hot air ballooning expert Robin Batchelor, as they travelled 6,108 miles in six weeks from coast to coast, above and on the ground in Tanzania, Rwanda, Zambia, Botswana and Namibia. The series aired on ITV in the UK in June 2009 and was later distributed by American Public Television in the U.S. The African balloon series was well received, and ITV commissioned a three-part follow-up series that aired on ITV1 in 2010, titled Stephen Tompkinson's Australian Balloon Adventure.

Along with Ewan Bailey, he performed a two-part radio drama titled Say What You Want to Hear (Swywth), written by Tim Wright and broadcast in 2010 on BBC Radio 4. His narrated radio documentaries include Brass Britain, which aired in 2008 and was reprised in 2010 on BBC Radio 2.

In late 2011, he recorded an advert for Text Santa, a charity initiative set up by ITV to support nine UK charities at Christmas. Stars of other ITV shows made similar adverts. In January 2012, it was announced that £4,120,000 was raised for the various charities.

In February 2012, Tompkinson supported the launch of a foundation established by Robbie Elliot, the former Newcastle United footballer who had helped Tompkinson improve his fitness for filming Harrigan. Elliott was proposing to complete a charity bicycle ride to raise funds for the Sir Bobby Robson Foundation and Breakthrough Breast Cancer. Stories captured along the ride – from Lisbon to Newcastle – will be made into a documentary narrated by Tompkinson and premiered in London in late 2012.

When Shaun Prendergast, who is a friend, wrote Faith and Cold Reading he created the part of a villain called Freddie the Suit for Tompkinson. The staging of that play at the Live Theatre in Newcastle in February–March 2011 is his most recent stage run.