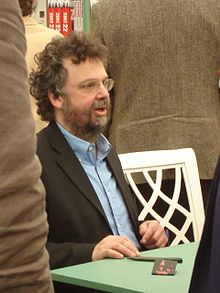 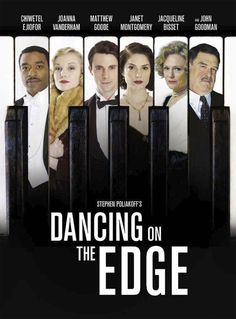 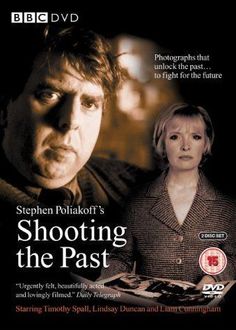 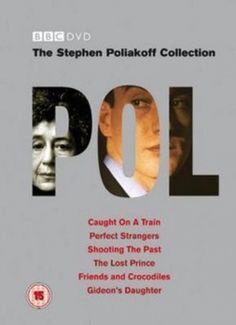 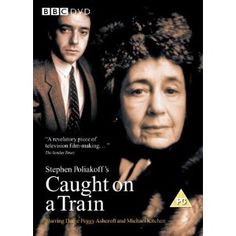 Poliakoff's paternal grandfather, Joseph, was a Russian Jew who experienced first-hand the effects of the communist revolution in Russia from the family's Moscow flat across from the Kremlin. Near starvation after the revolution, he was given a government job as a district telephone inspector from an admiring commissar and he helped build Moscow's first automatic telephone exchange. He then fled with his family from the newly Stalinist Soviet Union to the UK in 1924 Poliakoff was an Inventor of electrical devices whose many inventions included a selenium photograph telephony shutter in 1899 (US patent 700,100, 26 August 1901), which, along with electrical sound amplification, allowed for synchronised audio on film, the radio volume control, a magnetic induction loop that allowed hearing-impaired people to hear in auditoriums or theatres, and the paging beeper. He also founded the Multitone Electric Company of London in 1931 that produced hearing aid devices with their most prestigious client being Winston Churchill.

His next project is Summer of Rockets, a semi-autobiographical six-part series for the BBC set in 1957, just as the country is testing its first hydrogen bomb, focusing on a Russian Jewish Inventor who goes to work for MI5. It is set to film in 2018.

In 1976 Poliakoff won the Evening Standard Most Promising Playwright Award for Hitting Town and City Sugar and in 1997 he won the Critic's Circle Best Play Award for the National Theatre production of Blinded By The Sun.

Poliakoff continued to write stage plays, becoming writer-in-residence for the National Theatre at the age of 24, but he became increasingly interested in the medium of television, with Stronger Than the Sun (1977 – BBC1 Play for Today), Bloody Kids (1980 – ATV) directed by Stephen Frears, Caught on a Train (1980 – BBC2 Playhouse) starring Peggy Ashcroft, and Soft Targets (1982 – Play for Today). There were also TV adaptations of his stage plays Hitting Town (1976 – Thames Television/ITV Plays for Britain) and City Sugar (1978 – Scottish Television / ITV The Sunday Drama). These two plays were some of his first big successes.

Poliakoff's first feature film was Runners, directed by Charles Sturridge, starring James Fox, Jane Asher and Kate Hardie. It received a limited theatrical release in 1983 before being shown in Channel 4's Film on Four slot. His directorial debut was the much-lauded and now rare Hidden City (1988), premiered at the Venice Film Festival and starring Charles Dance, Richard E. Grant and Cassie Stuart. His television career continued with She's Been Away (1989) starring Peggy Ashcroft and also winning awards at Venice, before a return to film with Close My Eyes (1991), starring Clive Owen, Saskia Reeves and Alan Rickman in an elaborate reworking of the Incest theme that had been central to Hitting Town (1976), followed by Century (1994), with Owen, Dance and Miranda Richardson. Less successful were Food of Love (1997) with Grant, Nathalie Baye and Joe McGann and The Tribe (1998) starring Joely Richardson and Jeremy Northam, the latter eventually screened on BBC Two in the absence of a cinema distribution deal where it achieved extremely high viewing figures and was immediately repeated.

He subsequently returned to his favoured form, television, this time choosing a flexible serial format resulting in the acclaimed and Prix Italia-winning Shooting the Past (1999), the fresh critical and audience success of Perfect Strangers (2001), a family drama starring Matthew Macfadyen, Michael Gambon and Lindsay Duncan and The Lost Prince (2003), a single drama recognised with an Emmy award rare for a non-American production. The film also featured Miranda Richardson in a Golden Globe-nominated performance as Queen Mary of Teck. Michael Gambon, Gina McKee, Tom Hollander and Bill Nighy appeared in major roles. Late 2005 saw the one-off drama Friends and Crocodiles (2006) starring Damian Lewis and Jodhi May, with its overlapping companion piece, Gideon's Daughter (2006), starring Bill Nighy, Miranda Richardson and Emily Blunt, appearing early the following year. The latter won a Peabody Award in April 2007, with Golden Globes for Nighy and Blunt.

In 2005, he renewed recent criticisms of BBC scheduling and commissioning policy, arguing that the reintroduction of a regular evening slot for one-off plays on BBC1 would provide the re-invigoration of drama output that has become a priority for the corporation.

Stephen Poliakoff lives in London and is married to fellow scriptwriter Sandy Welch, with whom he has two children. He was awarded a CBE in the Queen's Birthday Honours list 2007.

Glorious 39, starring Romola Garai, Bill Nighy and Julie Christie, premiered at the Toronto International Film Festival in September 2009 and was released in the UK that November.

In 2011, Poliakoff wrote a seven-minute short film, Astonish Me, to celebrate WWF's 50th anniversary. Starring Bill Nighy and Gemma Arterton, the film was shown in Odeon Cinemas in August 2011 and made available on the WWF website and YouTube.

In February and March 2013, Dancing on the Edge, a five-part series which followed the fortunes of a black jazz band in 1930s London, was broadcast by the BBC, and also later won a Golden Globe.

His brother, Sir Martyn Poliakoff, a research Chemist and lecturer, is a Fellow of the Royal Society, being, until November 2016, its Foreign Secretary and vice-president. He is also the presenter of a YouTube educational series on chemistry, The Periodic Table of Videos.