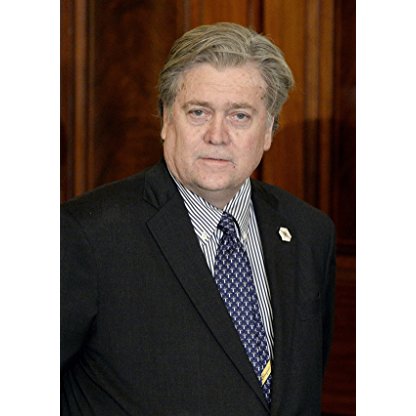 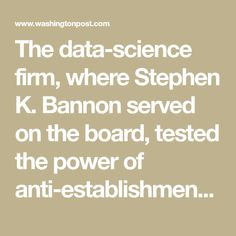 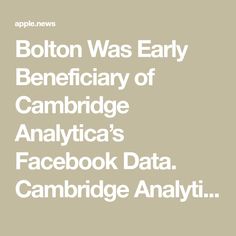 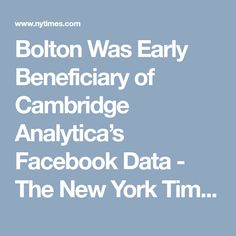 A former practitioner of Zen meditation, and a nominal orthodox Roman Catholic, Bannon's political thinking has been influenced by the politics of American populism exemplified by Andrew Jackson, Alexander Hamilton, Henry Clay, James K. Polk, Theodore Roosevelt, and Trump; by Pope Pius XI's socio-political philosophy of subsidiarity, as expressed in the 1931 papal encyclical, Quadragesimo anno, defending that political matters ought to be handled by the lowest, least centralized competent authority; and by René Guénon's Traditionalism, extolling the social efficacy of spiritual ideas transmitted by "primordial" faith traditions such as Vedanta, Buddhism, Sufism, and medieval Christianity, which it argued were under attack by Western secularism. Bannon has also cited Alexander Dugin's Russian nationalist variant of Traditionalism called Eurasianism. Bannon has been described as a "policy intellectual".

Stephen Kevin Bannon was born on November 27, 1953 in Norfolk, Virginia, to Doris (née Herr), a homemaker, and Martin Bannon, who worked as an AT&T telephone lineman and as a middle manager. His working class, Irish Catholic family was pro-Kennedy and pro-union Democrat.

Bannon was an officer in the United States Navy for seven years in the late 1970s and early 1980s; he served on the destroyer USS Paul F. Foster as a surface warfare officer in the Pacific Fleet, and afterwards stateside as a special assistant to the Chief of Naval Operations at the Pentagon. Bannon's job at the Pentagon was, among other things, handling messages between senior officers and writing reports about the state of the Navy fleet worldwide. While at the Pentagon, Bannon attended Georgetown University at night and obtained his master's degree in national security studies.

Bannon graduated from Benedictine College Preparatory, a private, Catholic, military high school in Richmond, Virginia, in 1971, an then attended Virginia Tech, where he served as the President of the student government association. During the summers he worked at a local Jun K yard, and often came home so dirty his mother made him rinse off with a hose before allowing him into the house.

He graduated from Virginia Tech College of Architecture and Urban Studies in 1976, with a bachelor's degree in urban planning. While working in the navy thereafter, he earned a master's degree in national security studies in 1983 from Georgetown University School of Foreign Service. In 1985, Bannon earned a Master of Business Administration degree with honors from Harvard Business School.

In 1980, Bannon was deployed to the Persian Gulf to assist with Operation Eagle Claw during the Iran hostage crisis. The mission's failure marked a turning point in his political world-view from largely apolitical to strongly Reaganite, which was further reinforced by the September 11 attacks. Bannon has stated, "I wasn't political until I got into the Service and saw how badly Jimmy Carter fucked things up. I became a huge Reagan admirer. Still am. But what turned me against the whole establishment was coming back from running companies in Asia in 2008 and seeing that Bush had fucked up as badly as Carter. The whole country was a disaster."

After his military Service, Bannon worked at Goldman Sachs as an investment banker in the Mergers and Acquisitions Department. In 1987, he relocated from New York to Los Angeles, to assist Goldman in expanding their presence in the entertainment industry. He stayed at this position with Goldman in Los Angeles for two years, and left with the title of vice President.

His first marriage was to Cathleen Suzanne Houff. Bannon and Houff had a daughter, Maureen, in 1988 and subsequently divorced.

In the 1990s, Bannon ventured into entertainment and media, and became an executive Producer in the Hollywood film and media industry. Bannon produced 18 films, from Sean Penn's drama The Indian Runner (1991) to Julie Taymor's film Titus (1999). Bannon became a partner with entertainment industry executive Jeff Kwatinetz at film and television management company The Firm, Inc., 2002–2003.

In 1993, while still managing Bannon & Co., Bannon became acting Director of the earth science research project Biosphere 2 in Oracle, Arizona. Under Bannon, the closed-system experiment project shifted emphasis from researching human space exploration and colonization toward the scientific study of earth's environment, pollution, and climate change. He left the project in 1995.

Bannon's second marriage was to Mary Louise Piccard, a former investment banker, in April 1995. Their twin daughters were born three days after the wedding. Piccard filed for dissolution of their marriage in 1997.

Bannon was charged with misdemeanor domestic violence, battery, and dissuading a witness in early January 1996 after Piccard accused Bannon of domestic abuse. The charges were later dropped when Piccard did not appear in court. In an article in The New York Times Piccard stated her absence was due to threats made to her by Bannon and his lawyer:

Piccard and Bannon divorced in 1997. During the divorce proceedings, Piccard alleged that Bannon had made antisemitic remarks about her choice of schools, saying he did not want to send his children to The Archer School for Girls because there were too many Jews at the school, and Jews raise their children to be "whiny brats." Bannon's spokesperson denied the accusation, noting that he had chosen to send both his children to the Archer School.

In 2004, Bannon made a documentary about Ronald Reagan titled In the Face of Evil. Through the making and screening of this film, Bannon was introduced to Reagan's War author Peter Schweizer and publisher Andrew Breitbart, who would later describe him as the Leni Riefenstahl of the Tea Party movement. Bannon was involved in the financing and production of a number of films, including Fire from the Heartland: The Awakening of the Conservative Woman (2010), The Undefeated (2011), and Occupy Unmasked (2012).

Bannon's third marriage was to Diane Clohesy; they married in 2006 and divorced in 2009.

In 2007, Bannon wrote an eight-page treatment for a new documentary called Destroying the Great Satan: The Rise of Islamic Facism (sic) in America. The outline states that "although driven by the 'best intentions,' institutions such as the media, the Jewish community and government agencies were appeasing jihadists aiming to create an Islamic republic." In 2011, Bannon spoke at the Liberty Restoration Foundation in Orlando, Florida, about the Economic Crisis of 2008, the Troubled Assets Relief Program, and their impact in the origins of the Tea Party movement, while also discussing his films Generation Zero (2010) and The Undefeated.

German film Director Leni Riefenstahl, who produced propaganda films for the Nazi regime, is said to have influenced Bannon's film-making techniques, with Bannon describing himself as the "Riefenstahl of the GOP". The opening of Bannon's 2012 documentary film The Hope & The Change consciously imitated Riefenstahl's 1935 film The Triumph of the Will, which depicted the 1934 Nuremberg Rally.

On November 13, following Donald Trump's election victory, Bannon was appointed chief strategist and senior counselor to the President-elect. His appointment drew opposition from the Anti-Defamation League (ADL), the Council on American–Islamic Relations, the Southern Poverty Law Center, Democrat Senate Minority Leader Harry Reid, and some Republican strategists because of statements in Breitbart News that were alleged to be racist or anti-Semitic. A number of prominent Jews, however, defended Bannon against the allegations of anti-Semitism, including Ben Shapiro, David Horowitz, Pamela Geller, Bernard Marcus of the Republican Jewish Coalition, Morton Klein and the Zionist Organization of America, and Rabbi Shmuley Boteach. Alan Dershowitz at first defended Bannon, saying there was no evidence he was anti-Semitic, but then in a later piece stated that Bannon had made bigoted statements against Muslims, women, and others. The ADL stated "We are not aware of any anti-Semitic statements from Bannon." Shapiro, who previously worked as an editor-at-large at Breitbart, said he had no evidence of Bannon being racist or an anti-Semite, but that he was "happy to pander to those people and make Common cause with them in order to transform conservatism into European far-right nationalist populism". Bannon had referred to Front National Politician Marion Maréchal-Le Pen as "the new rising star".

Lebanese-American author Nassim Nicholas Taleb, neoreactionary Blogger Curtis Yarvin and conservative intellectual Michael Anton have been pointed out as three of the main influences in Steve Bannon's political thinking. Political theorist and Philosopher Edmund Burke has also been described as a major influence on Bannon's ideological outlook. In a 2014 speech to a Vatican conference, Bannon made a passing reference to Julius Evola, a twentieth-century, Nazi-linked Italian Writer who influenced Benito Mussolini's Italian Fascism and promoted the Traditionalist School, described by a New York Times Writer as "a worldview popular in far-right and alternative religious circles that believes progress and equality are poisonous illusions." Bannon's interest in the ideas of the Traditionalist School was driven by Evola's book Revolt Against the Modern World, and Guénon's books Man and his Becoming according to the Vedanta and The Crisis of the Modern World. In March 2016, Bannon stated he appreciates "any piece that mentions Evola." In referring to the associated views of Vladimir Putin, who is influenced by Evola follower Dugin, Bannon stated "We, the Judeo-Christian West, really have to look at what he's talking about as far as Traditionalism goes — particularly the sense of where it supports the underpinnings of nationalism." He has likewise quoted French anti-Enlightenment Writer Charles Maurras approvingly to a French diplomat. Bannon has also repeatedly referenced the controversial 1973 French novel The Camp of the Saints, which depicts immigration destroying Western civilization. He has embraced what BBC News describes as Savitri Devi's "account of history as a cyclical battle between good and evil". Bannon told an interviewer in 2018 that he is "fascinated by Mussolini", noting: "He was clearly loved by women. He was a guy's guy. He has all that virility. He also had amazing fashion sense, right, that whole thing with the uniforms."

In an interview with The Hollywood Reporter in the aftermath of the 2016 election, Bannon analogized his influence to that of "Thomas Cromwell in the court of the Tudors".

However, he strongly favors U.S. withdrawal from the Iran nuclear deal, and was supportive of the approach taken by Saudi Crown Prince Mohammed bin Salman during the 2017 Qatar diplomatic crisis and the 2017 Saudi Arabian purge.

According to The Guardian in January 2018, Bannon's ideology is substantially similar to that of Stephen Miller, Tucker Carlson, Benny Johnson, Raheem Kassam and Matthew Boyle, the latter two having been protégés of Bannon at Breitbart.

After leaving the White House, Bannon has campaigned and helped various European political movements. These include France's National Front, Hungary's Fidesz, Alternative for Germany, the Dutch Party for Freedom, the Italian Northern League, the Freedom Party of Austria, the Swiss People's Party, and the pan-European identitarian movement. Bannon believes that the aforementioned movements, along with Japan’s Shinzo Abe, India’s Narendra Modi, Russia's Vladimir Putin, China's Xi Jinping, and America's Donald Trump, as well as similar Leaders in Egypt, the Philippines, Poland, and South Korea, are part of a global shift towards nationalism.