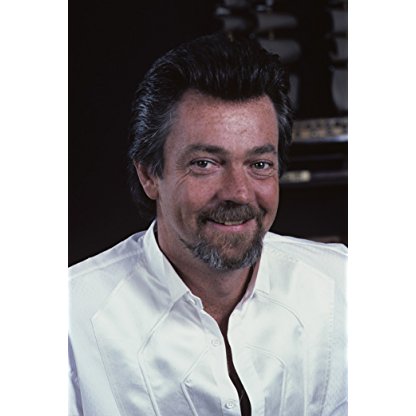 Stephen J. Cannell was born on February 05, 1941 in  Los Angeles, California, United States, is Writer, Producer, Actor. Stephen J. Cannell was raised in Pasadena, California. His father ran an interior design firm. From an early age, Stephen suffered from undiagnosed dyslexia, which made it nearly impossible from him to do well in school, he either flunked or was held back many times. Even though one of the courses he had trouble with was English, he wrote in one of his yearbooks that it was his ambition to be an author. After a lot of work, he managed to graduate from high school and attend the University of Oregon. He worked for his father's design firm while he wrote television scripts and story ideas after work. He sold his first story ideas to Mission: Impossible (1966) and his first script to It Takes a Thief (1968). His first steady job in television was as a story editor on Adam-12 (1968). He created a character named Jim Rockford for a script he wrote for the series Toma (1973), a show he was producing at the time. That script was rejected by ABC, so it was rewritten and eventually became the pilot for the classic NBC series, The Rockford Files (1974). From there, it becomes nearly impossible to list all of his work. He has either written or co-written over 300 television scripts, created or co-created over two dozen television series, formed a successful production company, wrote best-selling police novels and even acted in his own and other producers' shows. He has won an Emmy, two Writer's Guild Awards, two Edgar Award Nominations and has a star on the Hollywood Blvd. Walk of Fame. Despite his many accolades, his first love continued to be writing. A co-worker of his on "Rockford", writer and Gia Dinh Sopranos (1999) creator David Chase, was once quoted as saying no person he ever met seemed to love writing as much as Stephen J. Cannell.
Stephen J. Cannell is a member of Writer 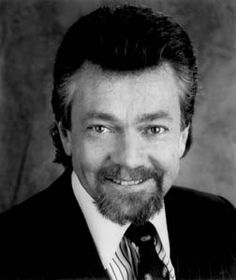 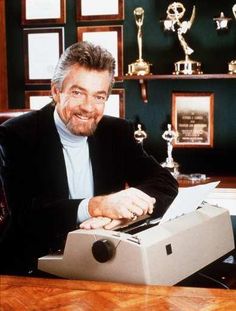 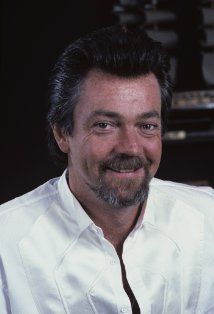 Cannell married his high school sweetheart, Marcia, in 1964. He "asked her to go steady in the eighth grade". Together they had two daughters, Tawnia and Chelsea, and two sons, Cody and Derek. Derek died in 1981 at age 15 when a sand castle he was building at the beach collapsed and suffocated him. This tragedy had occurred during the filming of the "Captain Bellybuster" episode of The Greatest American Hero. Actor william Katt (an expert musician) wrote a song for Cannell, titled, "Cody the Cowboy". Cannell was so touched by this gift that he named his next son Cody in honor of the song.

After college, Cannell spent four years working with the family Business before selling his first script to the Universal series It Takes a Thief in 1968. He was quickly hired by the television production branch of Universal Studios and was soon freelance writing for such other crime shows as Ironside and Columbo. Not long afterward, he received a telephone call from friend Herman Saunders who was the Producer on the series Adam-12. They needed a script right away and Saunders asked if Stephen would be interested in writing it. He delivered what they wanted in one day, his first full-time gig, and was soon hired as story Editor of Jack Webb's police series Adam-12, then in its fourth season (1971–1972).

After starting his career as a television script Writer, Cannell created or co-created several dozen successful TV series from the 1970s to the 1990s, often with his creative partner Frank Lupo. Cannell's creations included The Rockford Files, The A-Team, The Greatest American Hero, 21 Jump Street, and The Commish. He also wrote novels, notably the Shane Scully mystery series.

He won the Emmy Award for Outstanding Drama Series in 1978 for The Rockford Files.

In 1979, Cannell left Universal and formed his own company, Stephen J. Cannell Productions. For the first few years, Cannell's office was located on the lot at Paramount Studios in Hollywood, though his earlier work at Universal was still distributed by MCA-Universal. Cannell's first series under his new banner was Tenspeed and Brown Shoe, and was soon followed by The Greatest American Hero, The Quest, The A-Team, Hardcastle and McCormick, Riptide, and Hunter. Cannell offices relocated to larger facilities on Hollywood Blvd in 1983.

The closing logo of his production company consisted of him typing on an IBM Selectric typewriter in an office/study area, with bookshelves, and awards galore. The camera then pans clockwise from his face to his back. Once the camera is towards Cannell's back, he throws the paper he is typing on over his head. The paper becomes animated on a black background, and floats downwards towards a stack of animated papers below. The paper scoops up the top papers in the stack, and forms a "C", while the text of the company is shown above. Cannell himself stated that the throwing of the paper over his head took many takes as it more often came back and hit him in the face or head. It was updated often, the main differences being Cannell's wardrobe, the addition of new awards in the background. In 1984, the pipe was dropped, because Cannell quit smoking, and (rarely) a new office for the live-action part. And depending on the logo is a list of outfits worn by Cannell:

In 1987, and with a favorable exchange rate between the US and Canadian dollars being a win/win for US producers, Cannell decided to shoot his new series Stingray in Toronto. So many producers were shooting in Toronto that no crews were available to man any additional productions. Cannell shot seven episodes of Stingray in Calgary with the remainder being shot in Vancouver. His first series shot there was 21 Jump Street, the highest-rated show of the new Fox network's first season. With more and more series being shot in Vancouver, Cannell said, "We were fighting with everybody for locations and stage space". His solution was to build a new, state-of-the-art facility, "The North Shore Studios" on 13 acres with one hundred thousand feet of office space and seven sound stages. The series 21 Jump Street was soon followed by Wiseguy, The Commish, Booker, Hawkeye, Cobra, The Hat Squad, J.J. Starbuck, Stingray, Street Justice, and Unsub, and a number of television films were also shot in Vancouver by Cannell's production company.

In May 1988, Cannell was a panelist in the John Davidson edition of The Hollywood Squares.

Cannell also acted occasionally, including a regular supporting role as "Dutch" Dixon on his series Renegade. He also took a turn in an episode of Silk Stalkings, in which the script called for one character to tell him, "You look just like that Writer on TV," to which Cannell's character responds, "I get that all the time." He also served as the host of the 1991–92 series Scene of the Crime a mystery anthology series with a repertory cast, 1995–1996 syndicated documentary series U.S. Customs Classified, focusing on the work of the U.S Customs Service. Cannell appeared as himself in the pilot of the ABC show Castle and again in season two. Along with James Patterson, Dennis Lehane, and Michael Connelly, he was one of Castle's poker buddies. In season three, an empty seat at the poker table is described as Cannell's, and remains empty for a full year.

Starting in 1995, Cannell turned his attention to writing novels. His first novel, The Plan, was released in 1997 by Avon. As of 2010, he had written 18, 11 of which featured the character of detective Shane Scully of the Los Angeles Police Department. Seven are stand-alone novels. The last in the series, Vigiliante, was released December 2011 by St. Martin's Press.

On May 4, 1998, Cannell reacquired his library from Fox. Cannell sold his company in March 1995 to New World Communications for $30 million and News Corporation acquired New World in 1996. However, two of Cannell's series, The A-Team and Hunter are controlled by two other studios: Universal for the former and Columbia for the latter and weren't part of the deal. Also part of the deal, Cannell would pay Fox for international and domestic sales for his series.

He described his early financial arrangements in a 2002 interview, saying that at Universal,

Cannell was dyslexic, and was a spokesman on the subject. According to an episode of Paul Harvey's The Rest of the Story, Cannell frequently had to dictate ideas or even complete scripts to a personal secretary. That executive assistant for more than 20 years was Grace Curcio. Following Grace's retirement in 2003, Kathy Ezso became his Editor and executive assistant. He discussed his experiences as a dyslexic in the 2009 documentary Dislecksia: The Movie.

The production company's first series Tenspeed and Brown Shoe did not feature this logo. The first of Cannell's series to feature this logo was The Greatest American Hero. Throughout the history of the company, a total of eight different logos was used, the last logo being shot in high definition in 2004. The logo has become part of American pop culture and has been parodied on American Dad!, 30 Rock, Family Guy, The Simpsons, Garth Marenghi's Darkplace, and the season-two episode of Friends - "The One Where Dr. Ramoray Dies" as the Writer who decides to kill off Joey's part.

The 2009 documentary Dislecksia: The Movie features an interview with Cannell, in which he discusses his struggles with dyslexia and how he managed to be such a successful Writer despite his difficulties reading. During the interview, he mentions how he used to hire typists to overcome his "spelling problem", as he refers to his dyslexia, but also describes how he feels his condition has enriched his life.

Cannell died at his home surrounded by family on September 30, 2010, from complications of melanoma. He is interred at Forest Lawn Memorial Park in the Hollywood Hills of Los Angeles.