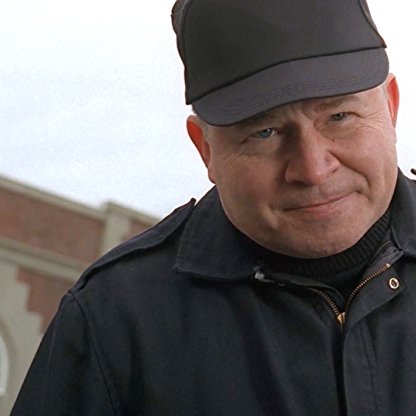 Stephen E. Miller was born on August 23, 1985, is Actor, Writer, Director. Stephen E. Miller is a Canadian and American actor and novelist based in Vancouver, B.C. He was born in Durham, N.C. and attended Virginia Military Institute graduating with a BA in History in 1968. He attended University of British Columbia in the graduate Creative Writing program and was awarded a MA in 1970. It was at UBC where he became interested in theatre, first as a stage carpenter and technician and then as an occasional actor. Following graduation Stephen joined with other UBC alumni in the founding of Tamahnous Theatre, an experimental group. On stage he has acted in more than 40 plays. Favorites include: Falstaff, Guys and Dolls, Mr. Puntilla and his chauffeur Matti, 18 Wheels, and Love and Anger. Stephen won the International 3-Day Novel contest in 1989 with "Wastefall", and this led to subsequent novels, "The Woman in the Yard" published by Picador USA; "Field of Mars" by Penguin Canada in 2005,(titled "Game of Soldiers" in the HarperCollins UK edition; and its sequel "The Last Train to Kazan" in 2007. His latest novel "The Messenger" was published in the US by Delacorte, an imprint of Random House in July of 2012, and rights have been sold to Denmark, Spanish worldwide, Serbia, Poland, China, and Israel. He divides his time between Vancouver, and Hawaii.
Stephen E. Miller is a member of Actor 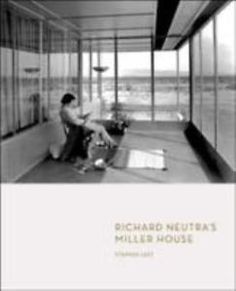 Miller grew up in a liberal-leaning Jewish family in Santa Monica, California. He is the second of three children born to Michael D. Miller, a real estate investor, and Miriam (Glosser) Miller. His mother's family immigrated to the United States in the early 1900s from Belarus escaping the Anti-Jewish pogroms in the Russian Empire (1903-1906). When his family arrived in the United States, his great-grandmother only spoke Yiddish, the historical language of the Ashkenazi Jews of Eastern Europe. However, in spite of their poverty, as did most poor immigrants, most of the family learned English, worked hard and opened successful businesses in Pennsylvania —"the classic immigration success story".

Miller became a committed conservative after reading Guns, Crime, and Freedom, a book against gun control by National Rifle Association Chief Executive Officer Wayne LaPierre. While attending Santa Monica High School, Miller began appearing on conservative talk radio. In 2002, at the age of 16, Miller wrote a letter to the Editor of the Santa Monica Outlook, criticizing his school's response to 9/11 in which he stated that "Osama Bin Laden would feel very welcome at Santa Monica High School." Miller invited conservative Activist David Horowitz to speak, first at the high school and later at Duke University, and afterwards denounced the fact that neither of the centers would authorize the event. Miller was in the habit of "riling up his fellow [high school] classmates with controversial statements" and telling Latino students to speak only English.

While at Duke, Miller and the Duke Conservative Union helped co-member Richard Spencer, a Duke graduate student at the time, with fundraising and promotion for an immigration policy debate in March 2007 between the open-borders Activist and University of Oregon professor Peter Laufer and Journalist Peter Brimelow, the founder of the anti-immigration website VDARE. Spencer would later become an important figure in the white supremacist movement and President of the National Policy Institute, and famous for coining the term "alt-right". Spencer stated in a media interview that he had spent a lot of time with Miller at Duke, and that he had mentored him; describing their close relationship, he said that he was "kind of glad no one’s talked about this", for fear of harming Trump. In a later blog post he said the relationship had been exaggerated. Miller has said he has "absolutely no relationship with Mr. Spencer" and that he "completely repudiate[s] his views, and his claims are 100 percent false."

After graduating from college, Miller worked as a press secretary for Congresswoman Michele Bachmann and Congressman John Shadegg, both members of the Republican Party. Miller started working for Alabama Senator and Future Attorney General Jeff Sessions in 2009, rising to the position of communications Director. In the 113th Congress, Miller played a major role in defeating the bi-partisan Gang of Eight's proposed immigration reform bill. As part of his role as communications Director, Miller was responsible for writing many of the speeches Sessions gave about the bill. Miller and Sessions developed what Miller describes as "nation-state populism," a response to globalization and immigration that would strongly influence Donald Trump's 2016 campaign. Miller also worked on Dave Brat's successful 2014 House campaign, which unseated Republican Majority Leader Eric Cantor.

In November 2016, Miller was named national policy Director of Trump's transition team. On December 13, 2016, the transition team announced that Miller would serve as Senior Advisor to the President for Policy during the Trump administration. In the early days of the new presidency, Miller worked with Senator Jeff Sessions, President Trump's nominee for Attorney General, and Steve Bannon, Trump's chief strategist, to enact policies restricting immigration and cracking down on sanctuary cities. Miller and Bannon were involved in the formation of the Executive Order 13769, which sought to restrict U.S. travel and immigration by citizens of seven Muslim countries, and suspend the United States Refugee Admissions Program (USRAP) for 120 days, while indefinitely suspending entry of Syrians to the United States. Miller has been credited as the Engineer behind the Trump administration's decision to reduce the number of refugees accepted into the United States.

In September 2017, the New York Times reported that Miller stopped the Trump administration from showing to the public an internal study by the Department of Health and Human Services that found that refugees had a net positive effect on government revenues. Miller insisted that only the costs of refugees be publicized, not the revenues that refugees brought in.

On January 7, 2018, Miller appeared on Jake Tapper's State of the Union on CNN. Miller called Steve Bannon's comments in the new book Fire and Fury "grotesque". Miller went on to state, "The President is a political genius... who took down the Bush dynasty, who took down the Clinton dynasty, who took down the entire media complex". Tapper accused Miller of dodging questions, while Miller questioned the legitimacy of CNN as a news broadcaster, and as the interview became more contentious, with both participants talking over each other, Tapper ended the interview and continued to the next news story. According to sources after the interview was over Miller refused to leave the CNN studio and had to be escorted out by security.