Stephanie Ruhle was born on December 24, 1975 in Park Ridge, New Jersey, United States, United States, is Journalist & News Anchor. Stephanie Leigh Ruhle is an American journalist, writer, politics and business correspondent, and news anchor. Her professional life that spans over two decades saw her serving the finance industry for 14 years including working in ‘Credit Suisse’ and in ‘Deutsche Bank’ where she ended up as managing director in Global Markets Senior Relationship Management. She then served ‘Bloomberg Television’ as managing editor and news anchor; and ‘Bloomberg News’ as editor-at-large. During her tenure with Bloomberg Television she co-hosted shows like ‘Inside Track’, ‘Market Makers’ and ‘Bloomberg GO’. She became the first journalist who broke the story of London Whale (Bruno Iksil) who was behind the large trading losses that happened in 2012 at the Chief Investment Office of JP Morgan. She hosted and produced a documentary titled ‘Haiti: Open For Business?’, featured in short film ‘Shark Land: A Mission Blue and Fusion Expedition’, and was profiled by ‘Business Insider’ and ‘201 Magazine’ among others. A mother of three, Ruhle appeared on covers of ‘Fit Pregnancy’ and ‘Working Mother’ magazine. Presently, she serves as politics and business correspondent of ‘NBC News’, anchors ‘MSNBC Live’ and works as a columnist for Shape.com.
Stephanie Ruhle is a member of TV Anchors

Prior to joining Bloomberg, Ruhle spent 14 years working in the Finance industry. While in college, she spent a summer interning for Merrill Lynch. In 1997, she joined Credit Suisse where she spent six years working in hedge fund sales. During her time at Credit Suisse First Boston, she served as a vice President and became the highest producing credit derivatives salesperson in the United States. In 2003, Ruhle joined Deutsche Bank as a credit salesperson covering hedge funds. She ended her eight-year career there as a managing Director in Global Markets Senior Relationship Management. While at Deutsche Bank, Ruhle founded the Global Market Women's Network to help women move into leadership roles at the company.

Ruhle is a columnist for Shape.com, the website for Shape magazine. Ruhle was featured on the cover of Working Mother magazine in October 2012, as well as Fit Pregnancy on their April/May 2013 issue. She has been profiled by 201 Magazine, Glass Hammer, IWantHerJob, and Business Insider. No longer with Bloomberg, Ruhle is now part of the MSNBC Morning Lineup, and, with Ali Velshi, co-hosts a weekly Saturday Business program, Velshi & Ruhle.

In June 2013, Ruhle wrote a provocative response to Paul Tudor Jones’ comments on women in trading for the Huffington Post that elicited responses from both the media and financial industries. In October of that same year, Ruhle sat down with Martha Stewart to discuss social media, blogging, and the creation of the "lifestyle" category.

She interviewed in 2015 then-presidential candidate Donald Trump, who faced backlash in the media after noting to Ruhle that "the World Trade Center came down during [former President George W. Bush’s] reign." The previous year, Rapper Kanye West strongly criticized Photographer Annie Leibovitz during a panel conversation with Ruhle when he revealed that Leibovitz pulled out of taking his official wedding pictures just one day before his wedding to Kim Kardashian. Ruhle’s interview with Martha Stewart in 2013 brought an ongoing feud between Stewart and Gwyneth Paltrow public after Stewart questioned the actress’s place in the "lifestyle business".

She is a graduate of Lehigh University where she earned her bachelor’s degree in international Business in 1997. As part of her major, she studied in Guatemala, Italy, and Kenya. Ruhle returned to Lehigh to give the 2017 commencement address. 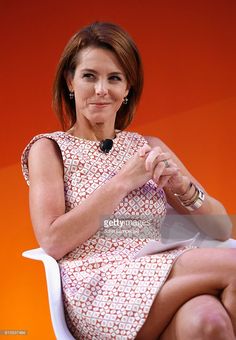 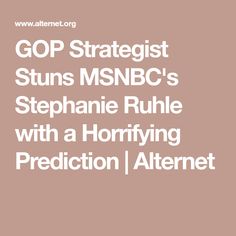 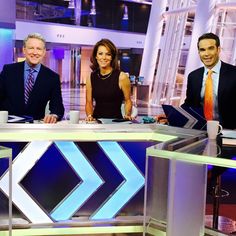 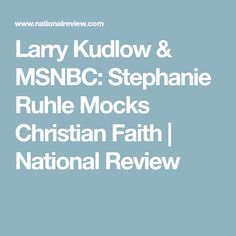