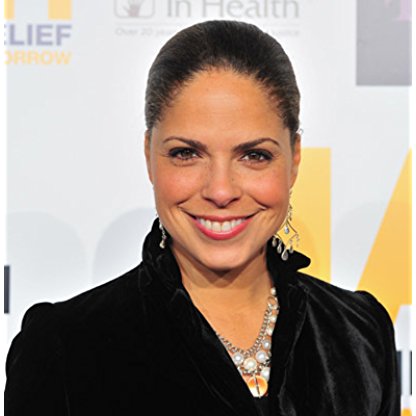 Soledad O'Brien was born on September 19, 1966 in  Saint James, New York, United States, is Actress, Producer, Director. Soledad O'Brien is the anchor for CNN morning show Starting Point with Soledad O'Brien and special correspondent for CNN/U.S. Since joining the network in 2003, O'Brien has reported breaking news from around the globe and has produced award-winning, record-breaking and critically acclaimed documentaries on the most important stories facing the world today. She also covers political news as part of CNN's "Best Political Team on Television." In 2010, she wrote a critically-acclaimed memoir The Next Big Story: My Journey through the Land of Possibilities, which chronicles her biggest reporting moments and how her upbringing and background have influenced these experiences.O'Brien's most recent documentaries include Black in America: The New Promised Land - Silicon Valley, a profile of an accelerator program developed to diversify the technology industry by helping African-American digital entrepreneurs secure funding for their ventures; Latino in America 2: In Her Corner, the story of female flyweight fighter and U.S. Olympic hopeful Marlen Esparza; Beyond Bravery: The Women of 9/11, an investigation into the lives of female rescue workers who were the first to respond to the World Trade Center terrorist attacks; Don't Fail Me: Education in America, a look at the crisis in public education where American kids are not learning the skills necessary to compete; The Women Who Would be Queen, a portrayal of the future King and Queen's friendship-turned-romance and very modern royal marriage; Unwelcome: The Muslims Next Door, a report on religious freedom protections; Pictures Don't Lie, the story of the secret life of Civil Rights photographer Ernest Withers as a paid FBI informant; Almighty Debt, a Black in America special that explores the role of the black church in helping African Americans survive the worst financial crisis since the Great Depression; Rescued, a look at Haiti's remarkable children before, during and after the devastating earthquake; and Gary and Tony Have a Baby, the story of two gay men and their struggle to have a baby that has a biological and legal connection to both of them.In 2009, Soledad reported for Latino in America, a wide-ranging look at Latinos living in this country; how they're reshaping America and how America is reshaping them. Prior, O'Brien reported for Black in America 2, a four-hour documentary focusing on successful community leaders who are improving the lives of African-Americans. O'Brien's reporting for Black in America in 2008 revealed the state of Black America 40 years after the assassination of Dr. Martin Luther King Jr. She has also reported for the CNN documentary Words That Changed a Nation, featuring a never-before-seen look at Dr. King's private writings and notes, and investigated his assassination in Eyewitness to Murder: The King Assassination. Her Children of the Storm project and One Crime at a Time documentary demonstrate O'Brien's continued commitment to covering stories out of New Orleans.O'Brien joined CNN as the co-anchor of the network's flagship morning program, American Morning, and distinguished herself by reporting from the scene on the transformational stories that broke on her watch. For CNN's Katrina coverage, O'Brien's reports on the storm's impact included an in-depth interview with former FEMA chief Michael Brown. She also covered the Japan earthquake and tsunami in 2011, London terrorism attacks in July 2005, and in December 2004, she was among a handful of CNN anchors sent to Thailand to cover the disaster and aftermath of the tsunami.In 2011, Soledad won her first Emmy for Crisis in Haiti (Anderson Cooper 360) in the category of Outstanding Live Coverage of a Current News Story - Long Form. O'Brien was part of the coverage teams that earned CNN a George Foster Peabody award for its BP oil spill and Katrina coverage and an Alfred I. duPont Award for its coverage of the Southeast Asia tsunami. The National Association of Black Journalists named O'Brien the Journalist of the Year and Edward R Murrow Awards lauded her with the RTDNA/UNITY award for Latino in America in 2010. She received the 2009 Medallion of Excellence for Leadership and Community Service Award from the Congressional Hispanic Caucus Institute. In 2008, she was the first recipient of the Soledad O'Brien Freedom's Voice Award from the Morehouse School of Medicine for being a catalyst for social change and the Johns Hopkins Bloomberg School of Public Health's Goodermote Humanitarian Award for her efforts while reporting on the devastating effects of Hurricane Katrina and the tsunami. Her numerous other awards include a Gracie Allen Award in 2007 for her reporting from Cyprus on the Israeli-Hezbollah conflict as well as her reports from the Gulf Coast after Hurricane Katrina. The NAACP honored her with its President's Award in 2007 for her humanitarian efforts and journalistic excellence.O'Brien came to CNN from NBC News where she anchored the network's Weekend Today since July 1999. Prior, O'Brien anchored MSNBC's award-winning technology program The Site. O'Brien joined NBC News in 1991 and was based in New York as a field producer for Nightly News and TODAY. Before her time at NBC, she served three years as a local reporter and bureau chief for the NBC affiliate KRON in San Francisco. She began her career as an associate producer and news writer at the then-NBC affiliate WBZ-TV in Boston. Soledad O'Brien is a graduate of Harvard University and currently lives with her husband and four children in Manhattan.
Soledad O'Brien is a member of Actress 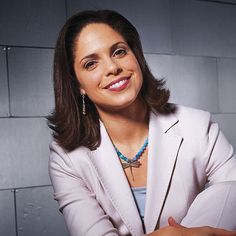 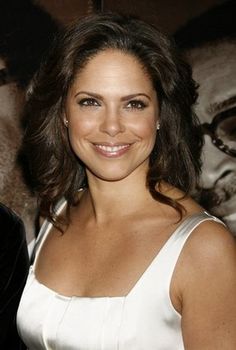 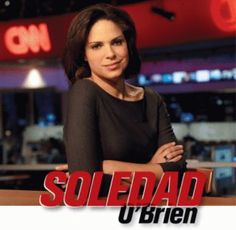 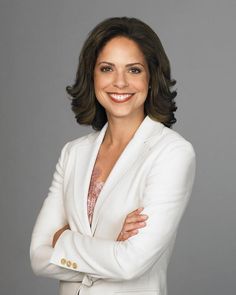 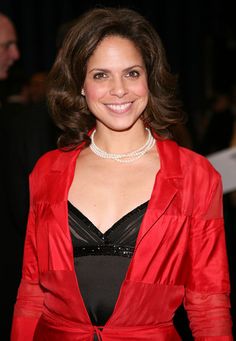 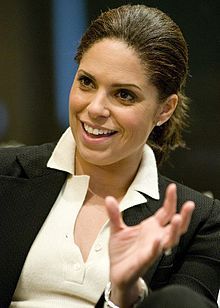 O'Brien graduated from Smithtown High School East in 1984. She attended Harvard-Radcliffe College from 1984 to 1988, starting as pre-med and English and American literature, but left to take a job at WBZ-TV. O'Brien went back to school while pregnant with her first child and received her degree from Harvard University in 2000.

O'Brien began her career as an associate Producer and news Writer at WBZ-TV, then the NBC affiliate in Boston. She joined NBC News in 1991 and was based in New York as a field Producer for the Nightly News and Weekend Today. She then worked for three years as a local reporter and bureau chief for San Francisco NBC affiliate KRON. At KRON she was a reporter on "The Know Zone."

Starting in 1996 and during the dot-com boom, O'Brien anchored MSNBC's weekend morning show and the cable network's Technology program The Site, which aired weeknights from the spring of 1996 to November 1997. The show was unique in that she interacted with a virtual character named Dev Null, played by Leo Laporte in a motion-capture suit.

From July 1999 to July 2003, O'Brien was co-anchor of the NBC News program, Weekend Today with David Bloom. During that time she contributed reports for the weekday Today Show and for weekend editions of NBC Nightly News. She also covered such notable stories as John F. Kennedy Jr.'s plane crash and the 1990s school shootings in Colorado and Oregon.

O'Brien moved to CNN, where from July 2003 to April 2007, she was co-anchor of the CNN program, American Morning CNN's flagship morning program that aired live from New York City.

In 2005, she covered the aftermath of Hurricane Katrina in New Orleans, where she interviewed then head of the Federal Emergency Management Agency (FEMA) Michael Brown.

O'Brien anchored a CNN special, Black in America, in July 2007. The program documented the successes, struggles, and complex issues faced by black men, women and families 40 years after the death of Martin Luther King Jr. In the first installment, O'Brien investigated how James Earl Ray, an armed robber and escaped convict, had already spent a year on the run just a month before his path collided with Dr. King in Memphis, Tennessee. In "The Black Woman & Family", O'Brien explored the varied experiences of black women and families and investigated the disturbing statistics of single parenthood, racial disparities between students, and the devastating toll of HIV/AIDS. The fifth installment of the Black in America series aired in December 2012.

In 2009, O'Brien completed a documentary titled Latino In America, documenting the lives of Latinos living in America. She continued working as a reporter for CNN, mainly hosting "In America" documentaries, and occasionally filled in for Anderson Cooper on Anderson Cooper 360. She also anchored exit poll coverage during CNN's coverage of the primaries and caucuses in the 2008 United States presidential race, and filled in for Paula Zahn on Paula Zahn Now before Zahn left CNN in 2007.

O'Brien has been riding horses since she was 13 years old, a hobby which she now enjoys with her family. She and her husband run a foundation called PowHERful Foundation (formerly called then Starfish Foundation, and before that the Soledad O'Brien & Brad Raymond Foundation), which mentors women to send them to college. The foundation began in 2011.

From 2013 to 2016, O'Brien was moderator of National Geographic Bee, replacing Alex Trebek who moderated for 25-plus years.

In 2014, O'Brien co-taught a Harvard University Graduate School of Education class with Professor Joe Blatt on "Advancing the Public Understanding of Education."

In 2016, O'Brien presented the 'I Am Latino in America' tour, with nationwide stops across the United States. The tour was streamed live globally on MOSH.