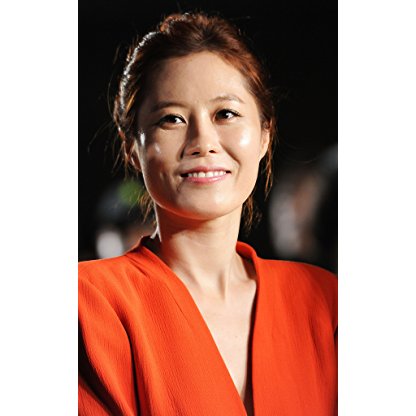 After graduating with a degree in Education from Sungkyunkwan University, Moon So-ri became part of the theater group Hangang ("Han River") from 1995 to 1997, and debuted in the play Classroom Idea (she also collaborated in its creation). She appeared in plays and short films such as Black Cut and To the Spring Mountain before finding fame as a leading Actress. Her first film role was in Lee Chang-dong's acclaimed Peppermint Candy, however her acting skills were not really showcased until she appeared in her second film Oasis, also by Lee Chang-dong. Her powerful portrayal of a woman with cerebral palsy earned her strong praise as well as the Marcello Mastroianni Award for Emerging Actor or Actress at the 2002 Venice Film Festival (Moon is only the second Korean to win a prize there, after Kang Soo-yeon in 1985 for The Surrogate Woman). She was also named Best Actress at the 2003 Seattle International Film Festival.

Moon starred opposite Song Kang-ho in 2004's The President's Barber, a film that illustrates 20 years of modern Korean history through the eyes of President Park Chung-hee's personal barber. She took a more central role in her next feature Sa-kwa, an introspective relationship drama about a woman who embarks on a new relationship after being dumped by her long-time boyfriend. Also from 2005, Bravo, My Life! saw her return to the historical era of the late 70s/early 80s in a family drama set against the political upheaval of those times.

On December 24, 2006 Moon married Jang Joon-hwan, Director of cult film Save the Green Planet!. Both Sungkyunkwan University alumni, the two reportedly met when Jang directed her in the 2003 music video for Jung Jae-il's 눈물꽃 ("Flower of Tears"). After suffering a miscarriage in 2010, Moon gave birth to a daughter on August 4, 2011.

She followed that with Sports movie Forever the Moment (a sleeper hit in 2008), another TV drama (about a family of grown-up siblings), and the human rights-themed Fly, Penguin in 2009.

To promote the 2009 Green Film Festival in Seoul, Kim Tae-yong directed Moon in the short film Take Action, Now or Never! about power saving, cycling, and handkerchief use (her husband Jang Joon-hwan appeared in a cameo). She was also one of the four characters in Baik Hyun-jhin's short film The End.

After appearing in A Little Pond, the 2010 dramatization of the No Gun Ri Massacre, Moon joined the ensemble cast of Hong Sang-soo's Ha Ha Ha. Ha Ha Ha won the top prize in the Un Certain Regard section of the 2010 Cannes Film Festival.

Her voice acting for Leafie, A Hen into the Wild was praised as "superb [...] instantly recognizable and articulating the gumption and touching naivete of the eponymous hen with great conviction," and in 2011 Leafie became the most successful Korean animated film of the modern era, with over 2 million admissions. That same year, Moon joined Konkuk University's Faculty of Arts as a professor of film studies.

In 2012, she worked again with Hong Sang-soo in In Another Country, which was headlined by French Actress Isabelle Huppert, of whom Moon is a fan.

Because she found his script "unique and creative," Moon took a risk on newbie Director Park Myung-rang and joined the cast of his 2013 crime thriller An Ethics Lesson. She then reunited with Sol Kyung-gu in the spy comedy The Spy: Undercover Operation.

In 2014, Moon starred in Venus Talk, about the romantic and sex lives of three women in their forties. She also appeared in Park Chan-kyong's fantasy/documentary Manshin: Ten Thousand Spirits that looked at Korean modern history through the checkered past and exorcism-based imagination of a shaman. Another Hong Sang-soo feature, Hill of Freedom, followed.

In 2015, Moon became the first Korean actor invited as a jury member of the Locarno International Film Festival; festival artistic Director Carlo Chatrian lauded her "brave choices (in selecting projects)" and called Moon "the jewel of the Korean movie industry." The following year, she was invited to the Venice International Film Festival, where she became the first South Korean actor to serve as a juror on the Orizzonti section.

In 2017, Moon featured as a political Journalist in the election film The Mayor. In 2018, Moon starred in the Korean film adaptation of the Japanese manga series Little Forest, playing the main character (Kim Tae-ri)'s mom.