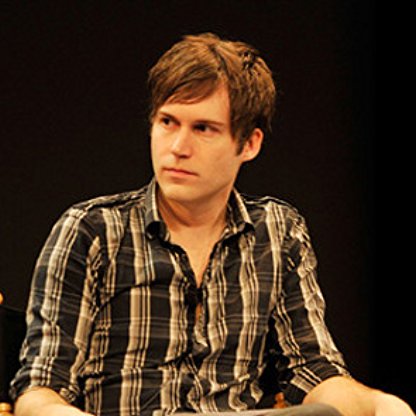 Shawn Christensen was born, is Writer, Soundtrack, Actor. Shawn Christensen graduated from Pratt Institute with a BFA in Illustration and Graphic Design. After graduating, he formed indie rock band Stellastarr* and, while on tour, wrote and sold many screenplays, including Sidney Hall (Fox Searchlight) and Karma Coalition (Warner Bros.). Stellastarr* released two albums on RCA Records and a third album, independently. In 2011, Christensen's short film, Brink, was an Official Selection of the Tribeca Film Festival and won "Best Festival Film of the Year" by ShortOfTheWeek.com. In 2012, his short film, Curfew, won over 40 awards in Film Festivals before winning the Oscar for Best Live Action Short Film at the 85th Academy Awards.
Shawn Christensen is a member of Writer 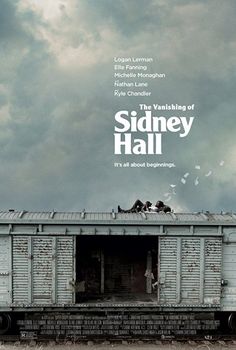 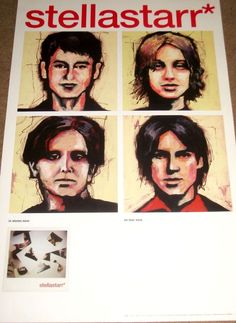 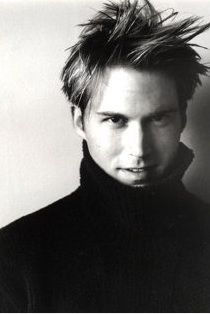 Shawn Christensen was born and raised in Poughkeepsie, New York, United States. Christensen's father was an Engineer and his mother was a librarian, with him being their only child. Christensen's first experience and inspiration with film occurred when he watched Snow White and the Seven Dwarfs (1937) with his father, after which he began developing flip books. His favorite pictures were from the 1970s, including Chinatown (1974), Nashville (1975), Taxi Driver (1976), Network (1976) and Manhattan (1979). However, Christensen professed The Seventh Seal (1957) to be the most influential film that would inspire his eventual career in filmmaking.

In March 2000, Christensen reunited with Tannen, Kremer and the new addition of Michael Jurin- who took up the lead guitar position while Christensen switched to rhythm guitar- to form the indie rock band Stellastarr, (stylized as "stellastarr*). On July 3, 2000, the band had their debut performance with their all-original songs composed by Christensen at Luna Lounge on Manhattan's Lower East Side. Over the next three years, the band gradually rose in prominence in New York City, with notable headlining performances at venues like Mercury Lounge and Bowery Ballroom. In May 2003, Stellastarr signed with RCA Records, allowing Christensen and the other band members to focus on music as their careers, though Christensen continued to receive art commissions. Under the RCA label, Stellastarr released an eponymous album in September 2003, which featured two standout singles, "Jenny" and "My Coco", that were featured in Tony Hawk's Downhill Jam and MVP Baseball 2004, respectively.

While Stellastarr was on the Hot Fuss Tour alongside The Killers throughout the United States in 2004, Christensen collaborated with his friend Jason Dolan on a feature length spec script for a drama called Sidney Hall, which he shared with Paul Wesley, who subsequently presented it to william Morris Endeavor, which signed both Christensen and Dolan. Christensen and Dolan would further collaborate on several other spec scripts during the mid-2000s, including a psychological thriller called Enter Nowhere. Christensen independently penned several other screenplays, including one for an Alfred Hitchcock-inspired thriller called Abduction and a science-fiction drama called The Karma Coalition. Both the screenplays for Sidney Hall and The Karma Coalition were sold in 2008, with the former being acquired by Scott Free Productions and the latter being acquired by Warner Bros. for $1.5 million, making it one of the biggest spec script sales of the year.

Stellastarr released Harmonies for the Haunted, their second and final album under RCA, on September 13, 2005. The album received mixed reviews, with critics citing it as being a generally inferior rendition of new wave music. Additionally, the lyrics of the songs from the album were considered too personal and introverted around Christensen, which was a subject of contention for both proponents and critics of Harmonies for the Haunted. However, Christensen's progression as a singer since the debut album was praised, with his tone being noted for having matured and become more consistent beyond his shifting between falsetto and baritone vocal registers. After a four-year hiatus, Stellastarr released their third and final album, Civilized, with their personal imprint label Bloated Wife Records, on July 7, 2009. Though the album received generally mixed reviews, it was praised for being well-produced. Christensen's vocal performance was praised, with his range noted for being able to competently deliver deep bellows and high falsettos. Following the release of Civilized, Stellastarr unofficially went on indefinite hiatus.

On February 10, 2010, Christensen's screenplay for Abduction was solicited to a number of studios, with actor Taylor Lautner attached to star. By the beginning of the next work day, two studios had already begun bidding on the project, which continued on for a week, until Lionsgate Films won the bidding war for nearly $1 million. Lionsgate hired Writer Jeffrey Nachmanoff to rewrite the screenplay and the film began production the following July. Over the winter holidays of 2010, film Producer Jack Heller contacted Christensen and Dolan about adapting their unproduced screenplay for Enter Nowhere, to which they convinced him to direct it himself, with them serving as executive producers. In September 2011, Enter Nowhere was acquired by Lionsgate for a direct-to-DVD release, prior to its premiere at the Screamfest Horror Film Festival the following month. Abduction had a wide release on September 23, 2011, to extremely critical reviews.

Disillusioned from having his screenplays retrofitted and adapted by studios that did not share his creative perspective, Christensen resolved to reboot his filmmaking career and focus on directing his own works. He promptly wrote a screenplay in 2011 for a short film for him to direct and co-star in called Curfew, about a suicidal uncle taking care of his precocious niece for his overburdened sister. Christensen cast Fátima Ptacek as his co-star and utilizing crew members from his previous short called Brink (2011), shot Curfew over the course of a week. Two days prior to shooting a poignant dance scene, negotiations with the artists behind the dance's song fell through, resulting in the cast members dancing to the original song, while Christensen would independently compose an original single to replace it called "Sophia So Far". For two weeks, Editor Evan Henke edited Curfew, before Christensen took over and sporadically edited the film on his MacBook Pro in his living room throughout the remainder of 2011. Curfew premiered at the Clermont-Ferrand International Short Film Festival on January 28, 2012 and was followed up by critical acclaim, numerous festival screenings and awards for Christensen's acting, directing and writing. At the 85th Academy Awards, Curfew won the Academy Award for Best Live Action Short Film.

Prior to Curfew's mainstream success, Paul Wesley took an interest in the short film's intellectual property and together with Christensen and his creative partner, Damon Russell, collaborated to develop a feature-length adaptation. The then-untitled adaptation cast Wesley, as well as Emmy Rossum and Ron Perlman, to the principal cast that included Christensen and Ptacek. The film began principal photography on a shoestring budget in mid-summer of 2013 and continued for nineteen days. The film, revealed to be titled Before I Disappear, premiered at South by Southwest on March 10, 2014 and won the audience award for Best Narrative Feature. Before I Disappear went on to have a successful festival run, with distinctions such as an official selection at the 71st Venice International Film Festival, though the critical reception was not as positive as Curfew's, with the general consensus being that the content not in the short was not as substantive. IFC Films was announced to have acquired the North American distribution rights for Before I Disappear in August 2014 and the following November, the film was released on video on demand and given a limited theatrical release.

Per the Writers Guild of America, East Separated Rights, the rights to Sidney Hall, which had not seen active development for five years, reverted to Christensen in 2014. Christensen opted to independently produce Sidney Hall through Jonathan Schwartz's Super Crispy Entertainment banner, as well as his own Fuzzy Logic Pictures banner. Christensen cast Logan Lerman as the titular character, with a supporting cast that included Elle Fanning, Kyle Chandler, Michelle Monaghan, Nathan Lane and Margaret Qualley. The film was shot between April and May 2016 and took place between New York and New Mexico. Sidney Hall premiered at the Sundance Film Festival, in Park City, Utah on January 25, 2017. Sidney Hall was announced to have been acquired for distribution by A24 and DirecTV in April 2017, with DirecTV providing an exclusive pre-release prior to a theatrical release by A24. The film, re-titled "The Vanishing of Sidney Hall", is set for a theatrical release on March 2, 2018.