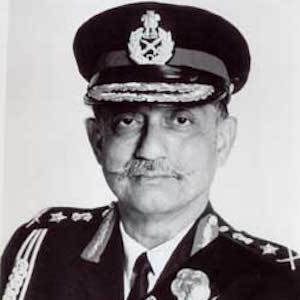 The 18th Chief of Army Staff of the Indian Army from November 1994 to September 1997. He later became a member of Rajya Sabha.

He attended St. Xavier's Collegiate School in Kolkata, and and was commissioned into the 20th Lancers.

He received the prestigious Param Vishisht Seva Medal for his Service to the Indian Army.

He and Apoorva Sengupta both served as officers in the Indian Army.