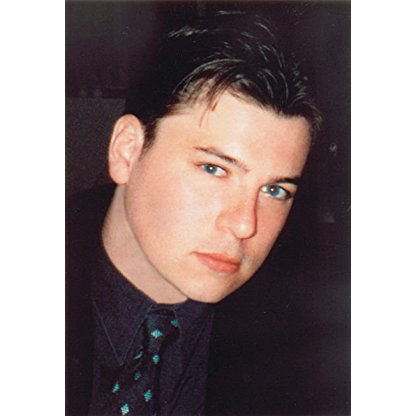 Shane Salerno was born in Memphis, Tennessee in 1972. He attended 10 schools in 12 years, including St. John's College High School, a military academy in Washington, D.C. where he was co-captain of the football team and the only write-in class President since the school was founded in 1851. At San Dieguito High School in Encinitas, California, he was Editor of the school newspaper, played varsity football, and was voted most likely to succeed.

Salerno cited the influence of filmmaker Michael Mann and the TV show Miami Vice, which Mann created and produced. His first formative cinematic memory from childhood was watching Mann's movie Thief when he was eight years old. He wrote two films for Mann in 2000 and 2012 and dedicated his documentary film Salinger to him in 2013. He also said The Empire Strikes Back had a significant impact on him as a child. He compared his time on NYPD Blue to film school, having apprenticed with Producer and Director Gregory Hoblit. His time with Steven Spielberg he called his writing school.

With crime Novelist Don Winslow, he created the TV series UC: Undercover, for which he was executive Producer, head Writer, and music supervisor. From 2010-2011 he wrote three episodes of Hawaii Five-0.

Salerno spent ten years on his documentary Salinger, a project that he researched, wrote, produced, directed, and financed. The film examined the life of author J. D. Salinger, a Writer noted for protecting his privacy. The movie includes interviews with Joyce Maynard, Edward Norton, and Tom Wolfe. A director's cut appeared on the PBS series American Masters in January 2014. With author David Shields, Salerno wrote the book Salinger to accompany the film. It reached number six on The New York Times bestseller list and number one on the Los Angeles Times bestseller list.

The Story Factory has also negotiated a number of seven-figure book-to-film sales, including Don Winslow’s Savages (to Universal, with Oliver Stone directing), Shane Salerno’s Salinger (to PBS for the 200th episode of American Masters, as well as to The Weinstein Company for theatrical release), Steve Hamilton’s The Second Life of Nick Mason (to Lionsgate, with Nina Jacobson and Shane Salerno producing), Winslow’s The Cartel (to Twentieth Century Fox, with Ridley Scott directing and producing), Winslow’s The Force (again to Fox, with James Mangold directing), and Marcus Sakey’s Afterlife (to Brian Grazer and Ron Howard at Imagine Entertainment).