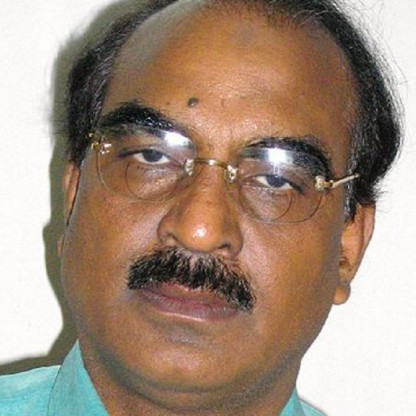 Shahabuddin Nagari was born on October 06, 1955 in East Pakistan, Bangladeshi, is Poet. Shahabuddin Nagari is a Bangladeshi poet, bureaucrat, poet and musician who has earned a reputation for himself in the field of modern literature, conveying his romantic thoughts and love for his country through his expressive poems, thoughtful articles, novels, and soulful music. After completing his education in zoology, he cleared the civil examination to fetch a government job in customs and excise department. However, that didn’t deter him from dedicating time to writing and composing music. Being a romantic poet, he went on to create a niche for himself by composing every new poem distinct from his previous one. What makes his creations unique is that he lets his emotions flow and writes freely in a descriptive style. In addition to poetry, he has authored several rhyme books for children, short stories, juvenile novels and storybooks, articles and columns, travelogues, and novels, apart from co-editing anthologies. By showing his exceptional caliber in singing, composing, song writing, dialogue writing, and script writing, he has become a reputed figure in the cultural spheres of Bangladesh. Some of his popular poetry volumes are ‘Midnight Locomotive and Other Poems’, and ‘The Black Cat and Other Poems’
Shahabuddin Nagari is a member of Writers

From the very childhood Shahabuddin Nagari has been involved in writing. When he was a student of his village school, he attempted to write some rhymes. His uncle late Abdul Mannan, then a student of Rajshahi University, would come to the village every week (1966–67) and arrange literary gathering. There, the youngest member Shahabuddin Nagari would read out his rhymes. After moving to Dhaka in 1968, he became a regular subscriber of 'Mukuler Mahfil' (The Daily Azad) and 'Kachi Kachar Ashor' (The Daily Ittefaq). About that time he started to send his compositions for publishing. On 30 July 1969, his first rhyme 'Ami Kobi' (I am a Poet) was published in the 'Mukuler Mahfil'. After fighting the liberation war in 1971, he went back to Chittagong and resumed literary activity. When a son of the famous Politician late Jahur Ahmed Chowdhury published a weekly called 'Rajanigandha', he started to contribute there. Then he started writing in the children's section of 'The Daily Michhil'. Besides the newspapers of Chittagong, he started to write for children in almost all the national newspapers and magazines of Dhaka. His first book of rhymes Nil Paharer Chhara (1978) was published by the-then famous publishing house of Dhaka 'Muktodhara' (The Swadhin Bangla Sahittya Parishad). He published this book by directly contacting late Chittaranjan Saha, the founder of Muktodhara Publications. His second book Mahakaler Batighar contained articles on literature and was published by Caucus Publishers, Chittagong in 1986. The same year his collection of rhymes Mouly Tomar Chhara was published by Dolna Prakashani of Chittagong.

Shahabuddin Nagari is a figure in the cultural sphere of Bangladesh. At once he is a vocalist, Songwriter, Composer, Playwright and a script-writer. Considering his enthusiasm for music, his father got him admitted into the-then Pakistan Cultural Academy situated in Green Road, Dhaka. At that time he was a student of grade nine in the school. There Nagari learned both modern and classical music. He was taught modern song by M.A Hamid (now living in the USA), late Mahmudunnabi and Mohammad Abdul Jabbar. After the liberation in 1971, he learned music from Ustad Syed Anwar Mufti of Bangladesh Betar, Chittagong. In 1977 he appeared for audition and became a listed singer in Bangladesh Television. A long hiatus from the world of music became inevitable due to studies and job. However, in 1994 he returned to music by singing for the BTV drama Keu Fere Keu Fere Na. In 1995, he developed acquaintance with two famous composers of the country, namely, Subal Das and Pranab Ghosh. In 1996, under the supervision of Subal Das his first audio album 'Bishonno Mon' was published and this gave birth to a new Shahabuddin Nagari. By 2004 he has had ten solo albums published. He has sung more than 200 songs. HMV (now RPG) of Kolkata has published his audio CD under the title Premer Gaan in 1999. In 2003 the song 'Bhalobasha Bhag Kora Jay Na' became widely popular throughout Bangladesh. In 2004 he wrote the story, dialogue, script and gave music direction for the feature film Ak Khando Jomi produced by Impress Telefilm Limited. The film was based on his poem 'Ak Khando Jomi' included in his book Aguner Ful Fote Thonte.

Nagari started his education in Dinajpur. After studying grade one and two in Dinajpur Bangla School, he got admitted into the Dinajpur Zilla School in grade three. At the middle of his grade five, his father was transferred to Barisal and he shifted with his mother and siblings to his village home. There, after finishing grade five in Shibnagar Primary School, he got admitted into Kansat High School in grade six. After getting promoted to grade eight, he moved with his family to Dhaka. At that time his father was working at the Dhaka DLR & SS Office, Tejgaon, having been transferred from Barisal. After coming to Dhaka, he got admitted into the Rajabazar Nazneen High School. When he was a student of this school, he joined in a movement started in the country against the textbook Pakistan : Desh O Krishti (en: Pakistan : Country and Culture). From this school he passed SSC in 1972. By that time, since his father was transferred to Chittagong, he also shifted to Chittagong and got admitted into the higher secondary class in the Chittagong College. He passed HSC in 1974 from this college. Although he wanted to study English for Honours, he yielded to the Desire of his family and got admitted into the Zoology Department of the Chittagong University in 1974. After completing his BSc (Honours) in 1978, he continued in the same department in the Thesis Group for Masters. The topic of his thesis was Rice Field Spiders in Chittagong. He was the only entomologist who worked on spiders for the first time in Bangladesh (1978–80). He finished his academic education in 1980. For some time he worked as a Research Fellow of the University Grants Commission under the supervision of Professor (Dr.) Shafique Haider Chowdhury. Again his focus of research was spiders.

After his debut publication in 1978, a book of rhymes titled Nil Paharer Chhara, Nagari had never looked back. He wrote and published every year. Till date, he has published sixteen volumes of poetry including two in English translation. The count is seventeen for book of rhymes, six for Juvenile novels and short stories and four for essays and articles. He has also written one novel and one travelogue. In addition he has compiled and edited with others three volumes of poems and rhymes. His introductory write-up on Bengali rhymes (1947–87) (adopted as the Introduction of Bangladesher Chhara, 1987) is the first research work on Bangladeshi rhymes and recognised as the first reference in our literature. A complete list of his books is given below :

At the beginning of 1981, Nagari joined the Zoology Department of Chittagong University as a lecturer. However, inspired by his father, he appeared in the Bangladesh Civil Service (BCS) examination which he passed successfully and was appointed as Assistant collector of Customs & Excise. He left the University job and joined the government Service in the early December 1983. As a government officer he worked in various offices in different ranks and positions throughout the country under National Board of Revenue ( NBR ) of Ministry of Finance. He has retired from Government Service since March 2016.

He married Dr. Aftabun Nahar Maksuda (1958) on 9 September 1983 at the age of 28. His wife's paternal residence is in Shalgaria, Pabna. At that time his wife was working as an Assistant Surgeon in the Chittagong Medical College and Hospital. His wife, having served as a government physician for a long time, was appointed as a Deputy Secretary to the Government of Bangladesh in 2006. At present she is the Additional Secretary to the Government and working in the Ministry of Fisheries and Livestock.

The Black Cat and Other Poems is a new book of poetry of Shahabuddin Nagari. It has been published by Authorhouse, USA in Sep. 2011. Nagari's passion for woman and nature combined together is amply demonstrated in a number of poems. His passionate love for his beloved is well depicted in the following lines :