Serhiy Tihipko was born on February 13, 1960 in Ukraine. Long-time Ukrainian politician, Serhiy Tihipko, is in the middle of Ukraine's political turmoil; the former vice-Prime Minister is in parliament as a member of unpopular ex-Prime Minister Viktor Yanukovich's Party of Regions; rumored to be making a presidential run in May. Tihipko began working in banking in the 1990s, and was one of the early founders of PrivatBank now owned by fellow billionaires Ihor Kolomoyskyy and Henadiy Boholyubov. He sold off another banking asset, TAS-Kommerzbank, to a Swedish investor at the height of the market in 2007 for $735 million and invested funds in his election campaigns as well as in various businesses from real estate to machinery.
Serhiy Tihipko is a member of Diversified 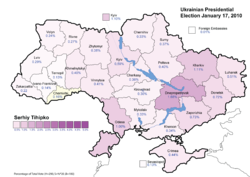 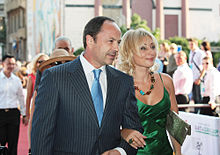 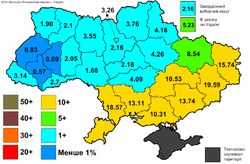 Tihipko was born on 13 February 1960 in the village of Drăgăneşti, Sîngerei, in the Lazovskiy district of the Moldovian SSR in Ukrainian family who moved there from Podolia in 1902. His Father fought in World War II where he was badly wounded, and died when Tihipko was 10. His mother was a village nurse. He has two brothers: one six years older, and one two years younger.

Tihipko was married to Natalia Tihipko from 1981 to 2004. They had one daughter together, Hanna, born in 1984; she now works in a company owned by her Father.

"After the break up of the Soviet Union and the results of the political power struggles that followed he decided to put his political interests aside and start a Business career as a manager in a private bank. This was an undeveloped industry in the early stages of the former Soviet Union and it turned out to be a shrewd move." He "made swift progress and from 1991-1992 he was appointed Deputy Chairman of a small commercial bank called Dnipro Bank. From there he became Chairman of the Board of the commercial bank Pryvat until 1997, helping in taking the small regional bank to become one of the biggest private banks in Eastern Europe."

In 1994 he became a non-staff consultant on monetary policy to the President Leonid Kuchma. He was also an advisor to Kuchma in the lead up to the introduction of the national currency, the Hryvnia in 1996. Realising that there was a conflict of interest between his political role and his shareholding in Privat Bank, he divested himself of the shares

Tihipko served as the minister of economics (1997–1999). In June 2000 Tihipko left the Yushchenko Government to take part in a parliamentary by-election on 25 June and eventually won a seat at the majoritarian constituency #36 in the Dnipropetrovsk Oblast. In November 2000 became member and leader of Labour Ukraine. At the 2002 parliamentary elections, with the Labour Ukraine being part of the For United Ukraine alliance, he was again elected into parliament. Tihipko was Governor of the National Bank of Ukraine in the years 2002-2004.

Tihipko married Viktoriya Tigipko later in 2004, during the 2004 Ukrainian presidential election campaign. Viktoria is the President of the Odessa International Film Festival. She is also Managing Director at a venture company which invests in online projects worldwide, and is considered to be one of the most successful Business Women in Ukraine. The couple have three children, born in 2002, 2005 and 2008.

Tihipko chaired the election campaign in 2004 for presidential candidate Viktor Yanukovych. After the election Tihipko temporarily left Ukrainian politics, resigning as Labour Ukraine leader on 23 April 2005, to build up a bank which he sold to Swedbank group for nearly $1 billion. Tihipko was an ally of former President Leonid Kuchma. Analysts have claimed Kuchma should have given his support to Tihipko during the Ukrainian presidential elections, 2004 instead of supporting Viktor Yanukovych, however Yanukovych had more popular support.

Of the 18 presidential candidates, Tihipko has declared the biggest income to the Ukrainian election Committee. He had an income of about $2.5 million in 2008 and told Kyiv Post he had spent roughly the same amount on his presidential campaign till December 2009. “I will spend as much as I need. This is my own money.” Tihipko claims he has spent 90 million hryvnia (about $11 million) on his election campaign.

Tihipko supports the privatization of Ukraine's gas-pipeline system and its joint management by Russia and Europe, but warned that he would "not support the seizure of the pipeline" by Russia, which he believed the conditions (late 2009) where being set for. He was critical about the April 2010 natural gas agreement stating that while the deal might make economic sense "The procedure of debating the agreement and completing it behind closed doors is not what the Ukrainian people want."

In the buildup to the 2010 Ukrainian presidential election Tihipko stated that Ukraine should conduct the most constructive policy possible in relations with neighboring countries, including both Russia and the West. In September 2009 he wrote an article that was published in the Ukrainian edition of Komsomolskaya Pravda in which he criticized Ukraine's foreign policy over the past five years, saying its goal had been to "participate in a cordon sanitaire" around Russia, which has done "enormous economic damage" to Ukraine, weakened Ukraine’s position in the post-Soviet realm, and turned Moscow into a "powerful opponent of Ukrainian interests." According to Tihipko (in January 2010) Ukraine is not yet ready to seek membership in the European Union or NATO and must first focus on forming a unified government that can stimulate the country's economy. In the long term he seeks European integration for Ukraine. In December 2012 Tihipko stated that European integration was more advantageous to Ukraine than accession to the Customs Union of Belarus, Kazakhstan and Russia.

Presidential candidate Tihipko intends to make Russian a second state language if he wins the 2014 Ukrainian presidential election. In the campaign he spoke out against the separatism of the pro-Russian armed groups in Eastern Ukraine and for decentralisation. In the campaign he advocated Ukraine's non-aligned status "if we now start talking more about NATO - it completely will split the country. He also called Russia "an aggressor which invaded Crimea".

Early May 2015 Tihipko was appointed head of the supervisory council of TAScombank, in which he holds the largest stake of nearly 49%.