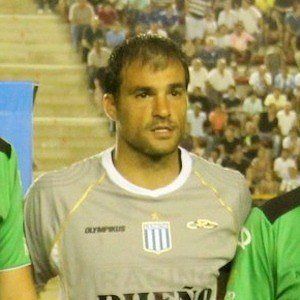 Goalkeeper who joined Zaragoza in 2017 and was a part of Argentina's national team from 2012 to 2013. He has 80,000 followers on his sajasebastian Instagram account.

He was voted South America's best goalkeeper in 2002 after playing 200 games for San Lorenzo de Almagro.

He signed a three year contract with AEK Athens FC in 2008. He appeared in 29 games with the team.

His daughter is named Bernadette.

He and Manuel Neuer are both goalkeepers.