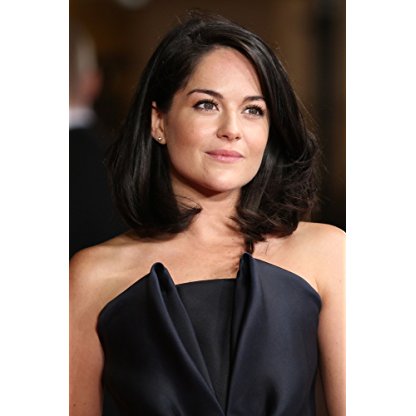 Sarah Greene was born on October 25, 1958, is Actress, Producer, Soundtrack. Sarah is originally from Cork and trained in Dublin where she graduated from the Gaiety School of Acting in 2006.Sarah played Helen McCormick (Slippy Helen) opposite Daniel Radcliffe as Billy Claven in Martin McDonaghs's The Cripple of Inishmaan, directed by Michael Grandage at the Cort Theatre on Broadway,NYC. Sarah was nominated for a TONY award (Best Actress in a Featured Role) 2014 for her performance in this show, one for which she was already nominated for an Olivier Award in 2013 during it's West End run and for which she was awarded the 2014 World Theater Award for Outstanding Broadway Debut.Other theatre includes Rough Magic's production of PEER GYNT for Dublin Theatre Festival 2011 her acclaimed performance as Alice in thisispopbaby's and the Abbey Theatre's hugely successful production ALICE INFUNDERLAND in 2012. She also appeared in ELLEMENOPE JONES both directed by Wayne Jordan at The Project Arts Centre, Dublin in 2011. Sarah appeared as Sorcha in Paul Howard's play BETWEEN FOXROCK AND A HARDPLACE at the Gaiety Theatre, Dublin and Cork Opera House. She played Ismene in Rough Magic's production of PHAEDRA by Hilary Fannin, directed by Lynne Parker as part of the Dublin Theatre Festival. Sarah appeared as Amber in Guna Nua's award winning and highly acclaimed production of LITTLE GEM which won the Carol Tambor Best of Edinburgh Award at the Edinburgh Fringe Festival and led to a remounting of the production in New York as well as tours across the UK and Ireland. Other previous productions have included: Danti Dan for Galloglass, The Death of Harry Leon for Ouroboros, The Year of the Hiker and The Playboy of The Western World, The Empress of India, and most recently Big Maggie, all with Druid Theatre Company and directed by Garry Hynes.Sarah stars as Christina Noble alongside Deirdre O'Kane, Liam Cunnigham and Brendan Coyle in Stephen Bradley's feature NOBLE and has already won awards Jury and Audience awards at the Boston Film Festival, Santa Barbara International Film Festival, Newport Beach Festival, Nashville and Dallas Festivals.In 2014, Sarah was cast alongside Bradley Cooper and Sienna Miller in The Weinstein's 'Untitled John Wells Project' and joined the cast of Showtime's Penny Dreadful playing Hecate Poole.Other film and television includes: RAW RTE/Ecosse Films, EDEN/Samson Films, SPEED DATING/RTE, BACHELOR'S WALK/Samson Films/RTE. She played the leading role of Cathleen in the Canadian/Irish feature LOVE AND SAVAGERY directed by John N. Smith. MY BROTHERS (Treasure Films) and THE GUARD (Element) opposite Brendan Gleeson. She most recently appeared as Judith in three episodes of VIKINGS (History Channel/MGM).
Sarah Greene is a member of Actress 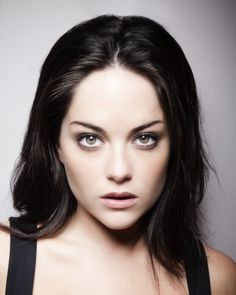 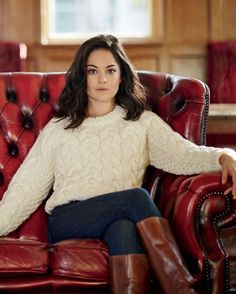 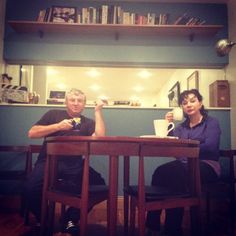 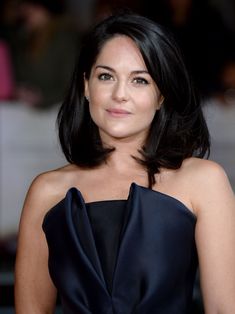 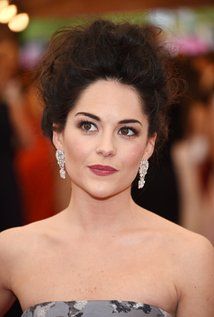 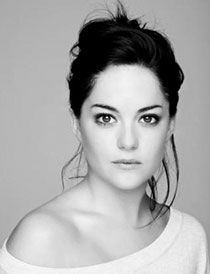 In early 1980, Greene had a role on the daytime drama Together (Southern Television/ITV), which began in January. She first appeared on Blue Peter after appearing in the BBC adaptation of Pamela Brown's The Swish of the Curtain, following which she was asked by the programme's Editor Biddy Baxter to be the replacement for the outgoing Tina Heath. At the time Greene was the youngest ever presenter of Blue Peter, aged 22 and within two weeks was filming in Cornwall for the show. The programme won BAFTA during Greene's 3-year tenure. After leaving Blue Peter, she presented Saturday Superstore with Mike Read, and subsequently co-presented Going Live! with Phillip Schofield. It was during her time on Going Live! that Greene won "Best Female on TV" SOS Award 3 years running and famously presided over the phone-in where Five Star were asked "why are you so fucking crap?". She then began to appear in television commercials for Nescafé coffee. Later, she fronted Channel 4's daytime antiques programme Collectors' Lot.

On 10 September 1988 Greene and her partner Mike Smith, the television and radio presenter were seriously injured in a helicopter accident in Gloucestershire. The couple spent a number of weeks in hospital before Greene returned to present Going Live! while still in plaster.

In addition to presenting magazine shows such as the BBC's Pebble Mill and Good Morning Summer alongside Will Hanrahan, Greene has acted in the Doctor Who serial Attack of the Cybermen, Casualty, Brookside and French & Saunders. In 1992 she combined her talents in a hoax paranormal programme called Ghostwatch, alongside Smith and talk-show host Michael Parkinson. Greene and Smith made a foray into feature films in The Man Who Knew Too Little (1997), starring Bill Murray; they played presenters of The Theatre Of Life, a fictional English TV show which promised the participant a role in a crime drama.

In 1996 Greene began a four-year partnership with the Food Network, hosting a daily news, debate and magazine show. Later, Greene appeared in the ITV programme Have I Been Here Before? and was also a regular presenter on magazine show This Morning. She has also presented Discovery Home & Health's Weddings Live, an annual 6-hour broadcast which showcases several weddings live from across the country, from 2005 to 2007. Fellow presenters include Brendan Courtney and Celebrity makeup Artist and Stylist Armand Beasley. Partnered with Fred Palascak, Greene competed in the 2008 ITV Dancing on Ice competition.

Greene took part in an episode of BBC Wales's Coming Home programme, first shown on 22 December 2010. Her mother had died a month before filming but she decided to continue the process, alongside her 87-year-old father. The programme was able to trace her family tree back to the 17th century in Wales.

Greene and her husband, Mike Smith, appeared on Pointless on BBC One in December 2012. Mike Smith died on 1 August 2014 following complications after major heart surgery.

In April 2017, Greene guest presented an episode of This Morning alongside Phillip Schofield. She returned to guest present the show in July 2017, and again on 4 August 2017 and on 18 August 2017, alongside Rylan Clark-Neal.