Carter and Barthel have been friends since junior high school. In the summer of 2007, Barthel returned home dissatisfied with pursuing a visual arts degree at Champlain College in Vermont, and Carter returned home after a brief stint in New York City with Grand Habit, an experimental band formed with his older brother, John.

Phantogram released their debut album Eyelid Movies on September 15, 2009 on BBE (Europe) and Indica Records (Canada), and on February 9, 2010 on Barsuk (US). The album received generally favorable reviews. The album included three singles: "Mouthful of Diamonds", "When I'm Small" and "As Far As I Can See".

In 2010, they enlisted Drummer Tim Oakley, formerly of the Mathematicians, for their tour. In 2013, the band added guitarist/synth player Nicholas Shelestak to the touring band, while Chris Carhart took over on drums.

The Nightlife EP was released on November 1, 2011. It included the single "Don't Move".

The duo collaborated with Big Boi from OutKast on three songs ("Objectum Sexuality", "CPU" and "Lines") from his second studio album, Vicious Lies and Dangerous Rumors, released in December 2012, and were credited as producers for the song "Objectum Sexuality". Phantogram were also featured on the Flaming Lips song "You Lust" from their 2013 album The Terror.

Phantogram have played and toured with the Antlers, Beach House, Metric, Minus the Bear, Caribou, Zero 7, the xx, Ra Ra Riot, School of Seven Bells, Yeasayer, Brazilian Girls, Future Islands and the Glitch Mob. They opened for M83 at the Hollywood Bowl on September 22, 2013. In 2015, Phantogram opened for Alt-J at Madison Square Garden and toured the West Coast with Muse in December 2015. They also opened for Muse during the European leg of the Drones World Tour in April 2016.

Phantogram collaborated with Big Boi again in 2015, resulting in the seven-song EP Big Grams, which was released on September 25, 2015 by Epic Records. The EP featured production work from Big Boi, Phantogram, 9th Wonder and Skrillex.

Phantogram performed "You Don't Get Me High Anymore" in episode 9 of the Showtime series Roadies, which aired August 21, 2016.

Phantogram were announced to perform at the summer 2017 WayHome Music & Arts Festival in Oro-Medonte, Ontario. 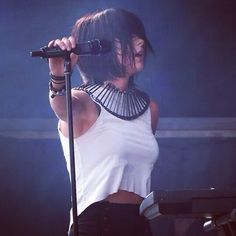 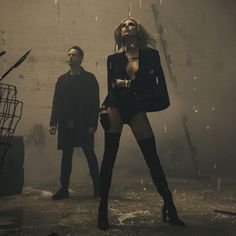 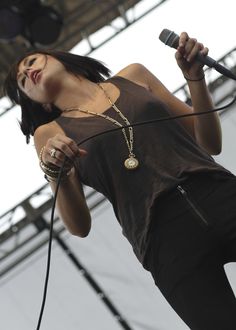