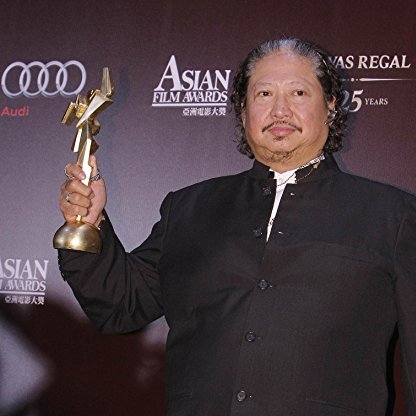 Sammo Kam-Bo Hung was born on January 07, 1952, is Actor, Stunts, Producer. Born in Hong Kong, Sammo Hung's acting career began while he was training in acrobatics, martial arts and dance as a child at the China Drama Academy, and he received acclaim for his performance with a troupe called "The Seven Little Fortunes." He made his feature film debut as an actor at the age of 12, and has worked in numerous martial arts films as an actor, director, producer and/or choreographer, collaborating with Bruce Lee and Jackie Chan, two superstars of the genre.He is now internationally renowned as a pioneer and trend-setter in Hong Kong action films. Hung's big break as a film actor came with a role as a sparring partner in the Bruce Lee film Enter the Dragon (1973). He established his reputation as a skilled physical comedian in several kung-fu comedies, beginning with "Enter the Fat Dragon" (Fei Lung gwoh gong (1978)). He also produced and starred in numerous successful films throughout the 1970s and 1980s for Hong Kong's leading film studio, Golden Harvest.Hung collaborated in the 1980s with long-time friend Jackie Chan in a highly successful series of action comedies that cemented Hung's reputation as a consummate actor/director and launched Chan's career as an international star. For a while, Hung also starred in an American TV series, Martial Law (1998).He directed Wong fei hung VI: Sai wik hung see (1997), his first film shot in the US. He and his wife, Mina, now divide their time between homes in Hong Kong and Los Angeles.
Sammo Kam-Bo Hung is a member of Actor 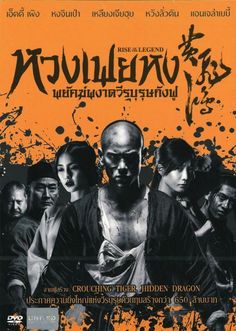 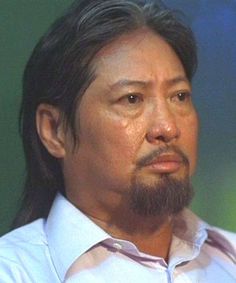 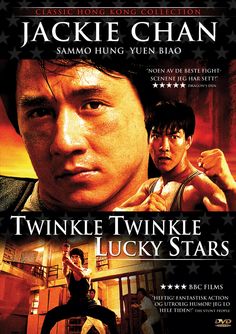 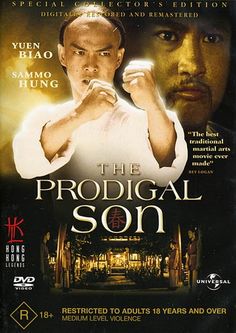 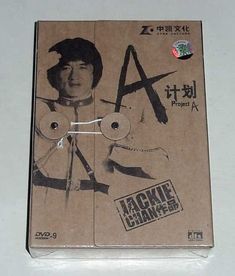 Hung appeared as a child actor in several films for Cathay Asia and Bo Bo Films during the early 1960s. His film debut was in the 1961 film Education of Love. In 1962, he made his first appearance alongside Jackie Chan in the film Big and Little Wong Tin Bar, followed by a role in The Birth of Yue Fei, in which he played the ten-year-old Yue Fei, the historical figure from the Song Dynasty who would go on to become a famous Chinese general and martyr. The majority of Hung's performance was alongside another actor portraying Zhou Tong, Yue's elderly military arts tutor. In 1966, at the age of just 14, Hung began working for Shaw Brothers Studio, assisting the action Director Han Yingjie, on King Hu's film Come Drink with Me. Between 1966 and 1974, Hung worked on over 30 wuxia films for Shaw Brothers, progressing through the roles of extra, stuntman, stunt co-ordinator and ultimately, action Director.

Hung joined the China Drama Academy, a Peking Opera School in Hong Kong, in 1961. He was enrolled for a period of seven years, beginning at the age of 9, after his grandparents heard about the school from their friends. The opera school was run by Master Yu Jim Yuen and as was customary for all students, Hung adopted the given name of his sifu as his family name whilst attending. Going by the name Yuen Lung, Hung became the foremost member of the Seven Little Fortunes (七小福) performing group, and would establish a friendly rivalry with one of the younger students, Yuen Lo. Yuen Lo would go on to become international superstar Jackie Chan. At the age of 14, Hung was selected by a Teacher who had connections to the Hong Kong film industry to perform Stunts on a movie. This brief foray into the industry piqued his interest in film and he took particular interest in the operation of film cameras. As the eldest of the troupe, Hung would give his opera school brothers pocket money from his earnings, endearing him greatly to his young friends. Shortly before leaving the Academy at the age of 16, Hung suffered an injury that left him bedridden for an extended period, during which time his weight ballooned. After finding work in the film industry as a stuntman, he was given a nickname after a well-known Chinese cartoon character, Sam-mo (三毛; Three Hairs).

Toward the late 1970s, Hong Kong cinema began to shift away from the Mandarin-language, epic martial art films popularised by Directors such as Chang Cheh. In a series of films, Hung, along with Jackie Chan, began reinterpreting the genre by making comedic Cantonese kungfu. While these films still strongly featured martial arts, it was mixed with a liberal dose of humour.

Also in 1973, he was seen in the Bruce Lee classic, Enter the Dragon. Hung was the Shaolin student Lee faces in the opening sequence.

In 1975, Hung appeared in The Man from Hong Kong, billed as the first Australian martial arts film.

In 1977, Hung was given his first lead role in a Golden Harvest production, in the film Shaolin Plot. His next film, released the same year, was also his directorial debut, The Iron-Fisted Monk, one of the earliest martial art comedies.

1980 saw Raymond Chow pull one of Hung's films from local cinemas after just two weeks. Hung responded by starting his own production company Bo Ho Film Company Ltd, allowing him to have greater control to produce Hong Kong films. Whilst Bo Ho produced, Golden Harvest still operated as distributors. In all, 40 films were released by Bo Ho, several of which starred Hung:

In 1983, Hung co-founded another production company, D&B Films Company Ltd ("D&B" being short for "Duk-Bo"), with Dickson Poon and John Shum. The company operated until 1992 and produced a total of 77 Hong Kong films:

Many years later, in 1988, Hung starred in Alex Law's Painted Faces, a dramatic re-telling of his experiences at the China Drama Academy. Among the exercises featured in the film are numerous acrobatic backflips, and hours of handstands performed against a wall. Despite some of the more brutal exercises and physical punishments shown in Painted Faces, Hung and the rest of the Seven Little Fortunes consider the film a toned-down version of their actual experiences.

In 1989, Hung formed a new production company, Bojon Films Company Ltd. The company produced 5 films, all of which starred Hung:

Whilst continuing to produce films through his own company Bojon Films Company Ltd, Hung failed to equal his early successes. His fortunes improved somewhat as the helmer of Mr. Nice Guy (1997), a long-awaited reunion with Chan.

In 1998, US television network CBS began to broadcast Martial Law (1998–2000) on Saturday nights, an action-drama built around Hung. The hour-long shows were a surprise success and installed Hung as the only East Asian headlining a prime time network series. The television series was executive produced and occasionally directed by Stanley Tong, and co-starred Arsenio Hall. Hung reportedly recited some of his English dialogue phonetically.

Hung found renewed success in Hong Kong film industry in the 2000s, beginning with The Legend of Zu (2001), the long-awaited sequel to the 1983 hit Zu Warriors from the Magic Mountain. In 2004, Stephen Chow's Kung Fu Hustle was released. Though Yuen Woo-ping was credited for the martial arts choreography on Kung Fu Hustle, Hung actually did the preliminary work but left the film midway through, and Yuen filled in to complete it. Because of his departure from the film, there was tabloid speculation that he and Chow had strong differences over the film, resulting in their separation. Chow has since responded that Hung left for personal reasons and not because of speculated tensions. In 2004, Hung again worked with Jackie Chan, in a brief but notable appearance in Disney's Around the World in 80 Days as the legendary folk hero Wong Fei Hung, a character played by Chan in the Drunken Master series.

In 2005, Hung was involved in Daniel Lee's Dragon Squad and Wilson Yip's SPL: Sha Po Lang (aka Kill Zone). In the latter, Hung played a villain for the first time in over 25 years, and had his first ever fight scene against Donnie Yen. One of the key relationships in SPL had been Hung's role as the adoptive father of Wu Jing's character. However, these scenes were dropped from the final film as the Director couldn't find a way to fit them into the film. In response to this, a prequel film was planned. Hung appeared alongside Wu Jing again in 2007's Twins Mission with stars, the Twins. In early 2008, Hung starred in Fatal Move, in which he and Ken Lo played a pair of rival triad gang Leaders. He also starred in, and performed action choreography for, Daniel Lee's Three Kingdoms: Resurrection of the Dragon, with Andy Lau and Maggie Q. The film, was based on the book Romance of the Three Kingdoms.

Hung has also directed and starred in another martial arts epic entitled Howling Arrow. According to Hung's official website, it stars Aaron Kwok, Wu Jing, and Zhou Xun and was filmed for Tsui Siu-Ming's Sundream Motion Pictures. Filming was supposed to begin in 2007, but the film appears to have been delayed indefinitely.

In between films and special appearances, Hung has appeared in several East Asian television series. In 2003 he was in two mainland Chinese series - Undercover Cop with Fan Bingbing, followed by The Valley of Lost Vengeance (aka End Enmity Hollow). More recently, he played a master con-artist in the Taiwanese series Coming Lies and Wing Chun master Wong Wah-bo in Wing Chun, reprising the role he played in The Prodigal Son over 20 years earlier. He co-starred in the series alongside Yuen Biao, Nicholas Tse and his youngest son, Sammy Hung. And was in an episode of Waker Texas Ranger. Hung appeared as a guest judge on the China Beijing TV Station reality television series The Disciple, which aired in mainland China and was produced by, and featured, Jackie Chan. The aim of the program was to find a new star, skilled in acting and martial arts, to become Chan's "successor", the champion being awarded the lead role in a film. It concluded on 7 June 2008, with the series winner announced in Beijing.

In 2010, Hung was given a lifetime achievement award at the New York Asian Film Festival, where four of his films were shown. Hung appears in and choreographed Ip Man 2 (2010). His role is that of a Hung Gar master who challenges Yip Man.

Hung's is starred in the most recent historic action film God of War (2017).