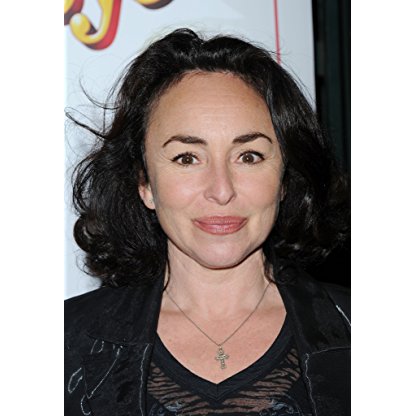 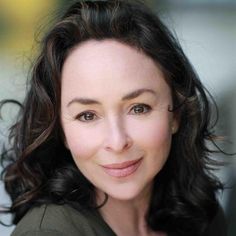 "For English/Jewish artists in this business, we’re English first and the Jewish thing comes down the line. Whereas in the United States, Jewishness is a much celebrated thing. Jewishness is a part of their very being.

Spiro won a 2004 Joseph Jefferson Award for Actress in a Supporting Role in a Musical, for the production of A Little Night Music at the Chicago Shakespeare Theater in Chicago, Illinois.

In the 2011 British Comedy Awards she won the Best Female Comedy Breakthrough Artist award for her performance in Grandma's House.

Spiro has appeared in the films Beyond Bedlam (1994), as WPC Foster, and Tomorrow La Scala! (2002), as Janey. She also played Martha Tabram in From Hell (2001), opposite Johnny Depp. She also appears impersonating many historical female figures in Psychobitches.

Spiro married the actor Mark Leadbetter, whom she met at drama school, in February 2002. They have two daughters and currently live in Queen's Park, London.

Spiro won a 2004 Joseph Jefferson Award for Actress in a Supporting Role in a Musical, for the production of A Little Night Music at the Chicago Shakespeare Theater in Chicago, Illinois.

Her other television credits include The Bill, Cold Feet, Plebs, Coupling, After You've Gone and M.I.T.: Murder Investigation Team, in which she played the lead role of DI Vivien Friend. She described the role of Friend as "quite an unusual departure for me...I've done quite a bit of comedy and I've played characters who are light-hearted and characters who are tarts with hearts. In M.I.T. there is no tart or heart!" In order to research the part, Spiro spent time with a female Detective Inspector with the real-life Murder Investigation Team. From 9 August 2010, Spiro starred in the BBC comedy Grandma's House. She plays the part of Simon Amstell's aunt Liz. In 2012 she also appeared in the SkyArts comedy series 'Psychobitches where she played various female icons including Audrey Hepburn, Elizabeth Taylor, Marilyn Monroe and Mary Whitehouse.

In the 2011 British Comedy Awards she won the Best Female Comedy Breakthrough Artist award for her performance in Grandma's House.

In 2013 Spiro starred in an episode of the Sky Atlantic series Little Cracker, an autobiographical comedy written by Rebecca Front in which Spiro played Front's mother.

In 2016 she joined the HBO series Game of Thrones in Season 6 as Melessa Tarly, the mother of Samwell Tarly. That year she also joined Tracey Ullman's Show in the recurring role of Birgit, the fictitious fridge-magnet-loving personal assistant and confidante to Tracey Ullman's impression of German Chancellor Angela Merkel. In 2017 Spiro reprised her role of Barbara Windsor in the BBC1 drama Babs, a biopic based on the life of Windsor.

In 2018 Spiro played the role of Mrs Erlynne in Kathy Burke's production of Oscar Wilde's Lady Windermere's Fan at London's Vaudeville Theatre. This production was recorded and shown in cinemas under the "More2Screen" initiative.

Discussing whether she prefers acting in the theatre to television or film, Spiro said: "I think theatre prefers me. These days you have to do both, but it never feels as if the TV casting people are beating down my door to offer me work. I just feel that in this Business you are lucky if you’re doing something you enjoy."