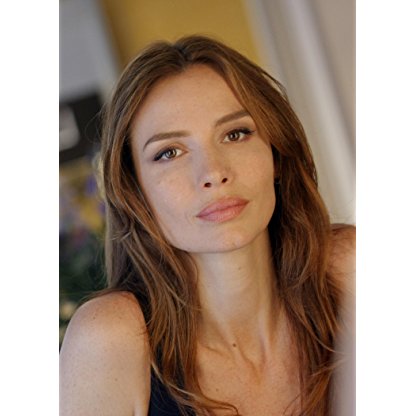 Saffron Burrows was born on October 22, 1972 in  London, England, United Kingdom, is Actress, Soundtrack. Saffron Burrows, known for her work in critically acclaimed films, stars in the Golden Globe winning Amazon series Mozart in the Jungle. Upcoming, Burrows will star in award-winning playwright Tom Dugan's one-woman drama Jackie Unveiled at the Wallis Annenberg Center for the Performing Arts. The searing drama is set against two of Jackie's most seminal life moments, examining the deeply personal struggles of a woman who seemed to have it all. Burrows' film credits include Henry Mason's Love Lies Bleeding; Noah Pritzker's Quitters; Bill Guttentag's Knife Fight; Jonas Åkerlund's Small Apartments; Jonas Pate's Shrink; Roger Donaldson's The Bank Job; Amy Redford's The Guitar; Peter Howitt's Dangerous Parking; Hal Hartley's Fay Grim; Mike Binder's Reign Over Me; Wolfgang Petersen's Troy; Raoul Ruiz's Klimt; Gerardo Herero's El Misterio Galíndez; Paul McGuigan's Gangster No. 1; Michael Apted's Enigma; Mike Figgis' Timecode, and his film adaptation of the classic play, Miss Julie, in the lead role; Pat O'Connor's Circle of Friends; and Jim Sheridan's In the Name of the Father. On the small screen, Burrows recurred on the ABC drama Marvel's Agents of S.H.I.E.L.D., CBS' comedy The Crazy Ones, NBC's drama series My Own Worst Enemy, as well as the award-winning series Boston Legal, earning her two cast SAG nominations. For the BBC, she starred opposite Albert Finney and Julie Christie in the production of Dennis Potter's Karaoke. In Los Angeles, Burrows starred in Melissa James Gibson's This for the Kirk Douglas Theater. She played Janey Morris in The Earthly Paradise for the Almeida Theatre, London; and in Neil LaBute's Some Girls(s) on the West End stage. Burrows' theater work includes Jeanette Winterson's The PowerBook for the Royal National Theatre. Burrows' theater debut was for the Bush Theatre, London, in the play Two Lips, Indifferent Red directed by Vicky Featherstone.
Saffron Burrows is a member of Actress 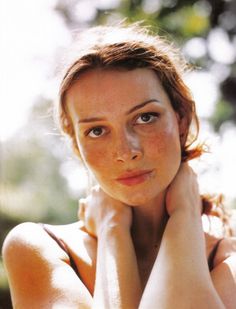 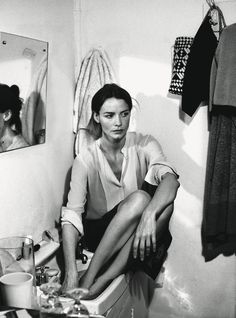 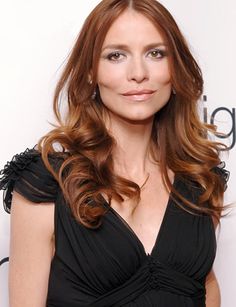 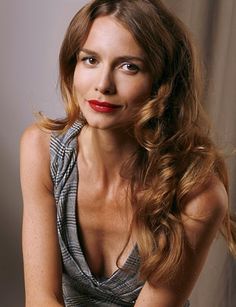 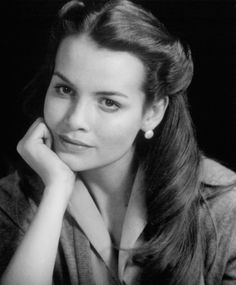 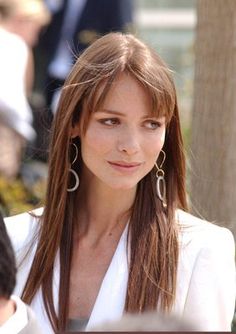 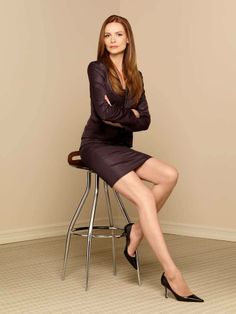 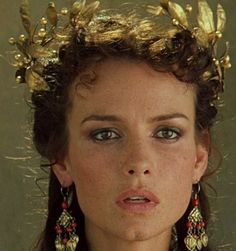 Burrows made her film debut in 1993 with a small role in Jim Sheridan's In the Name of the Father. Her first significant acting roles came in 1995, as an ambitious young Irishwoman in Circle of Friends. She appeared in Ngozi Onwurah's Welcome II The Terrordome. Following this, she starred in the BBC production of Dennis Potter's Karaoke (1996). Subsequently, she appeared in Hotel de Love, Lovelife, Nevada, One Night Stand, and The Matchmaker. In 1999 she appeared in Mike Figgis’ experimental film The Loss of Sexual Innocence, in which she played twins: one raised in England, the other in Italy. Burrows appeared in the thriller film Deep Blue Sea and later played the title role in a film of Miss Julie, which premiered at the Toronto International Film Festival.

In 1999 she appeared with Stellan Skarsgard in Timecode (2000), a split-screen digital experimental film shot in a single take with no edit. Burrows followed this film with Gangster No. 1, starring opposite Malcolm McDowell, Paul Bettany and David Thewlis. She co-starred alongside Kate Winslet and Dougray Scott in Michael Apted's 1940s drama Enigma. Tom Stoppard adapted the Robert Harris novel of the same name for the screen. Burrows would star in Tempted, an improvised thriller set in New Orleans, opposite Burt Reynolds and Peter Facinelli.

Mike Figgis' ensemble feature Hotel followed, re-uniting Burrows with some colleagues from Timecode, including Salma Hayek and Danny Huston in Venice, where she played the Duchess of Malfi. In 2002, she had a cameo role in Hayek's produced biopic Frida. After that, she dedicated herself to stage work. She was directed by Deborah Warner at the Royal National Theatre in Jeanette Winterson's The Powerbook. The play then toured, visiting the Theatre National Du Chaillot, Paris, and the Teatro Argentina, Rome. Burrows performed in Spanish in The Galindez File, a film written by Spanish Novelist Vazquez Montalban about a woman seeking the truth about the "disappearance" of a critic of the Dominican dictator Trujillo.

In 2004, she played the part of Andromache in Troy. In January 2005, she created the role of Janey in the world premiere of Earthly Paradise at the Almeida Theatre. The play of a love triangle between Janey Morris; her husband william Morris, the Writer and proponent of the Arts and Crafts movement; and Dante Gabriel Rossetti, the Pre-Raphaelite Painter. Theatre critic Nicholas De Jongh said of her performance in The Earthly Paradise that "Burrows takes to the stage like a swan to water ... She deserves no end of watching".

On 30 October 2005, she appeared on stage at the Old Vic theatre in London in a rehearsed reading of the 24-hour play Night Sky, alongside Christopher Eccleston. In 2006, Burrows was the female lead in the New Zealand thriller Perfect Creature. That same year, she worked with Chilean Director Raoul Ruiz on Klimt, his cinematic version of the life of Gustav Klimt. In this film she played opposite John Malkovich as the artist’s lover, a woman of many personalities and nationalities.

She performed in Hal Hartley's Fay Grim. Onstage in 2006, Burrows starred opposite David Schwimmer in Neil Labute’s world premiere of Some Girl(s) at the Gielgud theatre, London. She then starred opposite Don Cheadle and Adam Sandler in Mike Binder's Reign Over Me. Burrows played the female lead roles in the Indian film thriller Broken Thread, and in Dangerous Parking, a drama directed by Peter Howitt. On television, Burrows played attorney Lorraine Weller on ABC's Boston Legal (Season 4) from 2007–08. She starred on NBC's 2008 series, My Own Worst Enemy.

In 2008, Burrows starred in the independent film The Guitar, Amy Redford’s directorial debut, which premiered at the Sundance Film Festival. In 2008, she had a starring role as Martine Love in Roger Donaldson’s heist film The Bank Job. She played opposite Kevin Spacey in Jonas Pate's Shrink. She has contributed to the Actors Come Clean for Congo video for the Raise Hope for Congo campaign, a campaign of the Enough Project, in support of the conflict mineral issue.

In 2010, she starred as Detective Serena Stevens on Law & Order: Criminal Intent, departing at the end of the ninth season. In September 2010, she took part in the documentary feature film The People Speak, directed and produced by Colin Firth and Anthony Arnove, televised on the History Channel, linked with The People Speak (Film) – International. Burrows modeled for Marks & Spencer's autumn 2010 campaign for their Portfolio range. In 2012, Burrows performed opposite Rob Lowe in the political comedy Knife Fight. She has participated in the "24 Hour Plays" in London, New York, and Los Angeles.

In 2013 and 2014, Burrows joined the ranks of the Marvel Cinematic Universe on the ABC television show Agents of S.H.I.E.L.D. where she played the S.H.I.E.L.D. agent Victoria Hand in a recurring role.

She stars currently in the Amazon produced show "Mozart in the jungle" as Cynthia Taylor, a philandering Cellist with the New York Symphony. The series began in 2014.