As a drummer/backing singer, Abbot founded the Black Abbots in Chester during the mid-1960s and released several singles to modest chart success on minor labels in the early 1970s. The band only signed their first major recording contract in 1977, putting out a series of comedy singles and a lone live album with Abbot now taking lead vocals, before disbanding in 1980. Later on he appeared as a Comedian, winning the Funniest Man On Television award five times. Abbot appeared on the television show The Comedians under his birth name (Russ Roberts). From 1980 onward, he released some albums as a solo Artist and appeared in several TV series. The most successful of his music singles was called "Atmosphere", which did well in the UK top 10, peaking at #7 in 1984.

Abbot has been married to Patricia Simpson since 1967; the couple has four children.

Russ Abbot's Madhouse and The Russ Abbot Show showcased his talents as an all-round entertainer, attracting millions of viewers. This show was especially popular among younger viewers, prompting two annuals to be published in 1982–83. These annuals featured comic strips based on popular characters, plus some publicity photos of Abbot in a variety of guises, including his well-known James Bond satire featuring characters named Basildon Bond and Miss Funnyfanny (based on the fictional MI6 spy duo James Bond and Miss Moneypenny).

In 1993, Abbot hosted an Elvis special of Stars in their Eyes, originally to be presented by Leslie Crowther, who suffered serious injuries in a car crash in October 1992. Abbot was brought in as a temporary host and this was the only episode he hosted. He was replaced by Matthew Kelly, who then hosted the show until 2004 as Crowther was unable to return and he died in 1996.

Abbot's theatre roles include Alfred P. Doolittle in My Fair Lady (starring Amy Nuttall) at the Theatre Royal, Drury Lane and on tour; The Narrator in The Rocky Horror Show; Grandpa Potts in Chitty Chitty Bang Bang at the London Palladium and Fagin in Oliver! both in 1998 and 2009.

From 2000, Abbot played the lead role in the British National Tour of Doctor Dolittle. Taking a break over the Christmas period, Abbot stepped down for Phillip Schofield to take the part but returned to the tour subsequently. In 2003, his "See You Jimmy" character (called C. U. Jimmy) came third in the Glasgow Herald's poll to find the most Scottish person in the world, behind Iain and Jimmy Krankie.

From July 2007, he took over the role of Roger De Bris in the UK tour of Mel Brooks' The Producers. In 2008, Abbot appeared as the Tin Man in the stage production of The Wizard of Oz at the Mayflower Theatre, Southampton.

In 2008, the BBC announced that Abbot would be joining the cast of Last of the Summer Wine for the show's 30th series. He played Luther 'Hobbo' Hobdyke, who was the leader of a group consisting also of Entwistle, played by Burt Kwouk and Alvin, played by Brian Murphy.

In 2008 he guest starred in The Sarah Jane Adventures episode 'Secrets of the Stars' as a character called Martin Trueman, an Astrologer who was possessed by the Ancient Lights. On 8 August 2009, Abbot appeared in an episode of Casualty playing a pet shop owner. This marked Abbot's second Casualty role – he previously appeared as a different character in a 1999 episode. He appeared on Harry Hill's TV Burp parodying the character he played in Casualty.

In 2009, when Rowan Atkinson fell ill during the original run of Cameron Mackintosh's West End revival of Oliver!, Abbot stepped into the role of Fagin for the second time. He has again taken the role, after Griff Rhys Jones left the show on 12 June 2010. 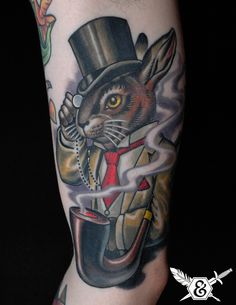 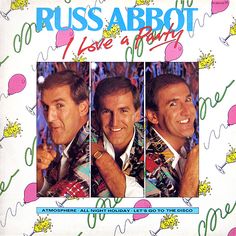