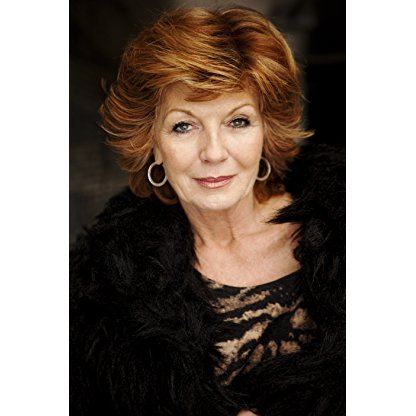 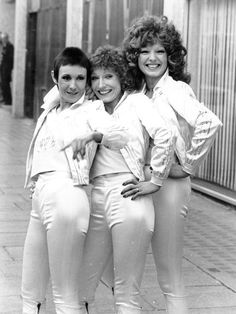 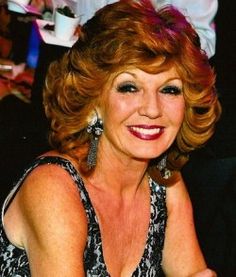 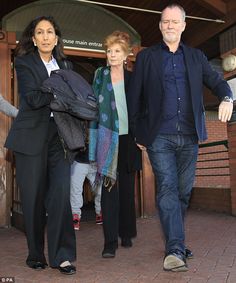 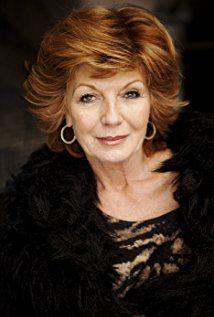 Lenska was born at St Neots, Huntingdonshire, England. Her family are members of the Polish nobility, and bearers of the Pomian coat of arms. They once owned a castle and estate in Kazimierza Wielka, Poland. Her father, Major Count Ludwik Łubieński (pl), was personal secretary to Józef Beck, Minister for Foreign Affairs in pre-1939 Poland. Later he became adjutant to General Władysław Sikorski, Prime Minister of the Polish Government in Exile and chief of the Polish military mission in Gibraltar during World War II. Łubieński later became head of the CIA-funded Polish Section of Radio Free Europe in Germany during the Cold War. Her mother was Countess Elżbieta Tyszkiewicz who escaped from Poland during the Nazi occupation, to Italy, but was captured with her mother and sent to Ravensbrück concentration camp where they survived for two years. Lenska has two sisters: Anna, an Actress who appeared in a few films in the late 1950s and early 1960s, and Gabriela. Lenska was educated at the Ursuline Convent School in Westgate-on-Sea, Kent.

Her big break was as Little Ladies' band member, "Q," in the British TV series Rock Follies (1976) and its sequel, Rock Follies of '77, the following year. By this time, she had renounced her title as a Polish countess; she has said of the decision, "In England it doesn't count, if you'll excuse the pun."

She has been married twice, first to actor Brian Deacon (4 June 1977–1987), with whom she had one daughter, Lara Parker (née Lara Deacon), and secondly, to actor Dennis Waterman, from 3 January 1987 until 31 March 1998. Both marriages ended in divorce. She and Waterman met on the set of Minder in 1982. Her marriage to Waterman ended because of his violent behaviour towards her and in March 2012 he caused controversy with some comments on that aspect of their relationship: "It's not difficult for a woman to make a man hit her. She certainly wasn't a beaten wife, she was hit and that’s different." Lenska said that she was relieved that he had now admitted beating her.

She has appeared in television series such as Special Branch, Minder, Boon, The Detectives, Footballers' Wives, To the Manor Born, One Foot in the Grave, Casualty, Space: 1999, Return of the Saint, Robin Of Sherwood, the Doctor Who serial Resurrection of the Daleks (in the 1970s, Lenska made it to the final five actresses short-listed for the role of companion Jo Grant), Doctors and EastEnders, in which she played Frank Butcher's girlfriend, Krystle, in a 2002 Costa del Sol special. She played Mrs. Peacock in series 2 of Cluedo. She also starred with John Inman in the short-lived (six episodes were screened) 1981 series Take a Letter, Mr. Jones, with Lenska as an executive and Inman as her secretary. In 2003, she starred in the black comedy Paradise Grove. She was also featured prominently in the popular 1981 series Private Schulz.

In December 2005, she appeared on stage with the London Gay Men's Chorus for their Christmas Show, Make the Yuletide Gay. She sang and danced while also hosting the show at Symphony Hall in Birmingham, the Dome Concert Hall in Brighton and the Barbican Centre in London.

Her work on tour with the London Gay Men's Chorus is assumed to have prompted her participation in the United Kingdom version of Celebrity Big Brother in January 2006. Her reason for accepting the invitation to go on the show was "I'm a crazy Polish Countess who likes a challenge". During the show, she declared that she had been a "Tibetan Buddhist" for many years but had been practising "Buddhism for the Common man", which has no hierarchical structure (Nichiren Daishonin), for two years. On 13 January 2006, with fellow housemate, British Politician George Galloway, she attracted the attention of the media by indulging in a role-play task set by Celebrity Big Brother, in which Galloway pretended to be a cat licking milk from her cupped hands, and Lenska stroked his ears and moustache. On another occasion during her time in the BB house, when accidentally locked in the toilet, singer Pete Burns quipped, "Oh dear, what can the matter be, clapped out Actress stuck in the lavatory." Lenska was the third housemate voted out of the show on 20 January 2006.

Her film roles included Soft Beds, Hard Battles (1974), Confessions of a Pop Performer (1975), Royal Flash (1975), Alfie Darling (1975), It Could Happen to You (1975), The Deadly Females (1976), and the cult film Queen Kong (1976) as Luce Habit. In the 2005 film Gypo, which was the first UK feature film to be made under Dogme rules, she played a Romani refugee from the Czech Republic living on a caravan site in Margate. She starred in the independent British film Jack Says, opposite her one-time EastEnders co-star Mike Reid, which was released on DVD on 22 September 2008. That same year she lent her voice to the animation film Agent Crush. In 2009, Lenska joined the cast of Coronation Street as new character Claudia Colby, an old friend of Audrey Roberts. In May 2011, Lenska quit the role in order to join the Calendar Girls tour in August 2011.

In 2009, she sought compensation from the Polish government for the Communist state's seizure of her family's Polish estate.

At the equivalent show in December 2006, Comedian Sandi Toksvig corrupted the lyrics of a song to suggest Lenska had a Christmas job in Debenhams. In 2007, she was toured alongside Marti Webb and Sheila Ferguson in a new musical about menopause called Hot Flush. and hosted a mini-show at Lutterworth Piano Rooms 3 November 2012.

Lenska was arrested and charged with being in excess of the UK drink driving limit on the 23 February 2016. The following month she was sentenced to a 16-month driving ban and ordered to pay a total of £526. Her three-year-old grandson was present in the back seat of the car.