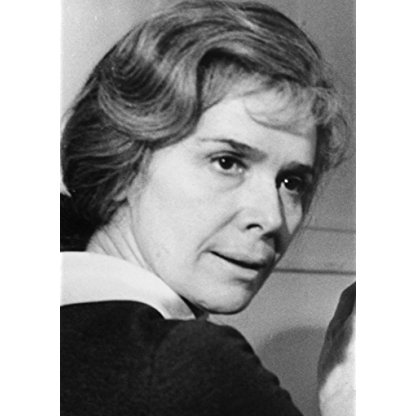 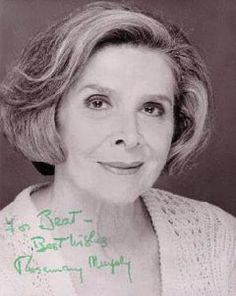 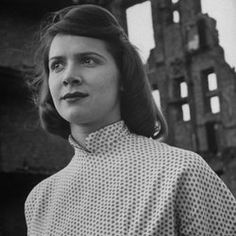 Murphy was born in Munich, Germany in 1925, the daughter of American parents Mildred (née Taylor) and Robert Daniel Murphy, a diplomat. The family left Germany in 1939 due to the onset of World War II.

She made her stage debut in Germany, in a 1949 production of Peer Gynt. She made her Broadway debut in 1950 in The Tower Beyond Tragedy. She went on to appear in some 15 Broadway productions, most recently in Noël Coward's Waiting in the Wings (1999).

She also acted in films and on TV, most notably portraying Sara Delano Roosevelt in the TV miniseries Eleanor and Franklin (1976) and Eleanor and Franklin: The White House Years (1977). She played Maudie Atkinson in To Kill a Mockingbird (1962) as well as Callie Hacker in Walking Tall (1973). The following year, in 1974, she appeared in the television film A Case of Rape, playing a ruthless defense attorney who brutally cross-examines a rape victim (played by Elizabeth Montgomery) and wins an acquittal for the man who attacked her. Her first soap opera role was Nola Hollister #2 on The Secret Storm from 1969-1970. In 1977, she appeared on All My Children as Maureen Teller Dalton, Eric Kane's former mistress, and the mother of his son, Mark Dalton. In 1988, she played Loretta Fowler for several months, the kleptomaniac mother of Mitch Blake and Sam Fowler on Another World. The following year, she appeared on As the World Turns as Gretel Aldin #2 (a role previously played by Joan Copeland) when her character's son, James Stenbeck, was allegedly murdered. She also appeared in episodes of Columbo and Murder, She Wrote.

She died on July 5, 2014, in Manhattan from esophageal cancer. She was married to the actor Reginald Marsh until his death in 2001 and she was survived by her sister, Mrs. Mildred Pond, and Four Children and Two Stepchildren.