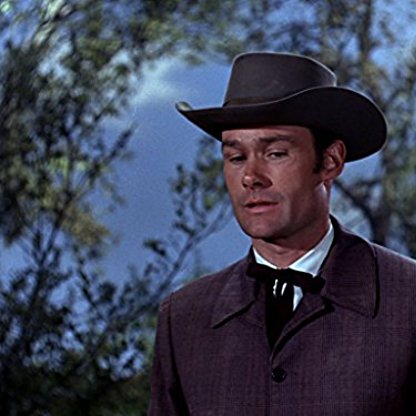 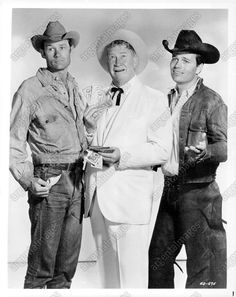 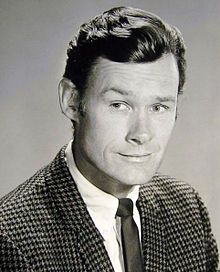 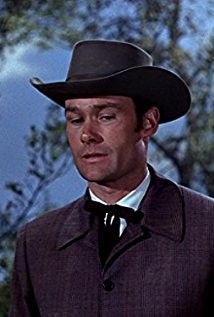 Hayes was born to Sam Hayes and the former Marion de Rode Brune in San Francisco. Both parents were heavily involved in the theater and acting. Hayes graduated in 1952 from nearby Stanford University with a degree in foreign relations. Hayes was a United States Marine in the Korean War. After military Service, Hayes worked for radio station KSJO in San Jose, California.

Late in 1957, Hayes was cast as "The Durango Kid" in the episode "Town of Fear" of the ABC/Warner Brothers western series, Cheyenne, starring Clint Walker in the title role. Walter Coy played Sheriff Sam Townley in this episode, in whose jail the Kid was being held prior to his ill-fated escape. John Doucette was cast as Bill Jenkins, the leader of a lynch mob that plans to remove the Kid from jail and to hang him.

From 1958-70, Hayes appeared in at least twenty-two western series:

Hayes appeared again with Walter Coy, along with Paul Birch, and Robert Knapp, in the 1959 film Gunmen from Laredo, the story of a man seeking revenge for the murder of his wife and the unlikely path to closure for his grief.

In the 1961-62 season, Hayes appeared in all 38 episodes as Lincoln Vail, officer of Florida's Everglades County Patrol, in the half-hour syndicated adventure series The Everglades. After The Everglades, Hayes appeared in more Westerns, including the last season of NBC's Laramie in two episodes "Shadow of the Past" and "Protective Custody". He then appeared in Jeffrey Hunter's Temple Houston as Lambert in the episode "Billy Hart" and on The Virginian as Marshal Brett Cole in the episode "Siege", both on NBC. From 1960 to 1964, Hayes appeared as different characters in eight episodes of Wagon Train. In 1964, he appeared once on John Gavin's Destry as Jethro Jellico in "Blood Brother-in-law". In 1965, he was cast as Jamie Brewster in the episode "A Long Way Home" of A Man Called Shenandoah.

Ron and Joan Hayes' marriage ended in a bitterly contested divorce. Early in 1965, he married Betty Endicott, a stunt Actress on NBC's Bonanza. Hayes himself appeared six times on Bonanza.

From 1966, Hayes co-starred as Ben Jones in M-G-M's short-lived ABC comedy-Western series The Rounders about cowpokes on a Texas cattle ranch, with Chill Wills as rancher Jim Ed Love and Patrick Wayne, a son of John Wayne, in the role of Howdy Lewis. Other co-stars included Walker Edmiston and Strother Martin. He also appeared on three 1966 episodes of the CBS animal drama Daktari playing Roy Meadows, an escaped murderer.

In 1967, Hayes appeared twice as George Moran on Walt Disney's Wonderful World of Color, with Roger Mobley in the title role. He appeared that same year in several episodes of the ABC soap opera General Hospital. In 1968, he appeared in the last episode of the first season of Ironside. He remained in demand for appearances on television westerns, having guest starred twice in 1968-69 on The High Chaparral in the episodes "Threshold of Courage" and "A Fella Called Kilroy". Hayes appeared in eight segments of James Arness's CBS series Gunsmoke.

From 1969-72, after Robert Bray, as Forest Ranger Corey Stuart, had departed the series, Hayes appeared seven times on CBS's Lassie, six of those in 1971-1972 in the role of rancher Garth Holden. His co-stars at the time were Larry Pennell, as his brother, and Larry Wilcox as a friend of his son's.

In 1979, Hayes portrayed a Sheriff Pinter in Arness's ABC series How the West Was Won. Otherwise, most of his work in the 1970s was on drama series, including Raymond Burr's Ironside on NBC and The Mod Squad on ABC. He also appeared in three CBS series, Jack Lord's Hawaii Five-O (as Roy in the Season 3 episode "The Ransom" & as Laughlin in the Season 5 episode "The Odd-Lot Caper"), william Conrad's Cannon (as Harry Gibbons in the episode "Press Pass to the Slammer"), and Buddy Ebsen's Barnaby Jones (as Sheriff Oscar Hamlin in "Target for a Wedding"). His last recurring work was as Hank Johnson in 1980-1981 in six episodes of CBS's prime time soap opera Dallas. Thereafter, in 1983, he appeared as Tim Coulton in "Children of Jamestown" of NBC's The A-Team starring George Peppard.

Hayes died at the age of 75 of complications of a subdural hematoma as the result of a fall near his residence in Malibu, California. He was survived by his three children (his son Peter died in September 2015) and five grandchildren.