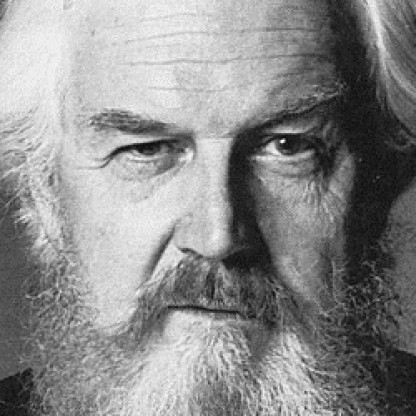 Robertson Davies was born on August 28, 1913 in Thamesville, Canadian, is Author and Journalist. Robertson Davies was an influential Canadian playwright, author, journalist and professor. He was one of the instituting owners of Massey College, an institution affiliated with the University of Toronto. As an author, he wrote a number of books, some of which were highly romanticized or set in ancient Europe. The books written by this Booker Prize-nominee include ‘What’s Bred in the Bone’, ‘Leaven of Malice’, ‘World of Wonders’, ‘Murther and Walking Spirits’ and ‘The Cunning Man’. Besides being known for his novels, he also wrote a number of plays throughout his lifetime including, ‘Eros at Breakfast’, ‘The Voice of the People’, ‘General Confession’ and ‘Brothers in Black Art’. With his large repertoire of work, he was considered a literary giant during his time and continues to inspire a number of budding novelists and playwrights today. One of his other qualities that assisted him in his ascent was the fact that he was a brilliant orator. He was adroit, humorous and undaunted to be out-of-date in the eyes of people. He was a man of many words and in his lifetime, he managed to enchant countless readers and audiences through this choice of words. Hence, he was popularly known as the ‘man of letters’.
Robertson Davies is a member of Writers 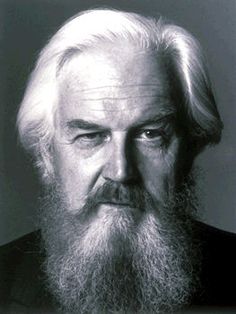 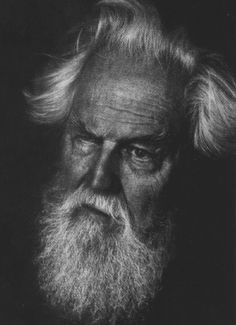 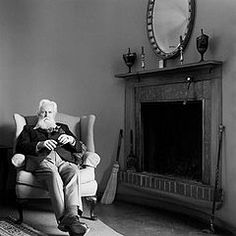 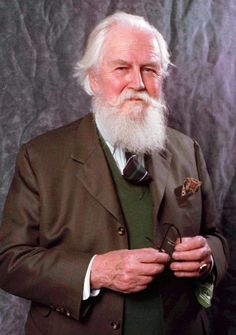 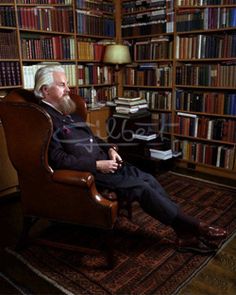 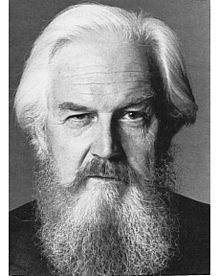 Davies was married to Brenda Ethel Davies (1917–2012) in 1940 and survived by four grandchildren and three great-grandchildren from his three daughters Miranda Davies, Rosamond Bailey and author Jennifer Surridge.

He spent his formative years in Renfrew, Ontario (Blairlogie in his novel What's Bred in the Bone); many of the novel's characters are named after families he knew there. He attended Upper Canada College in Toronto from 1926 to 1932 and while there attended services at the Church of St. Mary Magdalene. He would later leave the Presbyterian Church and join Anglicanism over objections to Calvinist theology. Davies later used his experience of the ceremonial of High Mass at St. Mary Magdalene's in his novel The Cunning Man.

After Upper Canada College, he studied at Queen's University at Kingston, Ontario from 1932 until 1935. At Queen's, he was enrolled as a special student not working towards a degree, and wrote for the student paper, The Queen's Journal. He left Canada to study at Balliol College, Oxford, where he received a BLitt degree in 1938. The next year he published his thesis, Shakespeare's Boy Actors, and embarked on an acting career outside London. In 1940, he played small roles and did literary work for the Director at the Old Vic Repertory Company in London. Also that year, Davies married Australian Brenda Mathews, whom he had met at Oxford, and who was then working as stage manager for the theatre. They spent their honeymoon in the Welsh countryside at Fronfraith Hall, Abermule, Montgomery; the family house owned by Rupert Davies.

Davies and his new bride returned to Canada in 1940, where he took the position of literary Editor at Saturday Night magazine. Two years later, he became Editor of the Peterborough Examiner in the small city of Peterborough, Ontario, northeast of Toronto. Again he was able to mine his experiences here for many of the characters and situations which later appeared in his novels and plays.

During his tenure as Editor of the Examiner, which lasted from 1942 to 1955 (he subsequently served as publisher from 1955 to 1965), Davies published a total of 18 books, produced several of his own plays, and wrote articles for various journals. For Example, Davies set out his theory of acting in his Shakespeare for Young Players (1947), and then put theory into practice when he wrote Eros at Breakfast, a one-act play which was named best Canadian play of the year by the 1948 Dominion Drama Festival.

During the 1950s, Davies played a major role in launching the Stratford Shakespearean Festival of Canada. He served on the Festival's board of governors, and collaborated with the Festival's Director, Sir Tyrone Guthrie, in publishing three books about the Festival's early years.

Although his first love was drama and he had achieved some success with his occasional humorous essays, Davies found his greatest success in fiction. His first three novels, which later became known as The Salterton Trilogy, were Tempest-Tost (1951, originally drafted as a play), Leaven of Malice (1954) which won the Stephen Leacock Award for Humour, and A Mixture of Frailties (1958). These novels explored the difficulty of sustaining a cultural life in Canada, and life on a small-town newspaper, subjects of which Davies had first-hand knowledge.

In 1960, Davies joined Trinity College at the University of Toronto, where he would teach literature until 1981. The following year he published a collection of essays on literature, A Voice From the Attic, and was awarded the Lorne Pierce Medal for his literary achievements.

In 1963, he became the Master of Massey College, the University of Toronto's new graduate college. During his stint as Master, he initiated a tradition of writing and telling ghost stories at the yearly Christmas celebrations. His stories were later collected in the book, High Spirits (1982).

Davies drew on his interest in Jungian psychology to create Fifth Business (1970), a novel that relies heavily on Davies' own experiences, his love of myth and magic and his knowledge of small-town mores. The narrator, like Davies, is of immigrant Canadian background, with a father who runs the town paper. The book's characters act in roles that roughly correspond to Jungian archetypes according to Davies' belief in the predominance of spirit over the things of the world.

Davies built on the success of Fifth Business with two more novels: The Manticore (1972), a novel cast largely in the form of a Jungian analysis (for which he received that year's Governor General's Literary Award), and World of Wonders (1975). Together these three books came to be known as The Deptford Trilogy.

When Davies retired from his position at the university, his seventh novel, a satire of academic life, The Rebel Angels (1981), was published, followed by What's Bred in the Bone (1985) which was short-listed for the Booker Prize for fiction in 1986. The Lyre of Orpheus (1988) follows these two books in what became known as The Cornish Trilogy.

During his retirement from academe he continued to write novels which further established him as a major figure in the literary world: Murther and Walking Spirits (1991) and The Cunning Man (1994). A third novel in what would have been a further trilogy – the Toronto Trilogy – was in progress at the time of Davies' death. He also realized a long-held dream when he penned the libretto to an opera: The Golden Ass, based on The Metamorphoses of Lucius Apuleius, just like that written by one of the characters in Davies' 1958 A Mixture of Frailties. The opera was performed by the Canadian Opera Company at the Hummingbird Centre in Toronto, in April 1999, several years after Davies' death.

Davies was a fine public speaker—deft, often humorous, and unafraid to be unfashionable. Often asked if he used a computer, Davies said in 1987: "I don't want a word-processor. I process my own words. Helpful people assure me that a word-processor would save me a great deal of time. But I don't want to save time. I want to write the best book I can, and I have whatever time it takes to make that attempt." In its obituary, The Times wrote: "Davies encompassed all the great elements of life...His novels combined deep seriousness and psychological inquiry with fantasy and exuberant mirth." He remained close friends with John Kenneth Galbraith, attending Galbraith's eighty-fifth birthday party in Boston in 1993, and became so close a friend and colleague of the American Novelist John Irving that Irving gave one of the scripture readings at Davies' funeral in Trinity College, Toronto chapel. He also wrote in support of Salman Rushdie when the latter was threatened by a fatwā from Ayatollah Ruhollah Khomeini of Iran in reaction to supposed anti-Islam expression in his novel The Satanic Verses.