Robert Treat Paine was bornon March 11, 1731 in Boston, United States, is Former Massachusetts Attorney General. Robert Treat Paine was one of the Founding Fathers of the United States of America who signed the Declaration of Independence on behalf of Massachusetts. A patriotic judge and politician, Paine was raised by highly religious and respectable parents who imbibed in their children a high regard for moral values and principles. A brilliant student, he finished school with top honours and enrolled at Harvard College where he actively participated in debates and discussions on scientific issues. He traveled widely as a young man and met many influential people who helped shape his personality. He was profoundly interested in politics and was one of the earliest Americans to oppose the British policies and raise his voice for the cause of freedom. When he got elected as a delegate to the provincial convention, he used this opportunity to work for the causes he believed in. He played a major role in American politics in the aftermath of the Boston massacre. In the trial following the massacre, Paine led the counsel for the prosecution of the British soldiers. He gained much prominence after this incident even though his side did not win the trial. He signed the Declaration of Independence in 1776 as a representative of Massachusetts at the Continental Congress.
Robert Treat Paine is a member of Political Leaders 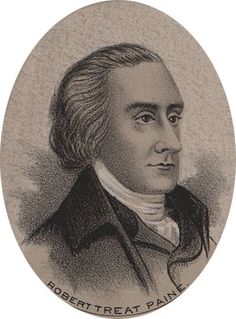 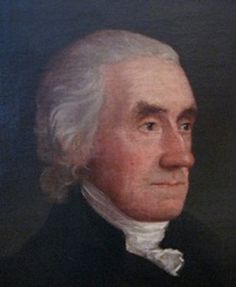 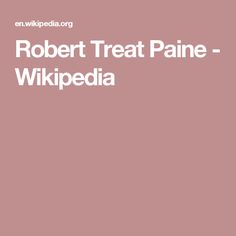 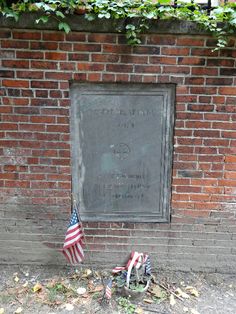 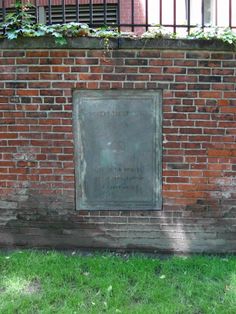 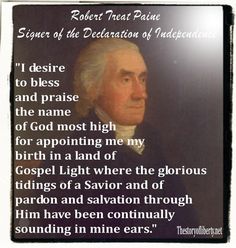 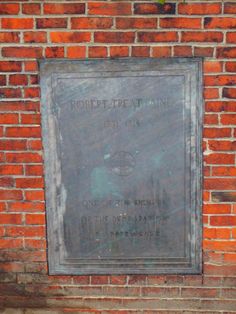 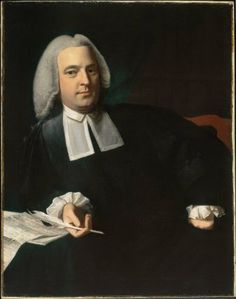 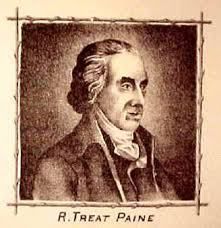 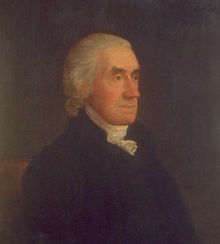 Robert Treat Paine was born in Boston, Massachusetts, British America on March 11, 1731. He was one of five children of the Rev. Thomas Paine and Eunice (Treat) Paine. His father was pastor of Franklin Road Baptist Church in Weymouth but moved his family to Boston in 1730 and subsequently became a merchant there. His mother was the daughter of Rev. Samuel Treat, whose father Maj. Robert Treat (later a Governor of Connecticut) was one of the principal founders of Newark, New Jersey. The Treat family in particular had a long history in the British colonies dating back to the Mayflower.

Paine attended the Boston Latin School and at the age of fourteen entered Harvard College, from which institution he graduated in 1749 at age 18. He then was engaged in teaching school for several years back at the Boston Latin and at Lunenburg, Massachusetts. He also attempted a merchant career with journeys to the Carolinas, the Azores, and to Spain, as well as a whaling voyage to Greenland. He began the study of law in 1755 with his mother's cousin in Lancaster, Massachusetts. Paine was unsuccessful in gaining an officer's commission in that regiment and so volunteered to serve as chaplain. When he returned from a brief military campaign to Lake George (the Crown Point Expedition), he did some occasional preaching and returned to his legal studies. In 1756 he returned to Boston to continue his legal preparations with Samuel Prat, and he was admitted to the bar in 1757. He first considered establishing his law practice at Portland (then part of Massachusetts but now in Maine), but instead in 1761 moved to Taunton, Massachusetts, then back to Boston in 1780.

Paine served in the Massachusetts General Court from 1773 to 1774, in the Provincial Congress from 1774 to 1775, and represented Massachusetts at the Continental Congress from 1774 through 1776. In Congress, he signed the final appeal to the king (the Olive Branch Petition of 1775), and helped frame the rules of debate and acquire gunpowder for the coming war, and in 1776 was one of the signers of the Declaration of Independence.

He returned to Massachusetts at the end of December 1776 and was speaker of the Massachusetts House of Representatives in 1777, a member of the executive council in 1779, a member of the committee that drafted the state constitution in 1780. He was Massachusetts Attorney General from 1777 to 1790 and prosecuted the treason trials following Shays' Rebellion. In 1780, He was a charter member of the American Academy of Arts and Sciences. He later served as a justice of the state supreme court from 1790 to 1804 when he retired. When he died at the age of 83 in 1814 he was buried in Boston's Granary Burying Ground.

A statue of Paine by Richard E. Brooks was erected at Taunton's Church Green in 1904.