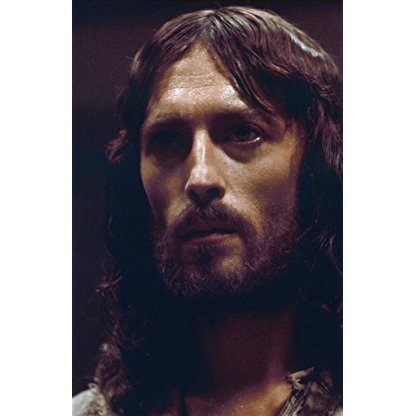 Robert Powell was born on June 01, 1944 in  Salford, Manchester, England, United Kingdom, is Actor, Miscellaneous Crew. Robert Powell was born on Thursday, June 1st, 1944, five days before D-Day, on Tuesday, June 6th, 1944, in Salford, Manchester, England. In 1964, he started his acting career while attending Manchester University. In 1967, he made his film debut, and later landed his first starring role in The Italian Job (1969). Some of his well-known movies include Franco Zeffirelli's Jesus of Nazareth (1977), Ken Russell's Tommy (1975) and Mahler (1974), the sequel or remake of The Thirty Nine Steps (1978), and the popular TV series, Doomwatch (1970). Robert ended his bachelor life, when he married Barbara "Babs" Lord, on Friday, August, 29th, 1975. They are parents of two children (1 son & 1 daughter). In 1982, Robert won the Best Actor award at the Venice Film Festival for his performance in Imperativ (1982). He won the best actor award at the Paris Film Festival for Harlequin (1980). For his portrayal of Jesus in Jesus of Nazareth he received best actor awards from TV Times and Italian TV Times, the international arts prize at the Fiuggi Film Festival, grand prize at the Saint-Vincent Film Festival, and a nomination as best actor from The Irish Academy of Film and Television arts. In reference to his role as Jesus in Jesus of Nazareth, Robert said, "I hope Jesus Christ will be the last in my line of sensitive young men for quite a while."
Robert Powell is a member of Actor 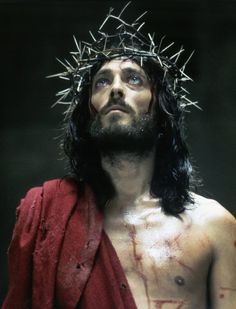 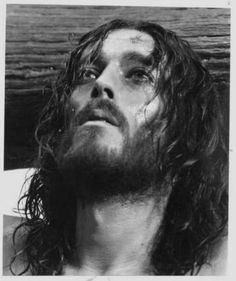 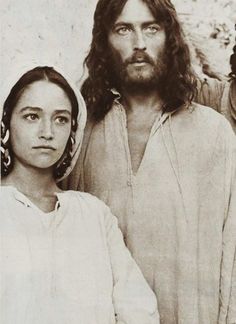 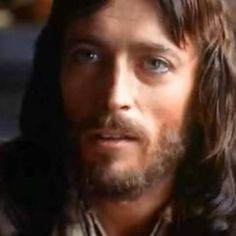 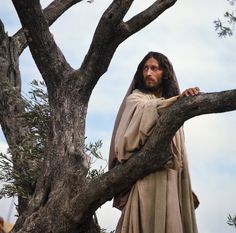 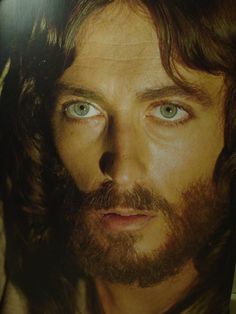 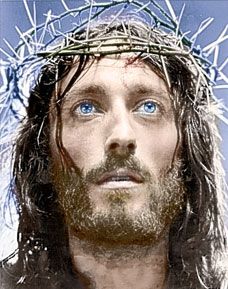 Powell took up acting while an undergraduate. He had aspired to become a Lawyer and in 1963–64 attended an external London University LLB degree course at the Manchester College of Commerce but at the same time quietly took acting roles under Trevor Nunn. At the College of Commerce he swapped roles with Bernard Brandon in a week-long College Revue of Comedy Sketches to see which role gave him "the best laughs". This early comedy experience was later to be fulfilled with Jasper Carrott. After this he secured a post at a repertory theatre in Stoke-on-Trent. His first film part was in Robbery when he played the engine driver who was coshed in the Stanley Baker film about the Great Train Robbery. He had a small role in the original film version of The Italian Job (1969) playing one of the gang, but had to wait a few years for his first success, playing scientist Toby Wren in the BBC's science fiction series, Doomwatch in 1970.

Having been killed off in Doomwatch right at the end of Series One in a bomb explosion, at his request, Powell became a pin-up and a household name, following up with starring roles in several BBC serials, including television adaptations of the novels Sentimental Education (1970) and Jude the Obscure (1971). He also appeared in the 1975 series Looking for Clancy, based on the Frederic Mullally novel Clancy.

For several years Powell continued as a television regular, with occasional forays into film, as the Austrian Composer Gustav Mahler in the Ken Russell biopic Mahler (1974) and Captain Walker in Russell's film version of Tommy (1975). His role in Tommy had few lines, speaking only during the overture with Ann-Margret, he is primarily seen through the mind of his son as played by Barry Winch (Young Tommy) and Roger Daltrey.

In 1975, Powell married his girlfriend, the Pan's People Dancer Babs Lord, shortly before he was due to start filming for Jesus of Nazareth on location in Morocco. On 23 November 1977, they had their son, Barney, followed in 1979 by a daughter, Kate.

In 1978, Powell took the leading role of Richard Hannay in the third film version of The Thirty Nine Steps. It met with modest success, and critics compared Powell's portrayal of John Buchan's character favourably with those of his predecessors. His characterisation proved to be enduring, as almost ten years later a television series entitled simply Hannay appeared with Powell back in the role (although the Buchan short stories on which the series was based were set in an earlier period than The Thirty-Nine Steps). Hannay ran for two seasons.

In 1980, Powell appeared in the film Harlequin playing the Harlequin of the title, who seems to have the power to cure the son of a powerful Politician. For this performance, he won the Best Actor Award at the Paris Film Festival. In 1982, he won Best Actor at the Venice Film Festival for his role in Imperativ.

In 1984, Powell made his U.S. film debut in What Waits Below (also known as Secrets of the Phantom Caverns).

In 1986, Powell narrated and co-starred in william C. Faure's popular miniseries Shaka Zulu, with Henry Cele in the title role. In 1992, he starred in the New Zealand World War I film Chunuk Bair, as Sgt Maj Frank Smith. In 1993–95, he was the voice actor of Dr Livesey in The Legends of Treasure Island.

On 29 October 2001, a state-of-the-art theatre named after him was opened at the University of Salford. He became a patron of 24:7 Theatre Festival in 2004, and continues to operate in this capacity. In early 2005 he became a regular in the UK TV medical drama, Holby City, where he remained for six years before departing to return to theatre. On 9 February 2008, he performed as narrator in Prokofiev's Peter and the Wolf with the Huddersfield Philharmonic Orchestra with Conductor Natalia Luis-Bassa in the North of England. In 2008–09, Powell was series announcer, (19 episodes), on BBC4's The Book Quiz .

Nowadays, Powell appears in person less often, but his distinctive voice is frequently heard on voice-overs, advertisements and as a narrator of television programmes such as Great Crimes and Trials and The Century of Warfare and World War II in HD Colour. He read the novel Love in the Time of Cholera by Gabriel García Márquez for BBC Radio 4's Book at Bedtime, and has also narrated many audio books including The Thirty Nine Steps, abridged versions of many of Alan Garner's books, and several abridged novels for The Talking Classics Collection. Powell has also lent his voice to musical works, such as David Bedford's album The Rime of the Ancient Mariner, or the 2002 rock opera The Hound of the Baskervilles, by Clive Nolan and Oliver Wakeman, where he played the role of John Watson. He also narrated on two rock albums by Rick Wakeman called Cost of Living and The Gospels (1987).

On Easter Sunday 1 April 2018, he appeared in a Smithsonian Channel Documentary Series based on his portrayal of the Franco Zeffirelli mini-series Jesus of Nazareth titled, The Real Jesus of Nazareth, narrated by Judd Hirsch. Based in Israel, it covered the Life of Jesus juxtaposed by the film segments portrayed in the film series Powell appeared in in 1977. The characters who appeared in the film are also discussed and their historical significance uncovered. The series covered 4 segments, each one hour in length dealing with historical elements of the story along with Powell interviewing biblical historians such as Helen Bond and Candida Moss.