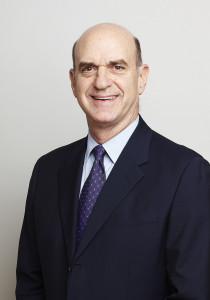 Robert Fisher Net Worth: Robert Fisher is an American businessman who has a net worth of $1.6 Billion. One of the three sons of Gap founders, Donald and Doris Fisher, Robert "Bob" Fisher sits on the board of the apparel empire that his parents started back in 1969.
Robert Fisher is a member of Richest Billionaires

Contributing to the further growth of the multinational clothing and accessories retailer, Bob also served as Chairman in the three year period from 2004 to 2007.

Gap employees more than 135,000 people and operates around 3,076 stores worldwide, out of which 2,551 are located in the U.S. A Princeton graduate, just like his brothers William and John, he headed to Stanford's Graduate School of Business. In the time of his switch from undergraduate to graduate college stints, Robert Fisher spent some time working at Bloomingdale's department stores in New York and Washington. Aside from his involvement in the family business, he also serves as a managing director at Pisces Inc., the Fisher family's investment fund.

Directly or indirectly through various family trusts, Doris and her sons own around 43% of the company's shares. At the peak of the company's performance, the Fisher family received $100 million a year in dividends alone. The family is one of the 30 largest landowners in the US, owning 440,000 acres in California alone.